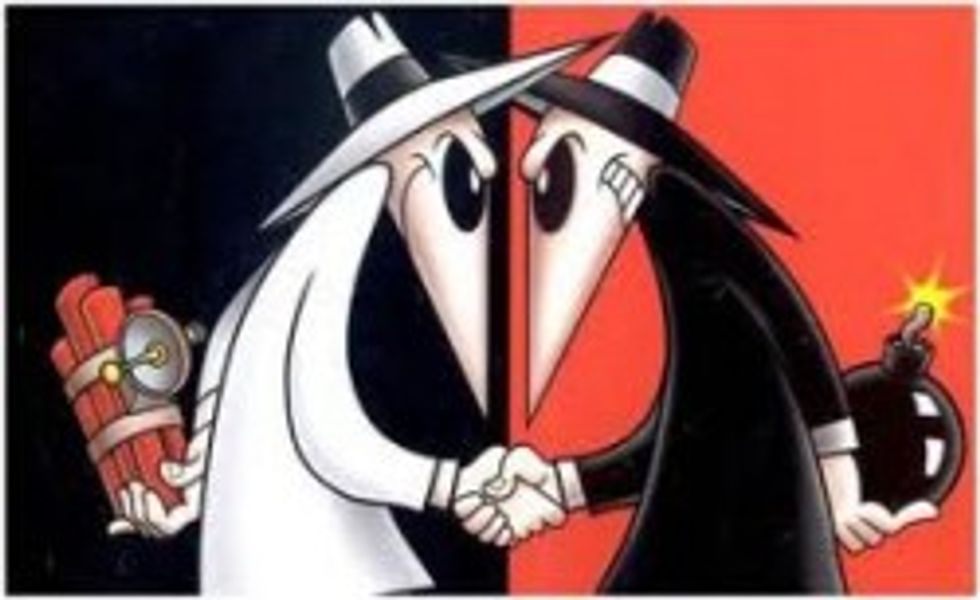 Father to Morning Joe cohost Mika Zbrezinzszkzy and Poland's former intelligence chief Zbigniew Siemiatkowski has been charged with violating international law and "unlawfully depriving prisoners of their liberty" by helping the CIA to set up a "black site" Qaeda (and, of course, "Qaeda-accused" and "Qaeda-adjacent") prison in Poland. This is excellent news for Dick Cheney!

So blah blah blah, torture torture torture, the CIA has sadz that "public controversies [...] have broken out" since they'd totally promised all their other spy friends it would just be our little secret. Oopsie.

But human rights advocates have applauded the inquiries overseas into what they believe was torture and illegal detention.

Here, from The New York Times, is Mr. Adam Bodnar, of the Helsinki Foundation for Human Rights.

“I remember the lessons of constitutionality given by the Americans in the early ’90s, always saying to us, you have to create a new constitution and every action by state authorities must have limits. Poland has just learned this lesson well.”

That's silly, why would we have done that? Everyone knows the only important parts of the Constitution are the Commerce Clause and the First Amendment, which says the government is oppressing you if it does not give you all its munneez. Duh. Everybody knows that. [NYT/MSNBC]