Apple Gets Patent To Destroy Its Own Creation 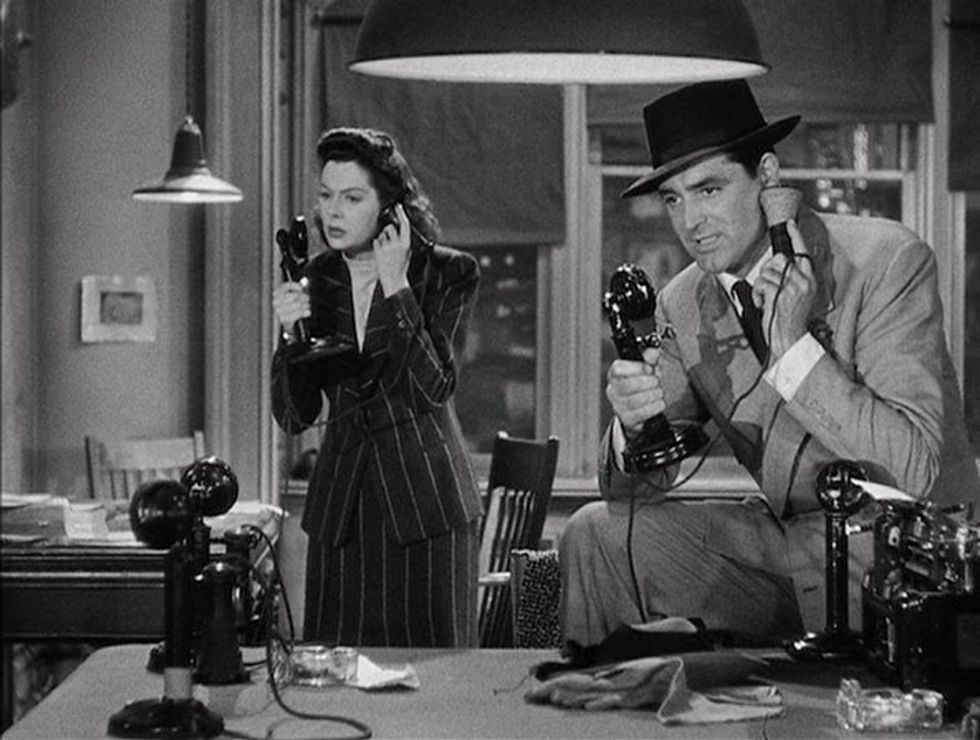 Former startup Apple is valiantly sticking up for the entertainment industry with a new patent designed to thwart obnoxious iPhone recordings.

Have to say, we can't think of anything that could go wrong with this technology in the hands of the wrong people. Nothing at all.

The patent shows that Apple may allow iPhone cameras to be disabled through special infrared sensors, giving the example of a concert venue using the technology to make sure no one makes bootleg videos of a touring band.

"I really dig this band, but one shaky video with average sound is enough for me. Let's not get tickets," said apparently everyone after seeing a four minute video clip.

While camera deactivation would require the venue or property owner to buy and install infrared transmitters, if Apple decides to implement this technology in future iPhones, there's a wide-range of scenarios whereby a third party would be able to deactivate a key product feature.

Is the constant iPhone video documentation of live events and protruding tongues sometimes annoying? Of course. But who put the "I" in "IRL?" Does Apple want to put the genie back in the bottle with technology that could disable documentation of things more important than an impromptu county fair jam sesh by The Guess Who? We look forward to our future and the role some House of Blues dipshit and also cops and the government might play in it.

Starbucks workers and customers are signing an online petition claiming "extreme" cutbacks in employee hours despite an increase in customer traffic. According to Reuters, this petition has been signed by more than 9,000 people.

At the heart of many complaints is an internal computer system that dictates staffing at individual stores and definitely harkens back to Starbucks' mission statement which aims to "inspire the human spirit."

"No matter what we do to save on labor at my store, the system tells us EVERY SINGLE DAY that we are at least 8 hours over in labor for the day and have to cut even more," wrote signer Aaron I.

Think about how difficult it is to get movement from management when the pencil-pusher is an actual person. Starbucks workers have to lodge complaints about cuts to the weekend night shifts to an algorithm.

In the liberal enclaves which deign to allow chain coffee shops, minimum wage increases also received their inevitable blame, though most worker complaints seem to reflect the inequity of seasoned workers' flat wages when all entry level wages received government-mandated bumps. But Guys, do you realize someone who works full-time at $15 an hour makes like $31,000 a year? I'll take a skim windfall to go please!

And then there's the little extras that are getting smaller and smaller.

Others said take-home pay had also taken a hit because tipping has fallen substantially amid broad customer adoption of the "Starbucks Rewards" program, which allows customers to pay with a loyalty card or mobile phones.

To this, despite the annoying proliferation of dumb rewards programs for dummies, we absolve Starbucks and say, tip your fucking baristas.

Payday loans are a well-documented scourge preying upon America's most vulnerable. But don't tell that to Tim Worstall of the Adam Smith Institute.

In a Washington Post column titled, "We can’t get rid of payday loans just because we don’t like them," Worstall supports an insanely nonsensical thesis with a warm embrace of Libertarian ideals - not to suggest that Libertarians are into hugs. So why can't we get rid of loans with typical annual percentage rates around 400%?

Banning things simply because we disapprove of other people’s choices is not a mark of a free society.

Worstall expands on this point by noting how ridiculous it would be to ban luxury cars. They're basically the same thing! In fact, if a military spouse can take out a payday loan to make a car payment, who's to say this short term boost in liquidity won't one day free the lucky person to own all of the Aston Martins?! Not Tim Worstall. In fact, some payday lenders don't even make more money than traditional lenders, which is the benchmark by which we should judge all lending practices.

In fairness to Worstall, he does suggest alternatives to the crippling debt of predatory loans: community banking, credit unions, postal lending, among other reasonable ideas. But beyond cryptic allusions to loan sharking, he never really gets to the point of why we need these financial instruments at rates outlawed for centuries. (Yep. Even in a time where human bondage was morally accepted, the idea of soaking people with even double digit interest was considered abhorrent.)

In the end, Worstall is essentially dropping "free market sorting it out" criticism of the Consumer Financial Protection Bureau - an agency that still can't cap interest rates on these loans. Thanks, Congress! Carry on, old chap.