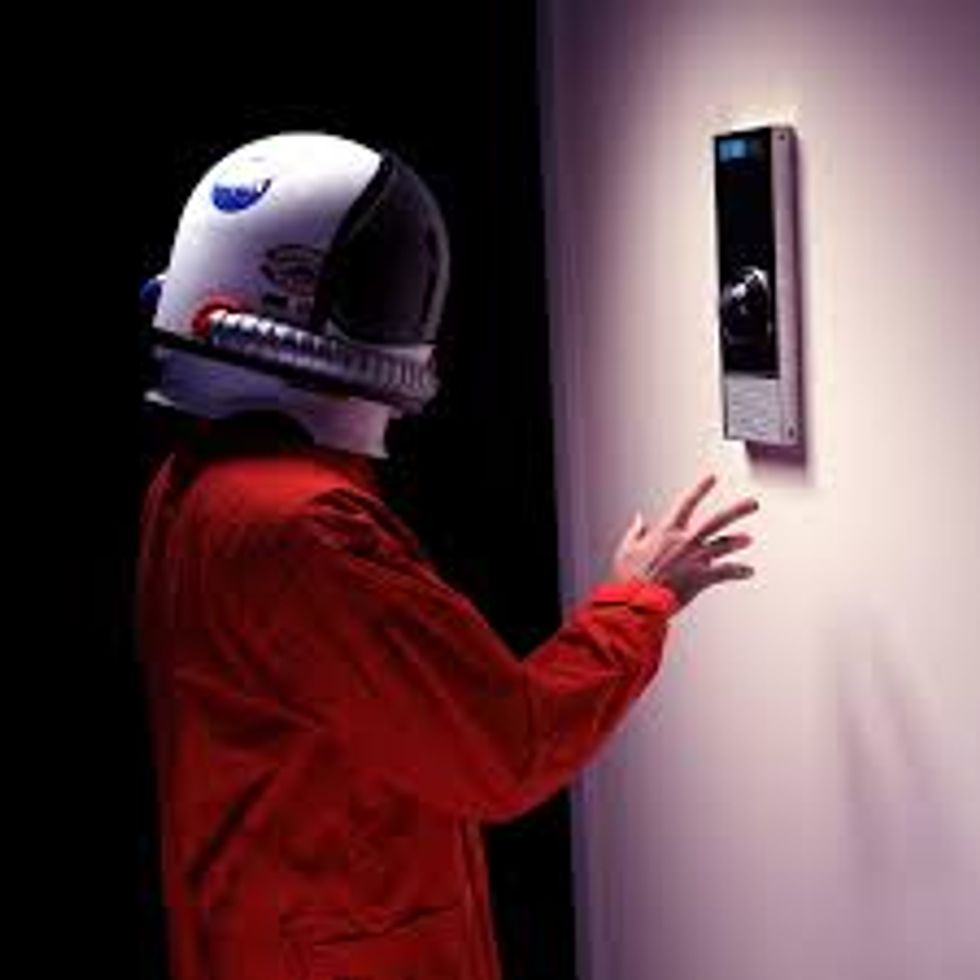 Corporations are people, my friend -- only a very SPECIAL kind of people who are above vulgar affairs like, say, paying taxes, or being held accountable. This is why it's not illegal for Incorporated Americans to avoid taxes, even if they are posting record profits, and also, because making corporations pay taxes is like class warfare, which, while not illegal, is un-American. This is why Apple, lord and master of the free market and captain of the laptop, did not do anything illegal by avoiding taxes using a complicated "web of tax shelters."

Even as Apple became the nation’s most profitable technology company, it avoided billions in taxes in the United States and around the world through a web of subsidiaries so complex it spanned continents and went beyond anything most experts had ever seen, Congressional investigators disclosed on Monday.

Congressional investigators found that some of Apple’s subsidiaries had no employees and were largely run by top officials from the company’s headquarters in Cupertino, Calif. But by officially locating them in places like Ireland, Apple was able to, in effect, make them stateless — exempt from taxes, record-keeping laws and the need for the subsidiaries to even file tax returns anywhere in the world.

We know what you are thinking: isn't this what Incorporated Americans do these days and why are we supposed to be surprised that a massive corporation like Apple posted record profits and yet paid little (or no) taxes? Good questions, all! Of course it is not surprising; it is, however, kind of remarkable given the size and scale of Apple's operations, and given that they chose to pay NO taxes rather than settling for paying LOW taxes, like most Incorporated Americans these days. From The New York Times again:

“Apple wasn’t satisfied with shifting its profits to a low-tax offshore tax haven,” said Senator Carl Levin, a Michigan Democrat who is chairman of the Senate Permanent Subcommittee on Investigations that is holding the public hearing Tuesday into Apple’s use of tax havens. “Apple successfully sought the holy grail of tax avoidance. It has created offshore entities holding tens of billions of dollars while claiming to be tax resident nowhere.” [...]

The findings about Apple were remarkable both for the enormous amount of money involved and the audaciousness of the company’s assertion that its subsidiaries are beyond the reach of any taxing authority.

Carl Levin is apparently forgetting that surely these tax savings will trickle down the corporate ladder, eventually falling on Apple's under-paid cadre of retail employees and "geniuses" to finally land on the Chinese people that assemble our iPads, iPods, and iMacs. Anyway, it is Congress' fault, says Tim Cook, because they didn't make laws that account for the use of computers. From the L.A. Times:

Cook said the tax code "has not kept up with the digital age" and restricts the free movement of capital in comparison to the codes of other countries. He called for a "dramatic simplification of the corporate tax code," including lower tax rates and a "reasonable tax on foreign earnings."

How odd, this is exactly why British MPs were yelling at Google and Amazon the other day! We guess their tax code is not "simple" enough either (because of how they are communists).

Anyway, here is what we predict will happen: 1. Apple fanboys everywhere will either blame this on the death of Steve Jobs, or excuse it as a perfectly reasonable privilege for Apple to have taken advantage of (or both), 2. some commie pinko like Bernie Sanders or Liz Warren will try to introduce a bill to make these kinds of activities illegal, and of course, 3. this bill will not pass and then 4. everyone will forget that this happened and corporate tax avoidance, as well as the normalization thereof, will continue apace.

UPDATE! Astute commenters have pointed out to us that Rand Paul (R-Blowhard) has demanded we all "apologize" to Apple for the "spectacle" and thank them for the Job Creation. Does it matter that most of these jobs barely pay a living wage because it is a PRIVILEGE to work for Apple? No, of course it doesn't; if these employees want better jobs they can get all the education they can afford. Apple's willingness to bust unions and avoid taxes during a period of unprecedented profitability, according to Rand Paul, is an "American success story" and we should all apologize for hurting Apple's feelings. To be fair, apologizing to wrong-doers (corporate and otherwise) is a proud American tradition. See, for example, the heartfelt sorry from Joe Barton (R-Tony Hayward's butt) to the CEO of BP for putting an ocean and some coastline in the way of its oil drill, or Harry Whittington's apology to Dick Cheney for putting his face in front of Dick Cheney's gun! Perhaps we should apologize to Rand Paul for failing to see why an apology to Apple is part of an honored American tradition.