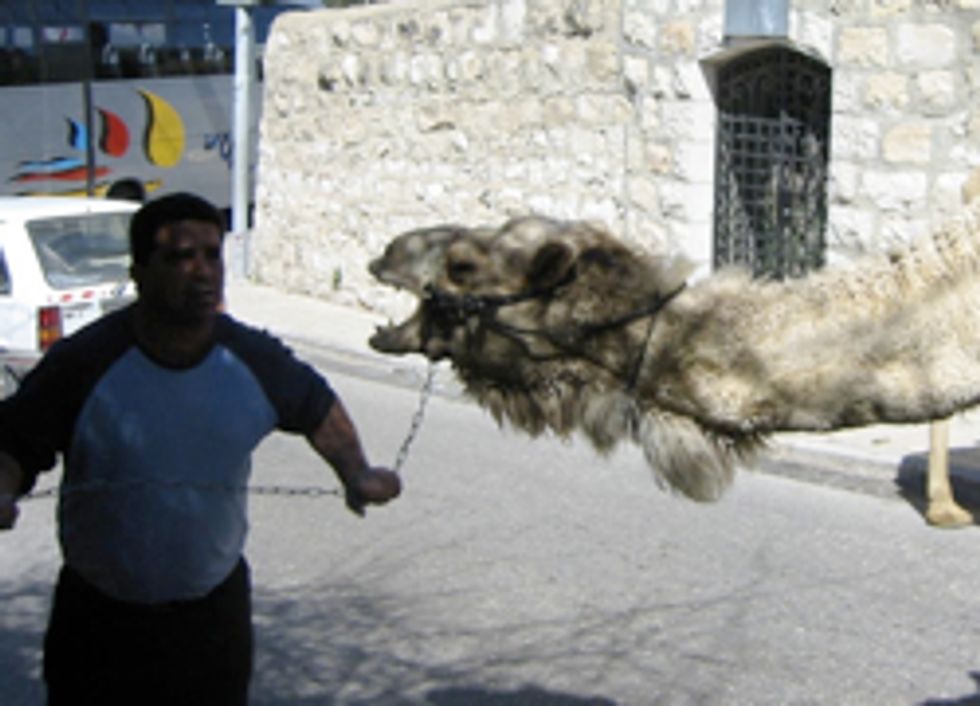 A transition of power, combined with the crumbling economy, leaves America very vulnerable to the Terrorists. It is very clear to them, the Terrorists, that we do not have our shit together, at all. We havethree presidents and 42 cents of real wealth; we grow a lot of corn. If you were a Terrorist looking at this, you'd just want to fucking bomb it, right? This is why we should have elected Republicans, America, because they know two things: (1) camels are from the Middle East and (2) filthy Mexicans are always sneaking into our country and then giving AIDS to our children. And yesterday two camels were seen wandering around a Mexican border city, trying to blend in, acting all cool, keeping it real discreet-like. It's pretty clear, then, that the Arab Terrorists are coming from Mexico to, uh, eat yr brains.

CIUDAD JUAREZ, Mexico (AP) — It may have seemed like a mirage: Two camels nibbling on a pine tree along a street in this desert metropolis on the Texas border. Police tried lassoing the animals, which lunged at the officers with snapping teeth as onlookers chuckled.

Mean fuckers, alright. And these are just the advance scouts.

What we need now is that guy who hated the Illegals so much, the one who was so crazy about border security. Like, worse than all the other Republican presidential candidates combined. Goddamnit, what was his stupid idiot name!!! He was a frumpy hobbit... he told us to "get our act together" after an interview in New Hampshire, hilarious...

DO YOU WANT A CAMEL TO RAPE YOUR KIDS AMERICA?