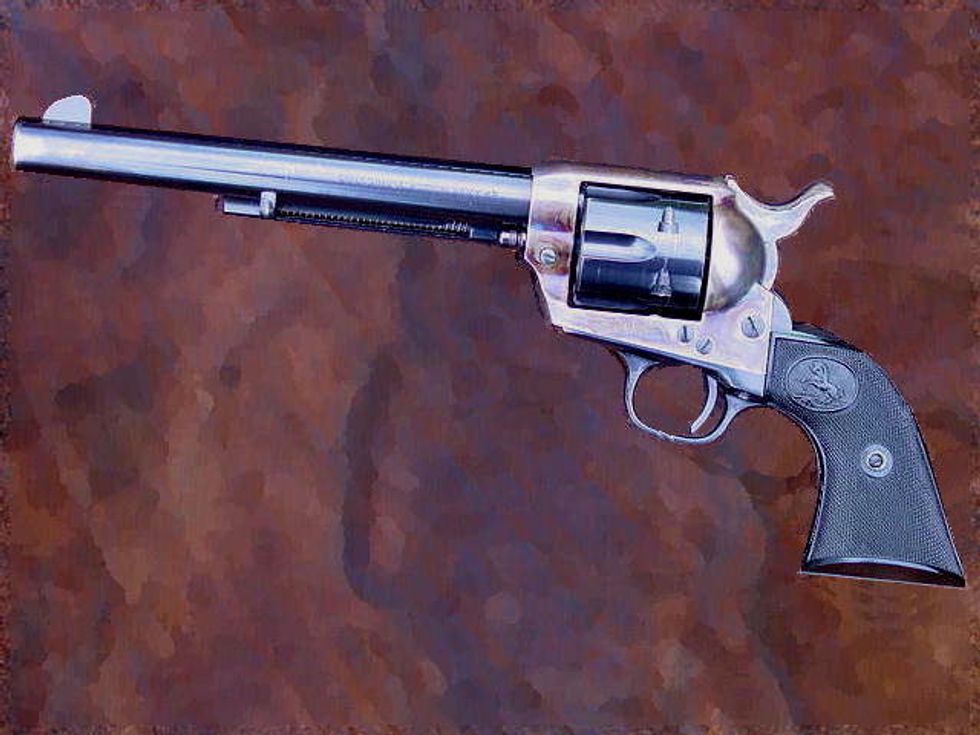 Our formerly desert-dwelling pal Cord Jefferson has the embarrassing details on his homeland:

Sponsored by 43 of the 90 members of the Arizona legislature, the new bill seeks to make the Colt single-action Army revolver the "official state firearm" of Arizona. In January, lawmakers in Utah moved to make M1911 semi-automatic pistol the official gun of that state.

In a Facebook group advocating for all states to adopt official state guns, the administrator writes, "States have symbols such as flags, birds, dinosaurs, reptiles, insects, flowers, even cookware. None of these symbols would have become necessary without guns and the freedoms they helped our forefathers obtain."

GUNS MADE BIRDS HAPPEN. GUNS MADE DINOSAURS HAPPEN. WE ARE NOT SURE IF GUNS MADE GOD OR GOD MADE GUNS, BUT THEY'RE PRETTY GOOD FRIENDS, AT LEAST. [GOOD]