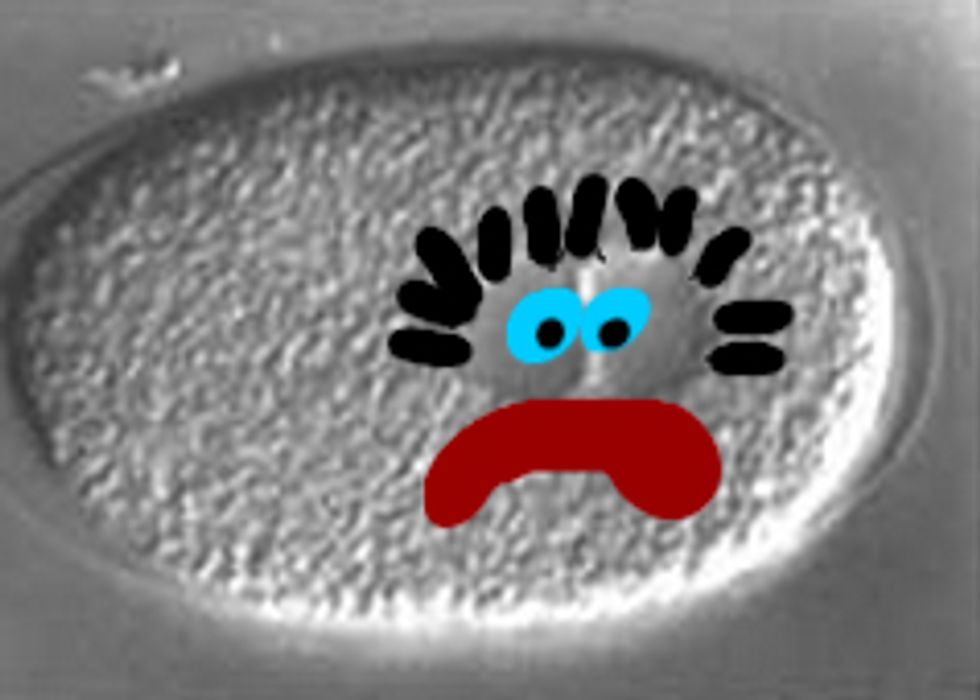 Arizona has now "outdone everyone," as another media outlet puts it, by trying to establish that really when you think about it, a baby is made during that unpleasant time of the month during which a woman discards last month's egg in preparation for a new one that she may or may not intend to meet with a sperm in holy zygotrimony. Yes, that's right, AZ has already passed a bill in the senate, now making its way to the house, stating that the "age" of a zygote should be "calculated from the first day of the last menstrual period of the pregnant woman." Sometimes it takes a couple of penises who don't know anything to show us how the world really works. How things really should be. Life begins at conception, yes indeed, and conception is a bloody mess during which it is statistically nearly impossible to get pregnant.

Yes, so. HB 2036 passed the Arizona state senate last Thursday, and it is going before the house this week. The main tenet of this disaster is to ban abortion after 20 weeks. But how long is a week, really, and how might Arizona's fat old men eke out two more weeks from somewhere in time? How about the time when eggs aren't technically around and babies are just ideas, figments, concerns, nightmares, cauchemars, dreams, reveries?

The bill has some other nasty clauses. Anyone performing an abortion 18 weeks after conception (20 weeks after menses):

...can be charged with a crime, have his or her license revoked or suspended, and can be held liable for civil penalties if the father of the fetus decides to pursue legal action.

Seeing that this is America and 2012, women would also be required to have an ultrasound prior to having an abortion. The performing doctor would also have to "show a pregnant woman the ultrasound, describe it to her verbally and provide her with a photo of the unborn child." Great, what else is new.

So, all in all, a nice new way of looking at menstruation: as a friendly reminder to schedule that abortion! THINK AHEAD, LADIES. Stop procrastinating! [Mother Jones via RH Reality Check]