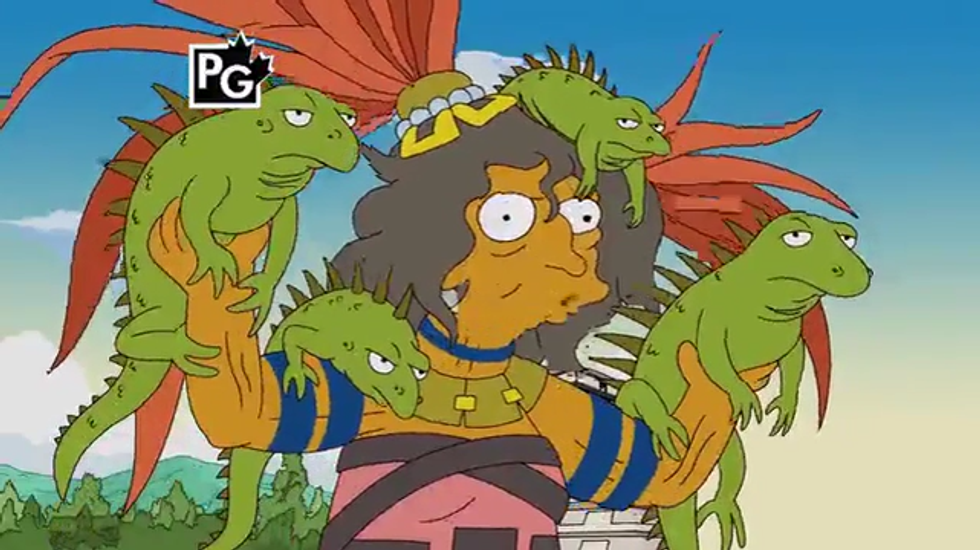 A committee in the Arizona Senate voted Tuesday to advance several bills aimed at making the federal government mind its own darn business and just leave Arizona alone. One bill would invalidate any federal gun laws that Arizona decides violate the Second Amendment (and would also punish the city of Tucson for passing its own laws governing firearms). Another measure would forbid state and local governments from helping federal agencies collect Arizonans' phone or email metadata without a warrant -- and anyone who helped the feds would be forbidden from holding any state office, forever, for reals.

Our favorite is a bill declaring county sheriffs the supreme law enforcement officials in the land, a belief of the old Posse Comitatus group updated for modern consumption. Under this bit of genius, sheriffs would be empowered to arrest federal officials who enforce federal law in Arizona without the sheriff's permission. At least until the first time a sheriff tries it and the law gets thrown out in federal court, at which point Arizona would presumably secede and fire on Fort Sumter.

All this brilliance came out of the "Committee on Federalism, Mandates and Fiscal Responsibility," which we figure will probably be named by the SPLC as a dangerous radical group any day now. The Arizona Daily Star explains, with near-audible astonishment:

Potentially the most far reaching is SB 1384, drawing a line in the sand over which federal employees and officials dare not step without first seeking local permission. Sen. Judy Burges, R-Sun City West, said it simply recognizes the supremacy of the state over the federal government -- and of the sheriffs as each county's chief constitutional and law enforcement officer.

"No police power is granted to anyone in the county without first consent of the sheriff of that county," she said. Burges said sheriffs have a duty to protect the federal and state constitutions.

"And it is equally a duty of the sheriff to protect and defend the citizens' business of his county from any and all abuses of constitutional rights and freedoms, even in the name of law enforcement," she said.

Not that the U.S. Constitution actually says that sheriffs outrank federal officials -- it's just a bit of flummery that a lot of wingnuts in the anti-tax and "sovereign citizen" movement believe. And also the majority of one committee in the Arizona state Senate.

Judy Burges, we should note, is also pretty sure that the UN's Agenda 21 is Coming To Take Away Our Freedom, just like in communist Brazil, as Phoenix New Times reported in hilarious detail in a 2013 profile. She also thinks that "energy efficiency" is a UN plot to enslave America, and in April 2014 traveled to Nevada with several other Arizona legislators to visit Cliven Bundy and let him know they thought he was a swell guy.

In addition to all the anti-fed stuff, the committee also advanced SB 1291, which would punish any Arizona community that passed gun laws that conflict with state law. The measure is designed to slap down a couple of tyrannical anti-freedom laws in Tucson: One allows police to give breathalyzer tests to people suspected of using a firearm while intoxicated, and another requires people to report theft of a weapon to police, which is obviously just the first step to registering and confiscating all guns. We're pretty sure Hitler gave breath tests too.