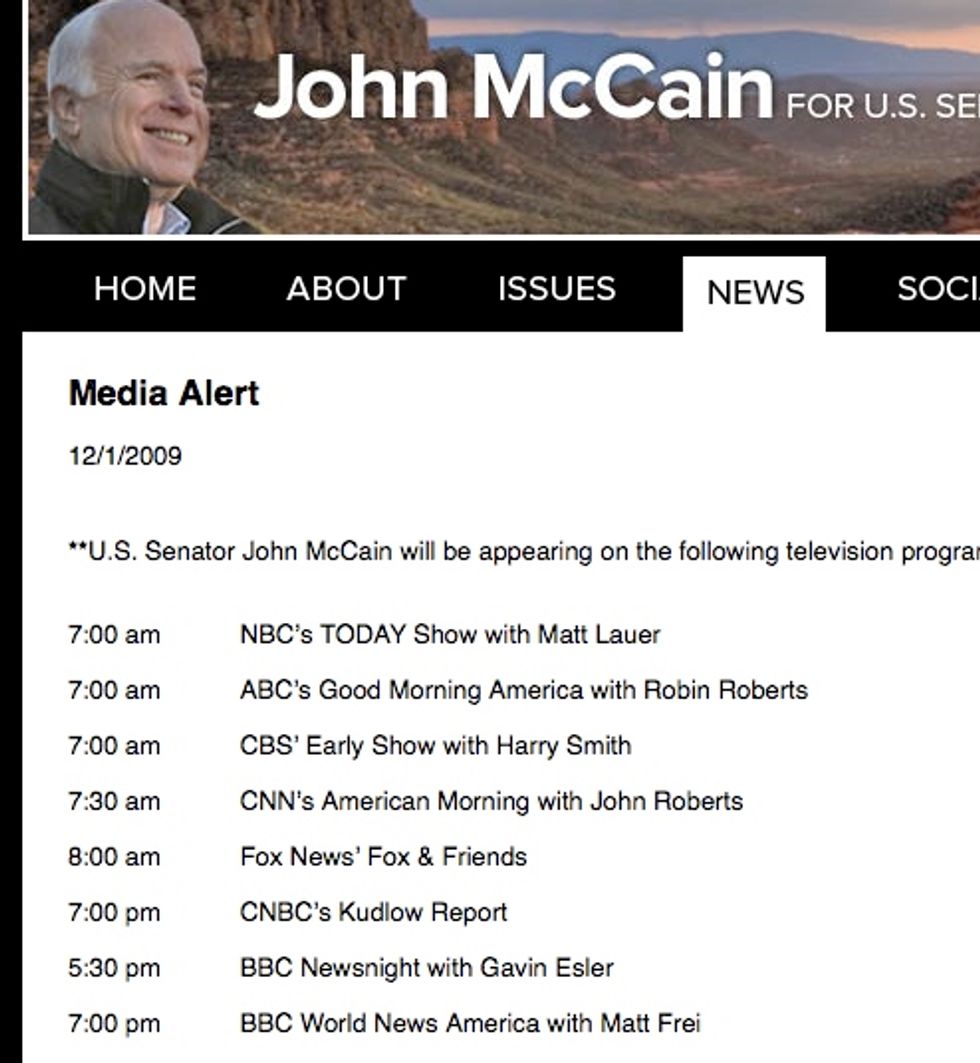 Judging from how hard television producers have already worked to book John McCain on their shows this year, to discuss topics he doesn't give a flying fuck about, like health care or domestic policy in general or really anything non-deathbomby, he will now probably be on most television shows at all times for the next week or so to discuss his figurehead (Very Serious) role in determining Afghanistan strategy. He even has three programs left today -- yeah, that's right England, you have to put up with this shit too; he's coming to bomb your "telly" at 19:00 Royal Queen's Time. And don't be surprised if he shows up on tomorrow's episode ofFriends, or whatever the top programs are these days. [John McCain via No More Mister Nice Guy/Balloon Juice]