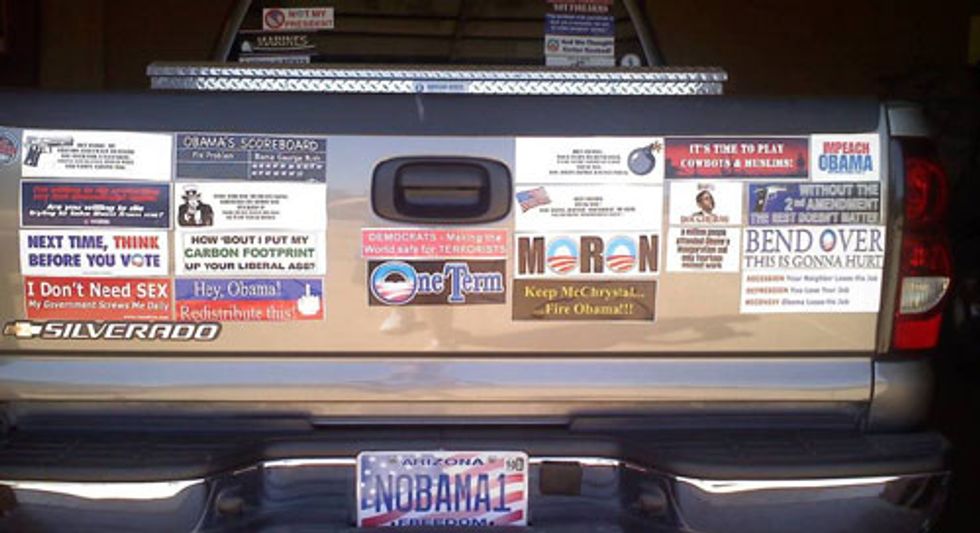 Arizona's horrible old white people have responded in exactly the way you'd imagine to the Tucson Massacre that took the lives of six people -- including a federal judge and a little girl -- and gravely injured Congresswoman Gabrielle Giffords and eight others, all for the sin of taking part in an American political get-together at a Safeway in a strip mall. Pima County Sheriff Clarence Dupnik is a popular Democrat who has won election eight times, but then he had the nerve to say that all the crazy gun nuts shooting everybody in Arizona is more proof that the wingnut state is "a mecca for prejudice and bigotry." And a bunch of Tea Party fanatics (who mostly own gun stores) have told important Tucson newspaperThe Washington Times that Dupnik has gone too far! He must be recalled!

Here, from the Moonie pamphlet:

Now it's Sheriff Dupnik who finds himself on the public-opinion hot seat. A group opposed to illegal immigration has begun an effort to recall the sheriff in a special election. Meanwhile, a Pima County tea party group is planning on holding a "Dump Dupnik" rally next week outside his office.

"I haven't been a fan of Dupnik's for a long time, but this really was the straw that broke the camel's back," said Tom Rompel, co-owner of Black Weapons Armory in Tucson. "He's law enforcement. We expect 'the facts, ma'am,' not his opinion. He leans far left, always has, and frankly, people have had enough."

You tell him, Turdlington! [Washington Times]