Armchair Warrior Glenn Beck Bravely Stands Up Against America's Real Enemy, A Critic Who Didn't Like A Movie 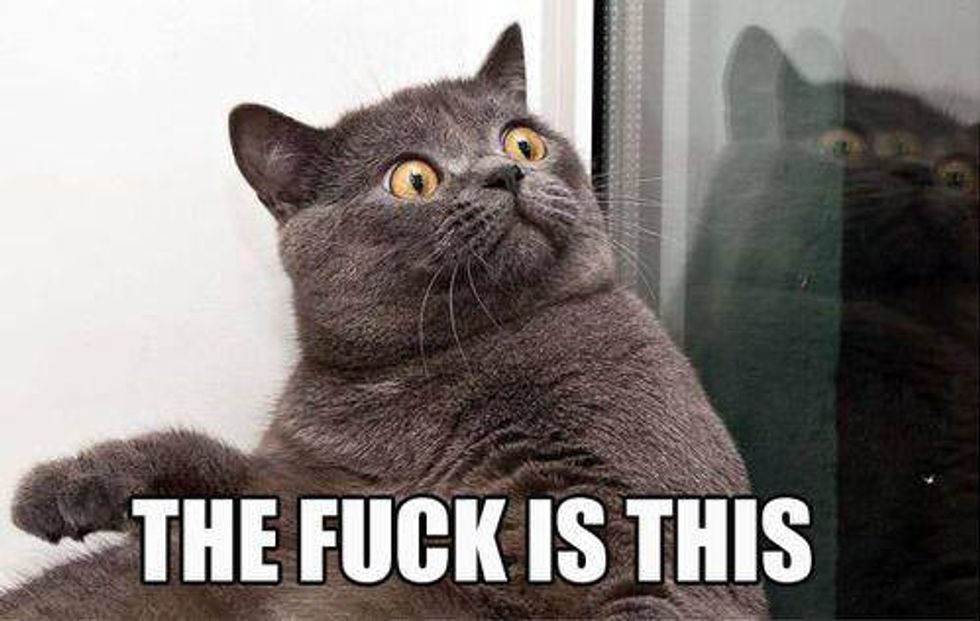 Yesterday scabrous poop demon Glenn Beck took a break from cruising the streets of Philadelphia asking women to jerk him off with Swiss cheese to attack the greatest threat to freedom and our American way of life since the Hessians occupied Trenton: film critics. Or rather one film critic, Amy Nicholson of the LA Weekly. Nicholson had the temerity to dislikeLone Survivor, the based-on-a-memoir movie about an ill-fated Navy SEAL mission in Afghanistan in 2005. Apparently not liking this film is akin to dissing The Troops, which is all the squeaky chew toy that Glenn Beck needed to issue a fatwa against Nicholson, giving his fans the green light to rain hellfire and brimstone down on her on Twitter. We hope the screeching band of armchair jockeys enjoyed working out all their playing-soldier fantasies with their charming death threats and cunt-calling.

Before we slog further into this crap-filled sewer, full disclosure about Nicholson's connection to Wonkette: she and yr Humble Author attended grad school at the same time, had one class together around 2006, and have mutual friends. Additionally, yr Editrix, being an L.A.-based journalist, participated in a Village Voice Media podcast with her last summer on the important (and anti-American) topic of Disney's The Little Mermaid. Now that we have dispensed with the journalistic ethics, let us use this controversy to hurl some insults at the bipedal butter tub Glenn Beck.

Not that hurling insults at the rancid smegma that is Glenn Beck was our intention when we sat down to write this post. We were going to suggest that the hare-brained fuckwit Glenn Beck go back and read the review a little more carefully and see if he couldn't get some of the nuance this time. We were going to counter a couple of the points that so excised the blubbering ass boil Glenn Beck by noting that Nicholson was not making stuff up, there has indeed been some controversy since the publication of Marcus Luttrell's memoir about the exact number of enemy soldiers that Luttrell and his fellow SEALs faced during the battle in Afghanistan and that asking these questions does not mean someone lacks respect for the sacrifices of Marcus Luttrell and his brothers in arms. We were going to mention that the ghost writer who wrote the book while Luttrell was deployed overseas was chosen because he had written several fictional novels about Navy SEALs, and that it was actually the United States Navy that hired the guy, and anyone who unblinkingly assumes our military must be above exaggerating the truth about a soldier's exploits for propaganda purposes out of respect for The Troops has never heard of Pat Tillman or Jessica Lynch, just to name two. Shoot, we could just point out to jabbering twat waffle Glenn Beck that movies based on true stories often take liberties with the real events in order to heighten the drama, and sometimes this process turns even the best stories into unwatchable celluloid garbage.

Then we realized that other people have already explored these questions muchmorethoroughly than we have room for and that research can speak for itself. Leaving us free to pursue our more modest goal of asking rotted whale carcass Glenn Beck if he is proud that he got the brain-dead tapeworms who listen to his show so riled up they spent the day hurling charming tweets at Nicholson in which they called her a coward, a cunt, and a dumb bitch; invited her to leave the country or put a bullet into her own skull; and openly wished for her to be raped and murdered. (We will not be screenshotting any of these lovely bromides because fuck these people, but we will link to our Twitter search for mentions of @TheAmyNicholson in case any of you feel like starting off your day with a rage-induced aneurysm.) We are free to suggest to quivering bowl of porcupine semen Glenn Beck that he take a reading comprehension course, or stay off the Internet and the radio and the TV until he's had his dosage adjusted, or ask his local fire department to bring over the Jaws of Life to pull his bulbous head out of his ample ass.