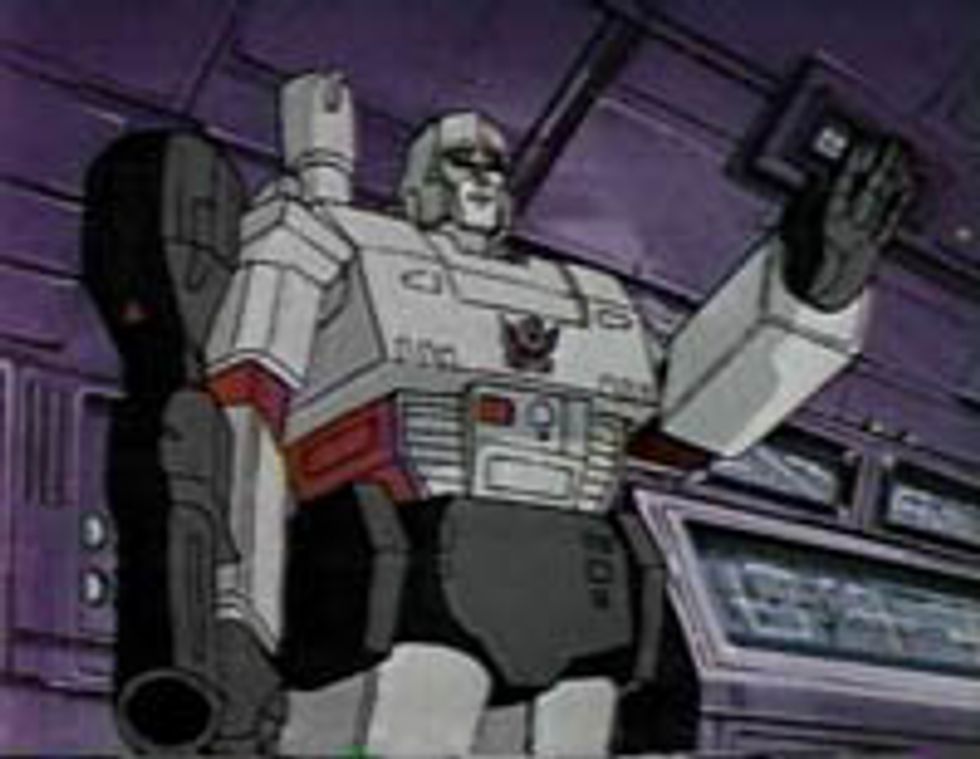 Have you heard of these frightening creatures called"Obamacons"? They fold up into trucks and shoot laser beams out of their eyes, and they have terrifying names like "Chuck Hagel" and "Colin Powell." But are they good or evil? That depends on whether or not you're Robert Novak, who wrote a column or something about them today.

Novak explains that these "Obamacons" used to be conservatives, but now they want to kill their movement in order to save it. That's why they're supporting the liberal elitist Barack Obama! Well that and Colin Powell feeling bad about not running for First Black President himself.

Other Obamacons like Larry Hunter seem to have switched teams just so that they can write sentences like this on their blogs: "The Republican Party is a dead rotting carcass with a few decrepit old leaders stumbling around like zombies in a horror version of Weekend With Bernie, handcuffed to a corpse."