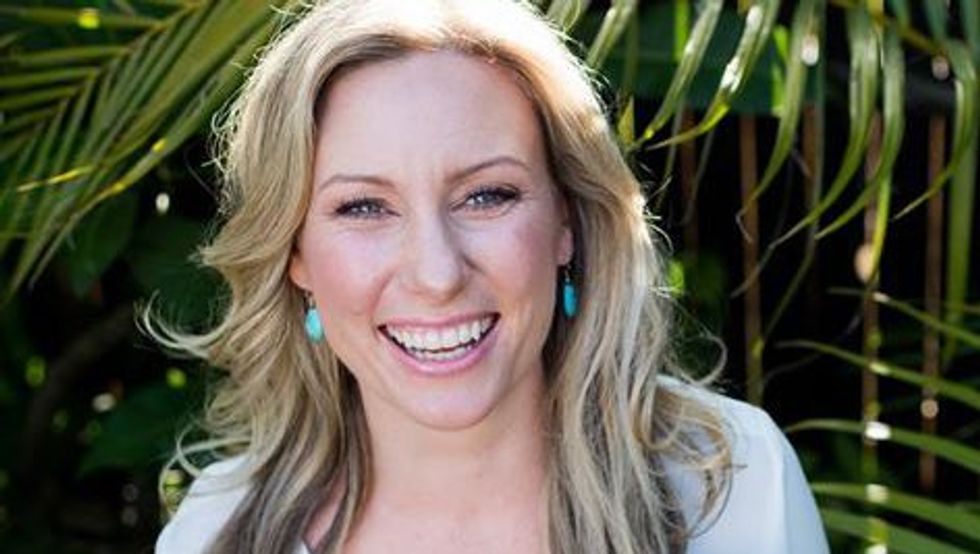 No one would question that Justine Damond was the innocent victim of a police shooting. The 40-year-old Australian native and meditation teacher was shot to death in the alley behind her home last weekend, by police responding to a 911 call she placed to report a possble sexual assault. That is incredibly, incredibly fucked up and heartbreaking and terrible in every possible way. It is not a thing that should happen to people.

Her family has enlisted attorney Robert Bennett, who previously worked with the family of Philando Castile. According to him, she is the "most innocent victim" of a police shooting he has ever seen:

"It's quite clearly an improper use of deadly force on someone who it is impossible for me to conceive of as a threat to anyone," Bennett said Thursday. "I mean she saves ducklings out of the sewer, for God's sakes."

Bennett has worked on other high-profile cases over police conduct, including Castile's, and represented Frank Baker, who was bitten by a police dog and kicked by a St. Paul police officer last year.

Calling Damond "the most innocent victim" of a police shooting he has ever seen, he quickly added, "I'm not saying Philando wasn't innocent, too, or that Frank Baker wasn't innocent. But here is someone who called the police and was trying to stop someone from being hurt … and ends up being shot in her pajamas."

Now, sure. Bennett is trying to win a case here -- a case he should absolutely win, because this is all very terrible. But there's something very, very off-putting about that language, about comparing Damond to other victims of police shootings gone wrong, and suggesting that she is the most innocent of all.

As if there is some "reason" police ought to find her more innocent than Bettie Jones, a Chicago grandmother who was shot after police raided her neighbor's house.

Or 7-year-old Aiyana Jones (no relation) who was asleep in her bed when she was shot and killed by police.

Or 15-year-old Jordan Edwards who committed the crime of leaving a high school party in a car, by police who later lied about their reasons for shooting him.

Or 12-year-old Tamir Rice who was playing in a park.

I could go on.

The officer involved in the shooting could not possibly have known about Justine Damond's duck-rescuing habit, so there's got to be something else, some other reason why it was impossible for him to conceive of anyone considering her a threat. Some particular trait that confers an assumption of innocence upon her, that perhaps these other police shooting victims lack. Even when they are 7-year-old children asleep in their beds. Oh gee, whatever could it be?

The problem at the heart of this is that people -- even those as deeply involved in these cases as Robert Bennett -- still see it as somehow reasonable for a police officer to look at a black person and see a "threat" to their lives. More reasonable, at least, than for them to look at a white woman and see a threat. And until we confer that same "How could anyone see them as a threat??" assumption upon people of color who are wrongly shot by police -- and not just on blonde white ladies -- this shit is never going to end.

If you would be so kind as to drop some money in our tip jar, we would be much obliged! Click below!