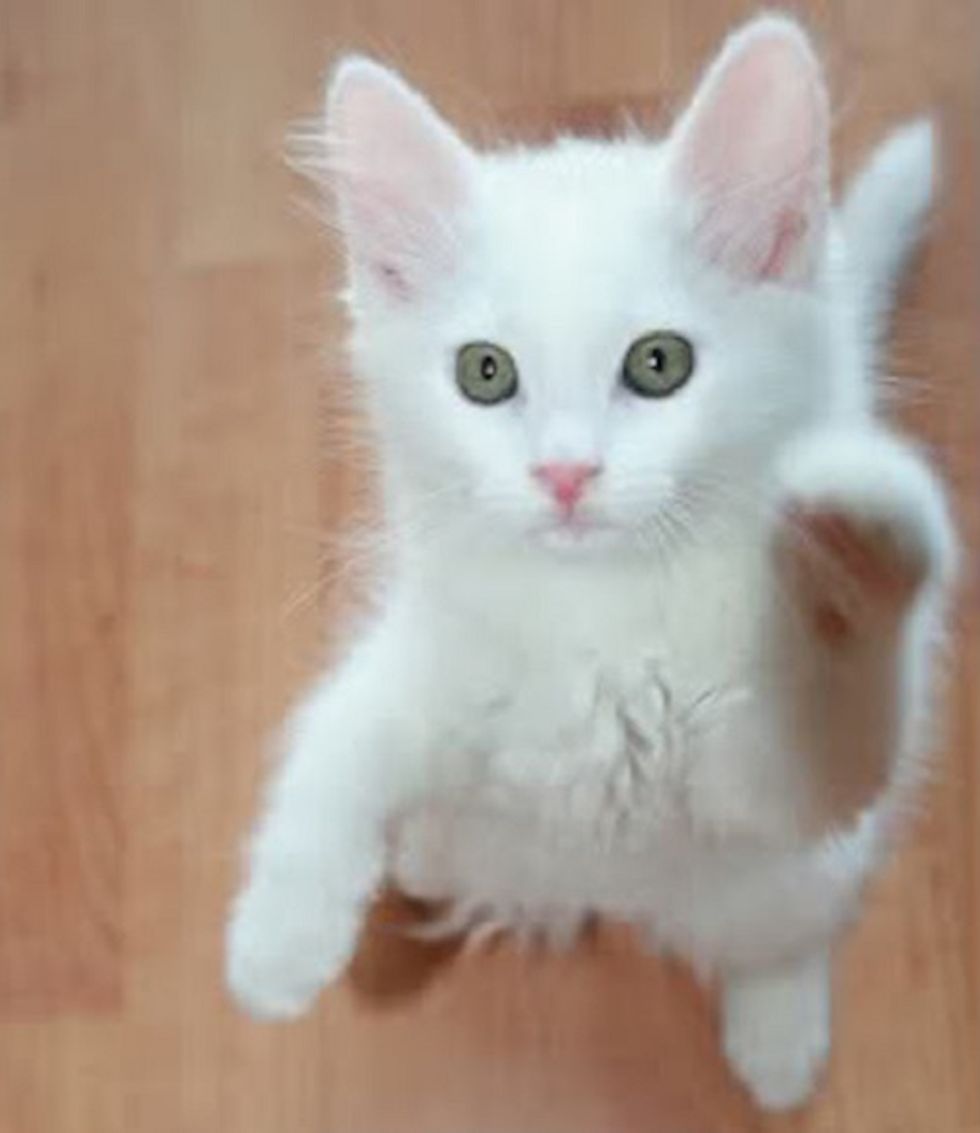 Elections are tricky things, what with people poking into your background and all that, so it usually behooves aspiring politicians to think about what might play badly as they begin their elective office quest. Now, running for some pissant local judicial seat isn't like running for president of these here United States or anything, but it's still wise to do a wee bit of thinking about whether the fact that your husband is an out and proud white supremacist might cause the tiniest bit of consternation.

A Democratic candidate for a judicial seat in Plainfield, Conn. was forced to answer questions about her husband this week after a watchdog group exposed his ties to the white supremacist movement.

The Norwich Bulletin newspaper reported on Thursday that attorney Anna Zubkova, who is running for a seat as a probate judge, said she does not share the views of her husband, who runs a blog called "Mindweapons of Ragnarok" where he waxes about his views on race and white pride. The newspaper reported that the couple have been married for 17 years.

Oh my. That is a problem, isn't it? Also, can we take a moment to note that this lady is a Democrat sort of lady, and you can file this away for the next time someone yells at you about how Wonkette never slams Democrats for doing/being something stupid? Thank you. Also, too, the blog is apparently actually called "Mindweapons in Ragnarok," which may or may not make that title make sense. We're not gonna look it up or anything. Who do you think we are?

Anyway, back to our wannabe judge and her husband problem. You'd think maybe either she or the husband would back down from this or try a little bit of damage control, but you would be very very wrong. Mrs. White Supremacist Lover, how do you feel about this whole thing?

"He did not have those views when we married, but acquired them after," Zubkova told the paper. "What am I supposed to do? Divorce him? It’s not unusual for husbands and wives to have different views."

Oh, well then. If he just sort of devolved into them, that's entirely different. Oh wait, no it is not, because you are now married to a white supremacist. This isn't a minor difference of opinion like disagreeing on whether or not The Godfather: Part III should have been made or if you're going to go to Dairy Queen or not. This is kind of a biggie. And it isn't like Mr. White Supremacist seems to have any clue that this is a less-than-appetizing belief system. Instead, he's gone full concern troll Whitey on his blog, all the while reveling in how many people are writing about him. Hi, White Supremacist Dude! We are totally writing about you, because saying stuff like this is actually blindingly stupid:

YEAH! Why isn't there White History Month too, huh? Take that, libtards! That is logic IN YOUR FACE right there and it is an argument that no one has ever made before.

He also lovingly quotes some stuff about Stormfront members and is pretty darn sure that whites are underrepresented in the government and if you just let white people get turnt up, there's no telling what they could do.

We're not sure what un-white government he lives under, but it definitely isn't the one we're familiar with.

Did we mention he loves Anthony Cumia and that horrible Political Cesspool dealio? We know that probably goes without mentioning, because this is the kind of dude that has been fapping to Opie and Anthony for ages now.

We got so deep into the derp of Ragnarok that we almost forgot that he's married to this running for judge lady. But hey, blah people and brown people, do not worry because she's still got your back and you should totally vote for her, she says:

As a judge, I can assure you I would not discriminate against anyone, even based on their beliefs. In my career, I’ve represented clients from many different backgrounds and races, all to the best of my knowledge and ability.

See? Nothing to worry about here. A lady that doesn't really see why it is a problem that her husband is off blogging about how dangerous black people are and wishing liberals would get Ebola will make the very bestest judge ever, because she is already a shining example of reason and thoughtfulness. Vote Zubkova!