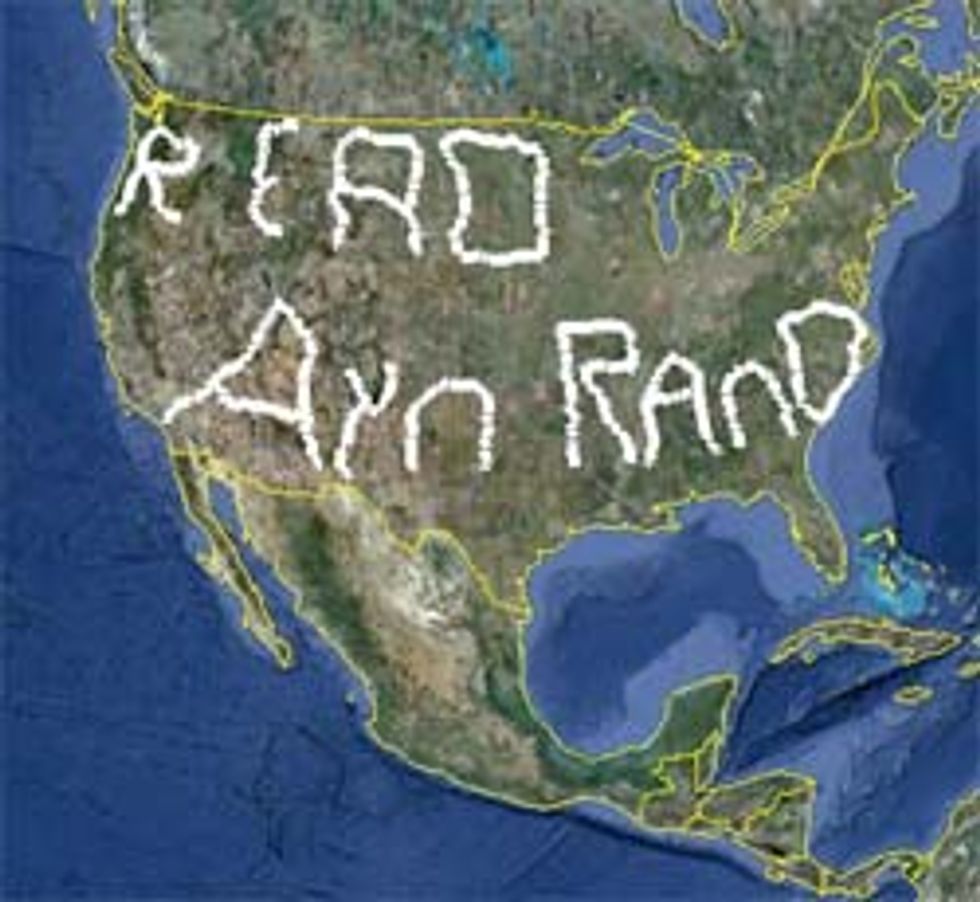 Using a GPS tracking device as a "pen," Nick Newcomen drove 12,328 miles around 30 states to draw the message "Read Ayn Rand" on America, in honor of the Objectivist writer made famous byWonkette cartoonist Benjamin Frisch. According to the Wired science blog, you can only see the message if you use Google Earth. But that doesn't make much sense, because we're seeing it now, right?

Whatever. Why would anybody embark upon such a journey? Newcomen explains:

"The main reason I did it is because I am an Ayn Rand fan," he says. “In my opinion if more people would read her books and take her ideas seriously, the country and world would be a better place -- freer, more prosperous and we would have a more optimistic view of the future.

Newcomen's many silent YouTube films prove that his trip was FOR REALZ. Many show him standing in front of state parks, post offices, and other government-funded places -- funny, that! An example:

Very consistent plot choices! Newcomen paid for the trip himself, which means that he also built his own roads and highways to travel on and used GPS technology that had no relationship to that which the Department of Defense originally developed. Also, when eating at truck stop restaurants, he insisted on going back to the kitchen to cook for and serve himself.