Bachmann’s ‘Jim the Election Guy’ Is Back, and He Wants To Give You TAX-FREE Fried Bacon 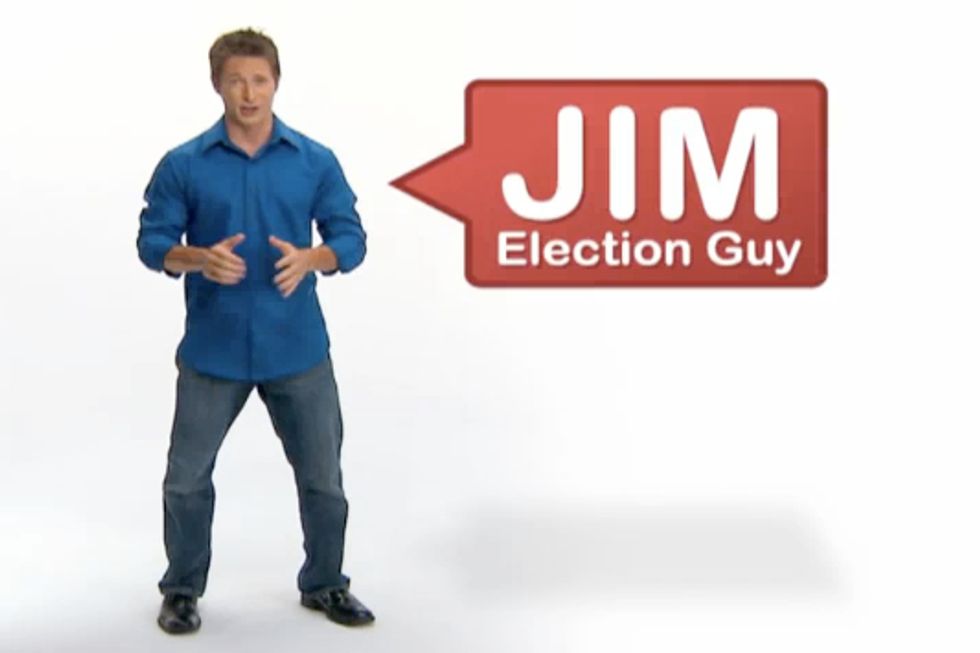 Michele Bachmann has anew ad airing in Minnesota. It's about the complexities of federalism and our modern political system. Just kidding! It's 30 more seconds of dumbed down crap about taxes. Jim the Election Guy wants voters to know Bachmann's opponent wants to tax their precious fried food and beer at the Minnesota State Fair. "What's up with voting to tax my beer?" Yes, why would a government tax anything ever? What a dumb idea. Now go back to watching more challenging television programming, Minnesotans, such as the screensaver for your DVD player.

Actually, it turns out Tarryl Clark has voted for an increase in the state's alcohol taxes and a general sales tax, but has never voted to increase taxes specifically on state fair foods such as cheese curds and fried carnie appendages. But whatever. We'll let them sort out the truth on that higher-minded Sesame Street show. [TPM]