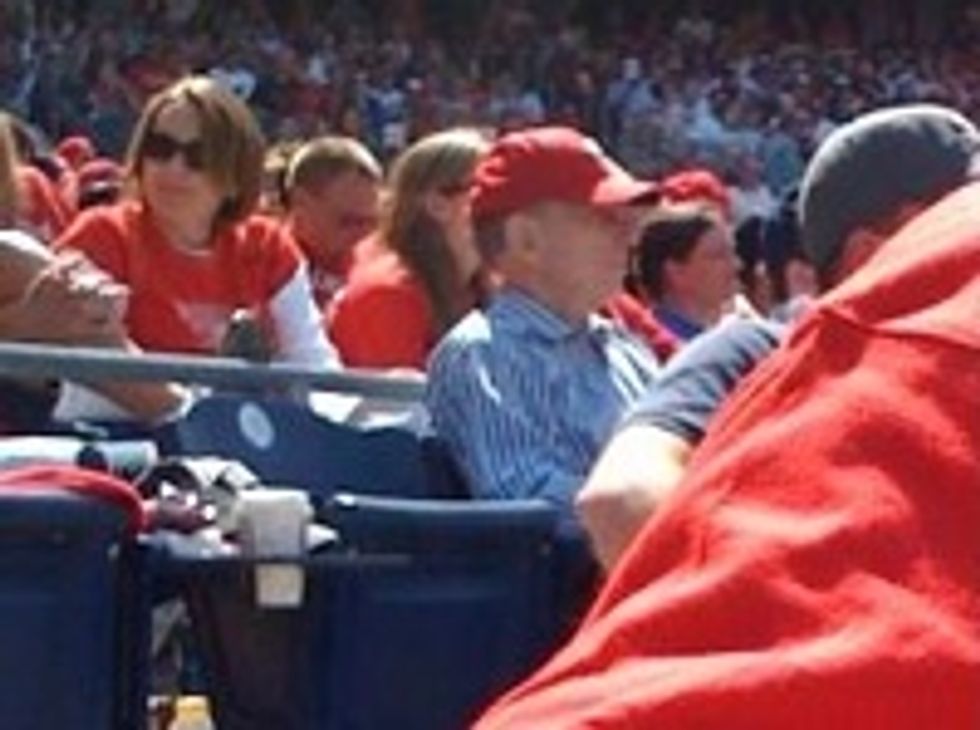 What a fantastic spring it's been in DC, what with the terrible muggy spell in early May, and now there's nothing but terrible swampy grossness ahead! Fortunately, DC's "celebrities" can be spotted both in- and out of doors, where they engage in elite activities such as air travel, grocery shopping, lunching, and even watching sports events. After the jump: Find out which famous politician hums loudly to himself in public bathrooms.

Ever been waiting around to pick up your deli sandwich or your luggage or collect your mail or whatever, and you see some very put-together man or lady giving you the eye like they would like to take you up to Eliot Spitzer's room at the Mayflower? It's probably one of those terrible people you've seen on O'Reilly's show talking about the sanctity of post-marital sex. Tell us about these encounters, and other more boring encounters please! Write to tips@wonkette with subject line "Wonk'd."

Ugh so many of these things: