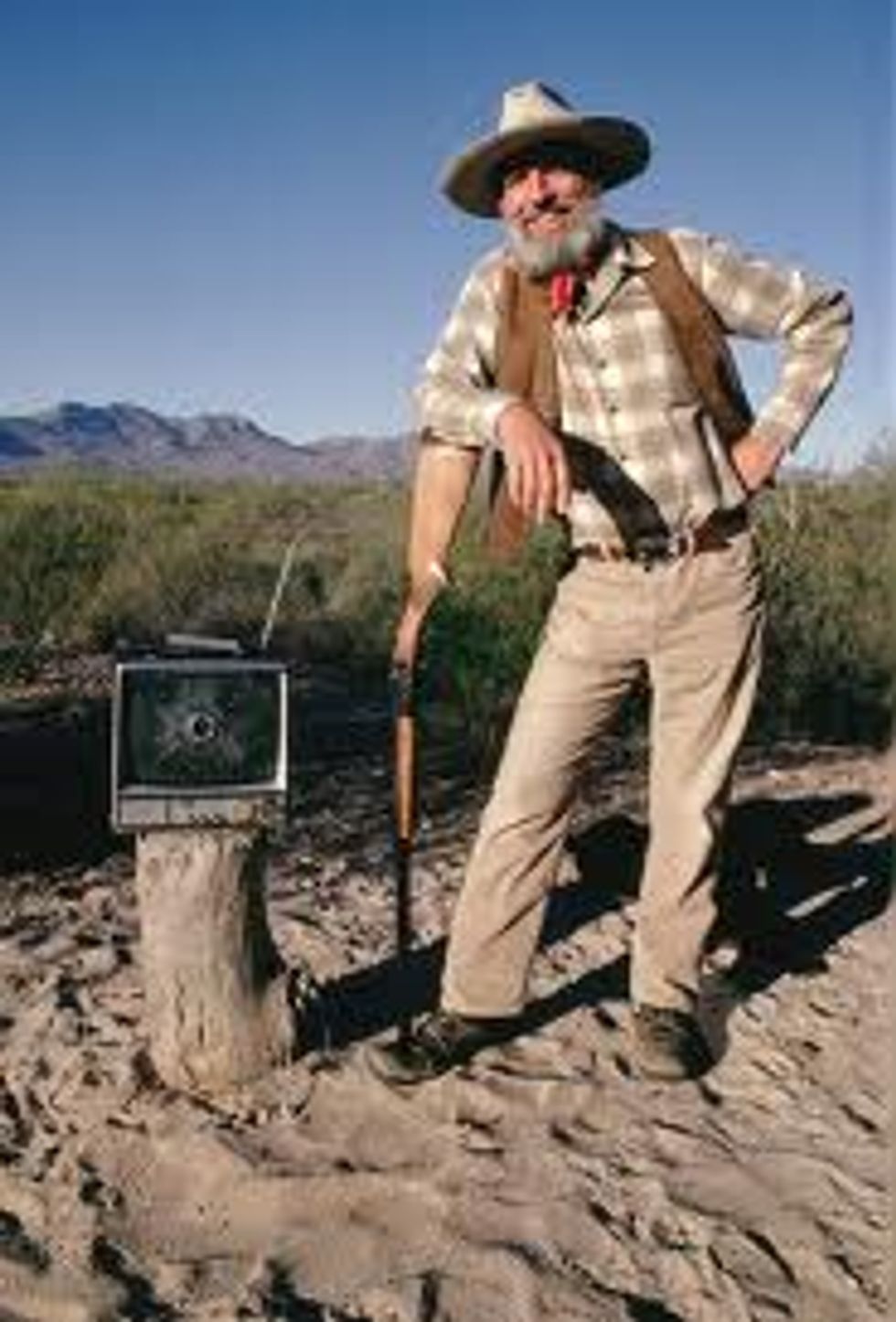 For those Americans who think of Arizona at all, there are two distinct parts of the forty-eighth state: the beautiful natural scenery and the awful white residents. But a brave band of liberal revolutionaries in the smart-person stronghold of Pima County is reviving a 45-year-old plan to split Tuscon and the surrounding Sonoran desert from those hideous cretins in their Phoenix hellscape. On next year's presidential ballot, the secession of "Baja Arizona" will go to the voters. And if the whole state or the legislature or some confusing combination allows it, and the nincompoops in Congress grant it, Baja Arizona will become America's 51st state ... just in time for being sold back to Mexico with therest of the Southwest, so Washington can pay its bills, because Washington will not collect taxes from the ultra-rich and the mega-corporations, because it's only patriotic to collect taxes from working people.

One of the many secondary tragedies related to the greater tragedy of the massacre at that suburban Safeway grocery store in January is that the rest of the nation got the idea Tucson was just another stretch of shitty strip malls and foreclosure ghost towns and wandering crazy people like Jared Loughner. This is untrue. All the southwest cities are now ringed with these repulsive stucco ghettos, and the evil bankers and developers and housing speculators dumped their garbage over the desert foothills around Tucson, too. But Tucson itself is a lovely university town with funky nightlife and great food and a gazillion miles of hiking and bicycling trails, as well as being home to many beloved oddballs and artists over the decades, including Edward Abbey, Linda Ronstadt, Dr. Andrew Weil, Mo & Stew Udall, Margaret Sanger, David Foster Wallace, Joan Baez, Barbara Kingsolver and the musical family of Giant Sand/Calexico. It would be a fine capital town.

But it would be even better to join up with the Navajo Nation and the Hopi Nation and the Sedona/Verde Valley counties and the national parklands of Grand Canyon and Saguaro and Organ Pipe and encircle the evil Phoenix/Maricopa flatlands full of swollen white suburban swine. Wall it in. Let 'em call for an airlift of Hoverounds and anusburgers and diabetes medicine. For America! For Arizona! [Reuters]