Bankers Might Have to Cough Up Tip Money In Exchange For Ruining The Economy, Our Lives 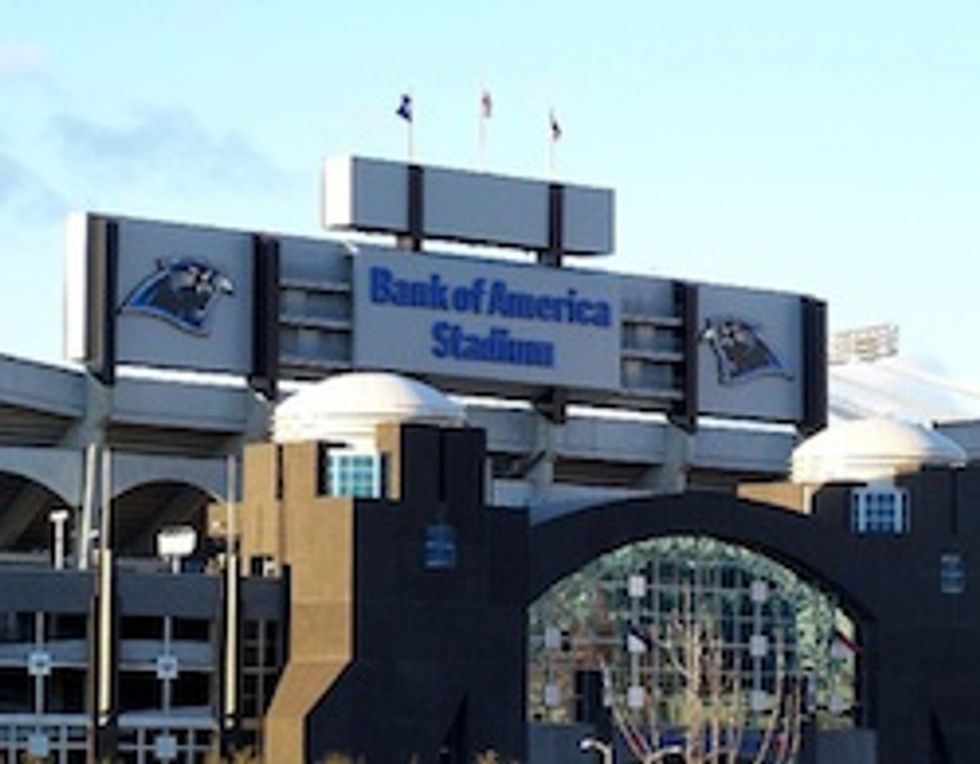 Good news everyone! No one is finally going to jail for ruining the entire economy, and many of your lives, and the lives of your children. But! Someone or someone might have to pay a fine as punishment, so at least that's something, right?

The Obama administration collected some crowd-pleasing headlines with its announcement that the Justice Department is suing Standard & Poor’s, the rating agency that notoriously fueled the financial crisis and crash by duping investors into buying billions in rotten securities. The government is said to be seeking a cash penalty of more than $1 billion.

Ha! Ha! One billion dollars, big deal, don't get too excited. So S&P's parent company might go down, oh well, it was good while it lasted, but don't worry no one is going to jail. Jail is for people like Bernie Madoff, who made the mistake of screwing over wealthy people. It is not for S&P analysts, who screwed over Poors and One-Medical-Emergency-Away-From-Being-Poors.

The lawsuit’s accusation against S&P sounds like a crime. The firm, it charges, “knowingly and with intent to defraud, devised, participated in, and executed a scheme to defraud investors.” Yet federal investigators seem unable to identify any Wall Street executives to prosecute as criminals.

The Justice Department settles lawsuits with handsome fines, but no indictments...[HSBC] laundered at least $880 million in dollars for Mexican and Colombian drug cartels (often driving the cash over the US border in their own armored cars). HSBC paid a fine and was given what the Justice lawyers call a “deferred prosecution.”

UBS, the Swiss banking giant, was nailed for having manipulated the London-set bank loan rate that determines what borrowers in the US and around the world must pay in interest rates. UBS settled in cash.

We went to Mexico once and got pulled over for blowing through a stop sign. The cop was SUPER nice and said that we had incurred a fine, and if we just gave him the money for the fine, he would go on ahead and give it to the judge, and we would be saved the trouble of coming alllll the way back to Mexico for a trial and everything. It sounded like such a good deal, we took him up on it, gave him money (which he SURELY gave to the judge) and went on our merry way. This system appears to have been modeled after the American system for prosecuting white collar crime, minus a bunch of lawyers.

After years of ignoring accusations, some Obama officials—Attorney General Holder and Lanny Breuer, chief of the criminal division—have essentially admitted that their decisions on prosecution were directly influenced by the question of whether indictments would rattle the entire global system and maybe trigger another crash. On PBS Frontline, Breuer acknowledged that he consulted federal regulators on whether to go ahead with criminal cases. Breuer said, “If I bring a case against Institution A, and as a result of bringing that case, there’s some huge economic effect—if it creates a ripple effect so that suddenly, counterparties and other financial institutions or other companies that had nothing to do with this are effected badly—it’s a factor we need to know and understand.”

Here is something that has a ripple effect on the economy: jailing 2.28 million people , up to one fourth of whom are non-violent drug offenders. That's something that the justice department may want to look into if they are concerned about the economy. Or maybe laying off tens of thousands of government employees during an economic downturn--that too can cause a ripple effect on the economy! OK, so the second one falls outside the purview of the Department of Justice. But if we are SO CONCERNED about the economy, maybe we can look at ways to offset the "ripple effect" caused by holding accountable all the assholes who ruined the economy in 2008.