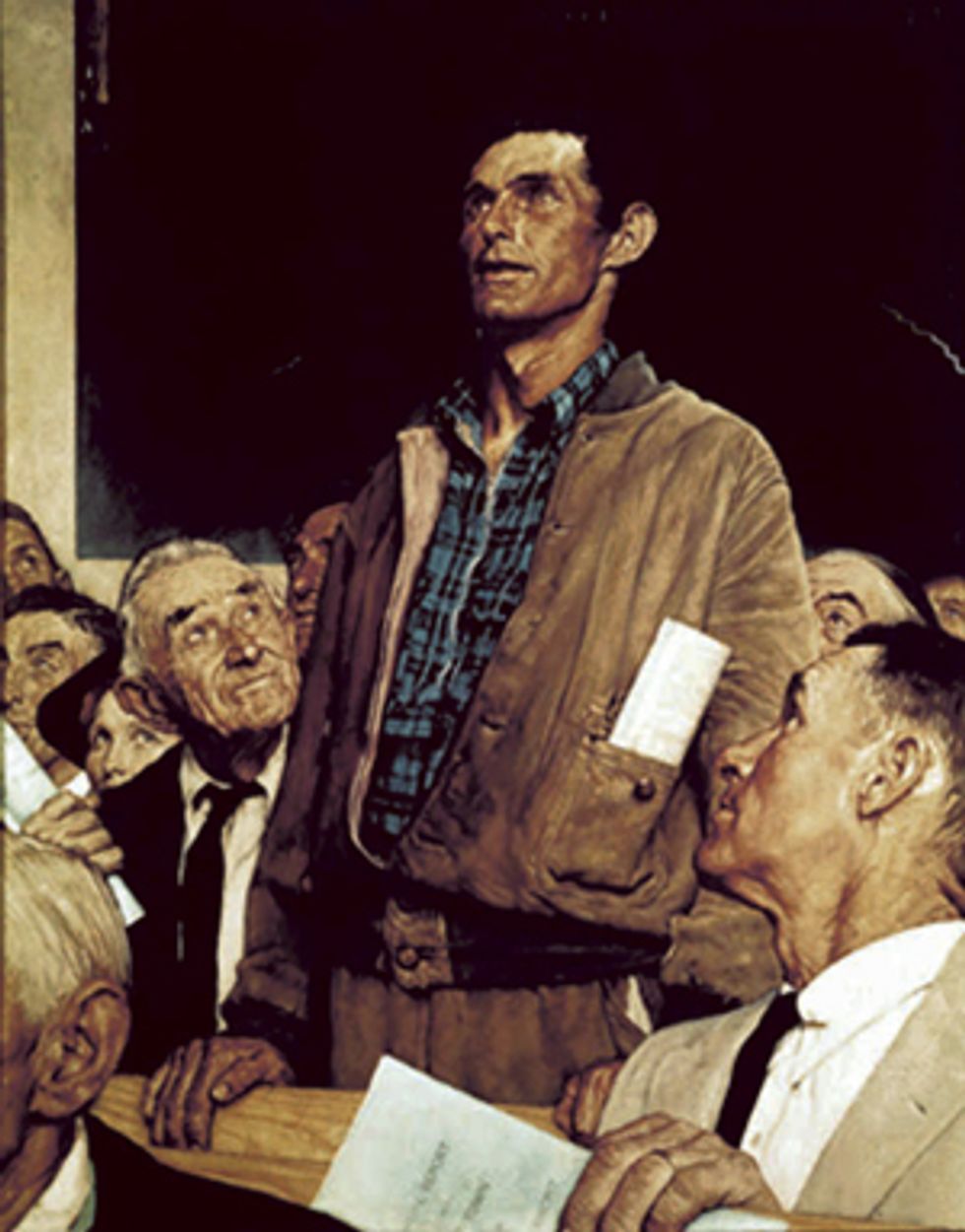 The Supreme Court will be deciding next term whether opening public meetings with sectarian invocations violates the establishment clause of the First Amendment. The Southern Baptist Convention's Ethics & Religious Liberty Commissionfiled an amicus brief in the case Friday, arguing that unless towns are free to pray to Jesus before considering sewer plant renovations, then freedom will be over and the government will have forced all Americans to become Unitarians.

Since 1999, the town of Greece, New York, has opened all its council meetings with an invocation, almost always given by a Christian minister, a practice that a lower court found violated previous Supreme Court rulings that allow invocations, as long as they're not specifically sectarian in nature. While the town "in theory" allowed anyone to volunteer to give the invocation, the vast majority of prayers were delivered by Christian ministers, and attendees of the meetings "would often be asked to join in or bow their heads." Americans United for Separation of Church and State had argued that a council meeting "isn't a church service and it shouldn't seem like one."

Along with filing the amicus brief, the Baptists released a statement pointing out the important legal principle that a lot of people really really like Jesus, and that naming Jesus is very important to keep America's town meetings from infection by Birkenstock-wearing Prius drivers:

“The Town of Greece case is about a government seeking to establish a state-ordered civil religion that crowds out the most basic rights of freedom of speech,” ERLC President, Russell D. Moore said in a statement. “That is not what our ancestors, and their allies among the American Founders, meant by religious liberty. We shouldn’t have a state-sponsored Baptist church, I agree, but we shouldn’t have a state-sponsored Unitarian church either, and that’s what some are attempting.”

One might even go a step further and note that if you do your praying in a church instead of a town council meeting, you can say Jesus all you want.