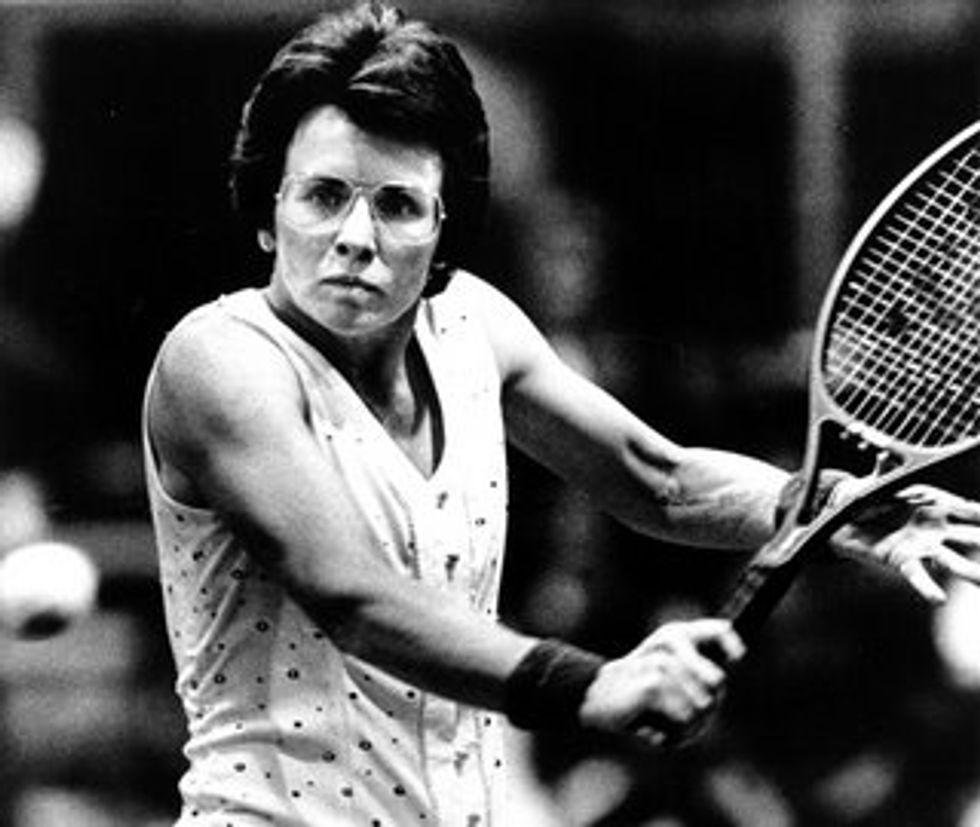 Vladimir Putin is a tough guy. Doesn't like to wear a shirt. Very manly, very tough, we are sure. He also has the teensiest little problem with the ho-mo-sexuals, as your very manly men so often do. Why, Vladimir Putin is so scared he is going to slip and fall onto a gay penis that he has made a law toput them all in jail, where he can not accidentally slip and fall and end up "Vlad the Impaled" by a gay penis in his mouth and/or bottom!

The gays have been all like "waah stop putting us into jail" and the other countries have been like yo what the fuck dude, and also he is having an Olympics.

So President Bamz had an idea, and that idea was "oh yeah, Vladimir Putin? Let's see you say it to Billie Jean King's face."

And that is how Billie Jean King, who ended sexism forever 40 years ago this year, came to be the most famous and raddest face of the US delegation to the Sochi Winter Olympics. She'll be accompanied by Caitlin Cahow, an out lesbian hockey player, and Janet Napolitano, a known Democrat.

Also, Brian Boitano and some other people who are neither Billie Jean King nor have been accused by Fox of running "a lesbian cabal" so meh who cares.