Barack Obama And Tiger Woods Are Connected In Some Scandal Maybe? 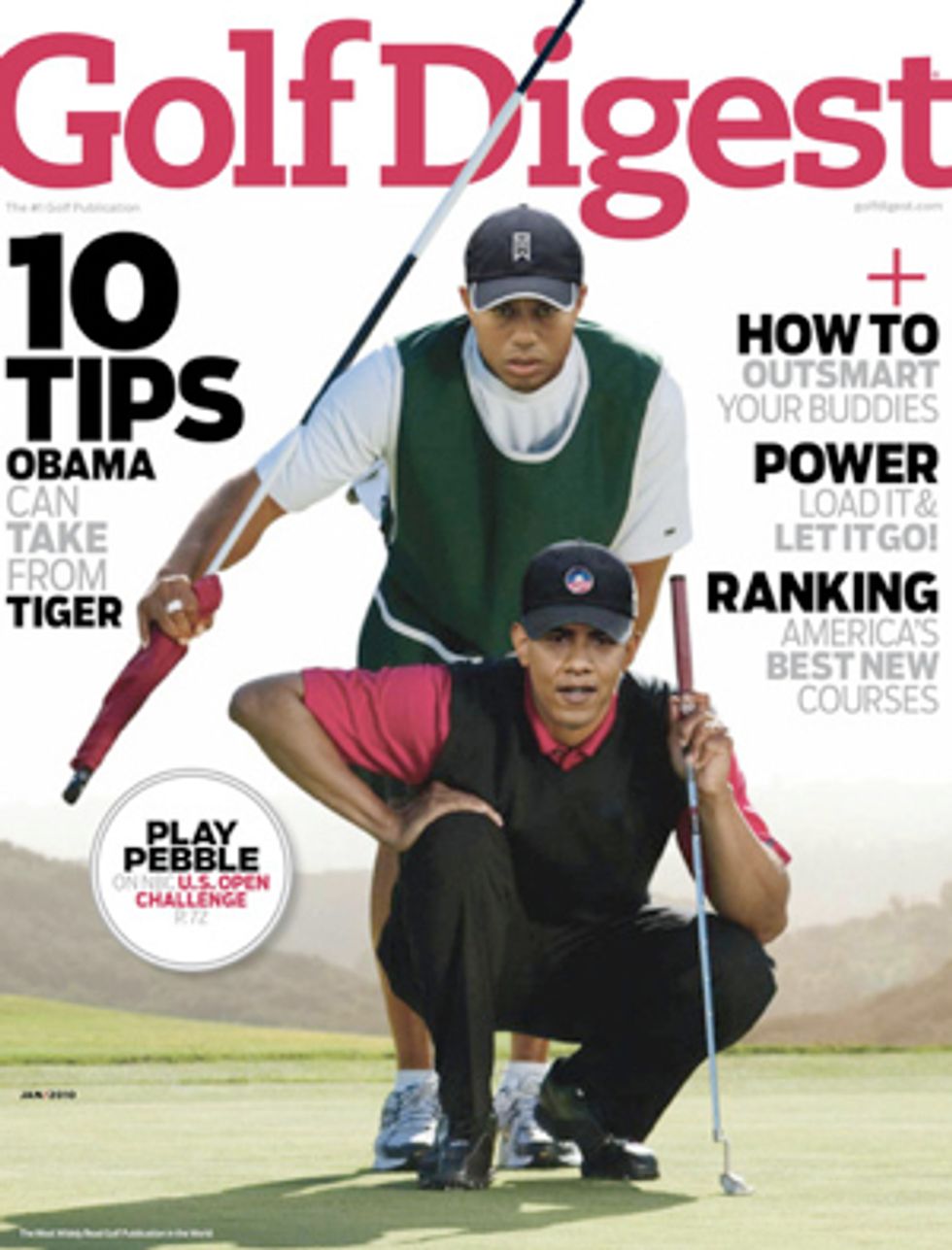 Oh no, this much-anticipated cover of January'sGolf Digest could something something Obama's "political capital" with his wars and stuff! What is he doing here, taking "tips" from the known... [checks latest TMZ press release in inbox]... murderous adulterous evil goblin Tiger Woods?

The Atlantic is really worried about this cover, categorizing it under the "Dept. of Bad Timing:"

What timing: President Obama and Tiger Woods will appear together on the cover of the January issue of Golf Digest.

It could be the most politically charged Golf Digest cover ever. Woods is dealing with a swirl of rumors and media scrutiny after crashing into a fire hydrant outside his house at 2:30 a.m. and his wife bashing his SUV's window with a golf club. Obama is sending 30,000 more troops to Afghanistan and trying to pass a health care bill.

On the inside spread, the cover story is titled: "What President Obama could learn from Tiger Woods--and vice versa." Seriously.

Ha ha ha, oh man, the shit's gonna hit the fan now... Wait, what? What does this person mean? We demand to know why we should be shocked!

Dept. Of Bad Timing: Obama And Tiger On The Cover Of Golf Digest [Atlantic Politics]