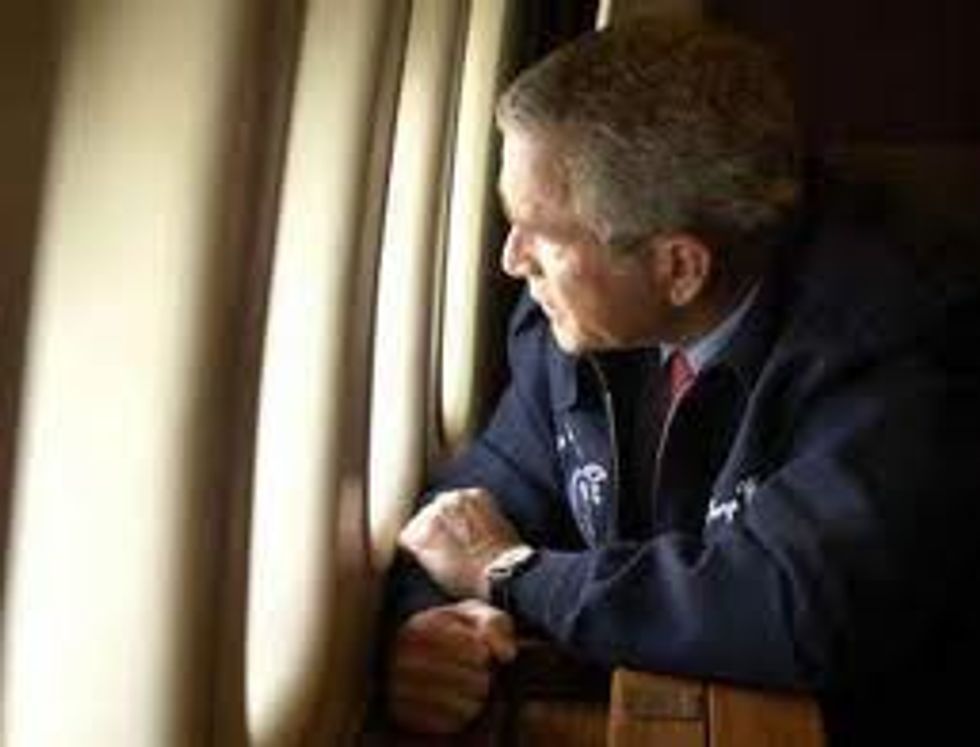 Kathleen Parker won a Pulitzer Prize once for her op-eds, and is it any wonder when she pens suchbeautiful columns as this one, decrying the president's schedulers for letting him go to North Carolina when Democrats have Behaved Badly there? It is not the audacity of hope, but the Incompetency of Arrogance (real thing!) that has caused Barack Obama not to run away in girlish terror from one of the 57 states over which he presides.

It isn’t that Obama has anything to do with either [John] Edwards or [Jay] Parmley, but he risks being dragged into the fray. You don’t want to be in the same camera frame or news cycle with the least attractive members of your party. Moreover, plenty of media will be on hand to ask uncomfortable questions, such as, for example: “Mr. President, will you be visiting the grave of Elizabeth Edwards while in the state?”

Oh, please, that is not a Thing. He ran against Edwards, not with him. And if any idiot asked him, he would say something about how Elizabeth was very loved and is very missed, because he is not a moron and it is not a hard question to answer unless you are Kathleen Parker and you really really want it to be. But George W. Bush would never have done such a stupid thing as visiting a state that was in turmoil, says Parker. Yes, we feel like we sort of remember that, and that perhaps it was a decision by the precisely tightened ship that was the Bush White House that was maybe not very well-received? Something about flying over a state in turmoil and looking at it out the window instead, because that is how you show Leadership?

This sort of attention to detail, as well as to decorum, characterized the tight ship known as the Bush White House. Whatever one thought of Bush’s policies, his administration’s management was a tribute to precision.

Is she trying to get hit with Mussolini jokes? Or Katrina jokes (too late)? Oh well. Would she perhaps like to explain in just one phrase why everything that flows forth from her perfect fingertips should not be taken seriously by anyone with a brain, or, alternatively, the Pulitzer committee?

The media simply do not come after Obama in the same way they did Bush, notwithstanding recent research showing that Obama received the most negative coverage of any presidential candidate during the Republican primary.

For fuck's sake, Kathleen Parker, it's right there in your own sentence! Oh well. Probably added by an editor, who hates America, for Freedom. [WaPo]