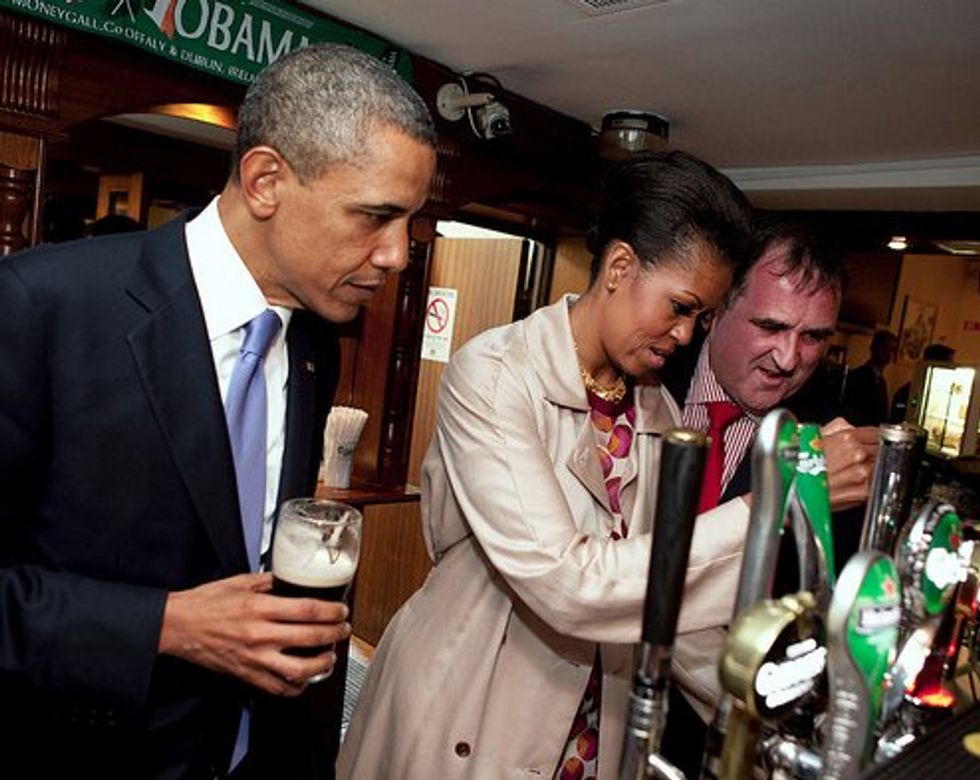 Remember when this website was all about Barack Obama? Whatever happened to that guy, anyway? According to these Flickr pictures that Michelle posted on the family's Flickr site, the Obamas are currently in Ireland getting all bloated on Guinness. And who is that drunk on the right, Timothy Geithner perhaps? Maybe he is "fixing" the Irish economy too, hahahaha. (IRELAND: YOU CAN KEEP HIM!)

Where else has Barack Obama been, while the rest of us check our roommates' coats for spare change? It looks like Obama got raptured!

Not really. He's in Ireland drinking "stout," remember? And Irish people definitely don't go to Heaven. (One time we read that sad Irish book about the mom's ashes. No heaven for those people, just sadness and pints.)