Barack Obama Is A Media Whore 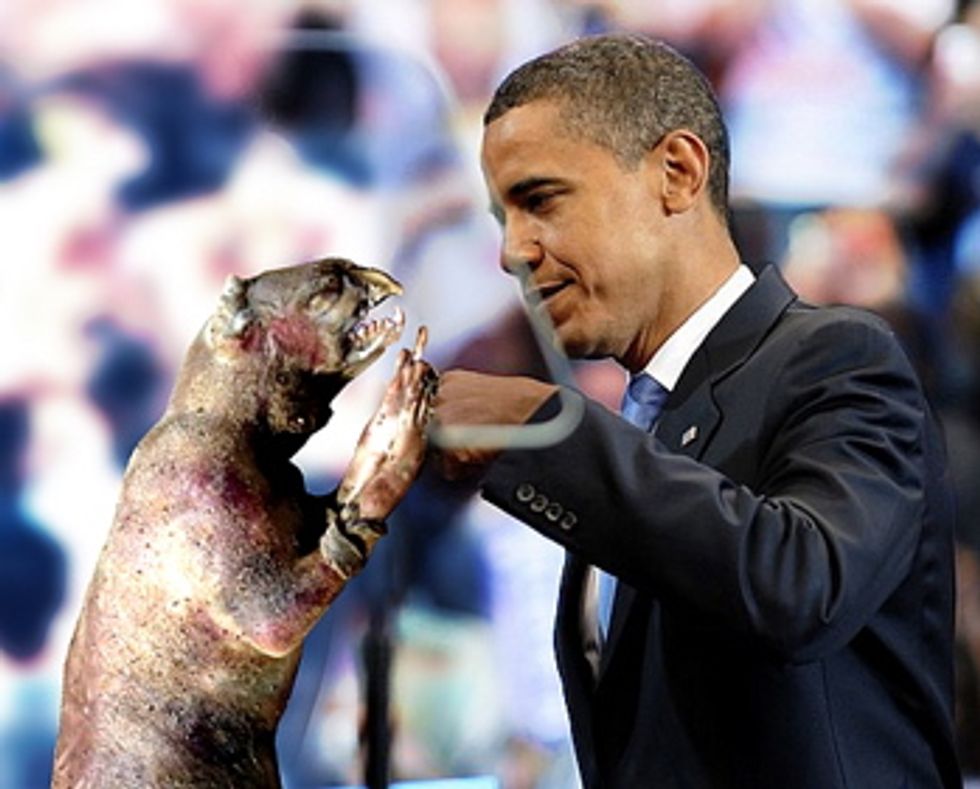 This guy! Presumption Watch etc! Barack Obama has been holding press conferences pretty much nonstop since he was elected, what, 40 million years ago, and since then he has just blah blah blahed all over the press because he didn't get enough love in his childhood. That is the only reasonable conclusion you can make about his infinite interminable press conferences, not to mention the YouTubes and the line of specially branded sex dolls: they are pathetic cries for attention.

Obama will hold the fifth press conference of his post-election pre-presidency tomorrow, and maybe the financial markets will bobble around, as they do, regardless of whether he talks or what he talks about. Tomorrow's address will be on toe jam, for and against.