Barack Obama Is President Of ... AMERICA 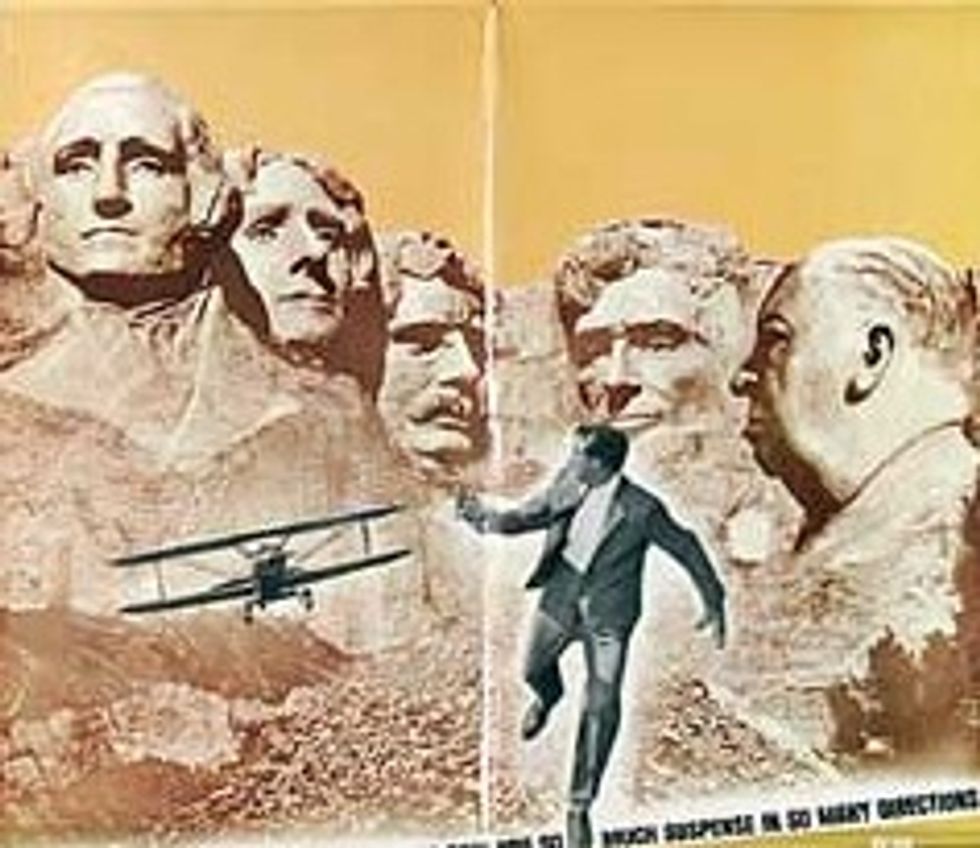 BREAKING NEWS LITTLE SIREN GIF: Barack has got the Power, and the Delegates .... Well, what have we learned, tonight, other than that your editor has a "drinking problem" due to having some drillings/fillings done on his own teeth an hour ago? We've learned that Maverick RINO McCain wants to hate fuck the war until it finally loves him, and he went to a New Orleans suburb to explain why it's good when there's no "big government" to help you with change you can believe in. Anyway, let's liveblog the nonsense as we get some results from South Dakota, the "Bukkake State."

9:01 PM -- Wow, Chris Matthews just told us about the magical Harry Potter-style newspapers of Kenya, where the Junior Wizards are waking up and reading the Kenyan newspapers RIGHT NOW with the breaking news we've just heard on live teevee about Obama getting the delegates to claim the nomination!

9:02 PM -- But who did Keith Olbermann eat today? Our guess: George Stephanopoulos.

9:03 PM -- It's sleepier at CNN. Maybe because David Gergen is sleepy.

9:05 PM -- Hey people, people with the Videos Skillz: Make a 5-minute loop of McCain's creepy Uncle Pedobear Porky Pig chuckle and new lame catch phrase, "Heh heh th-at's not ch-ch-ange we can be-lieve in." We will post it here, probably a dozen times, and give you a link and a PROMISE that we'll give you one of the FIRST new Wonkette T-shirts.

9:07 PM -- Suzanne takes you down, to the desk in the newsroom, she is wearing an orange blazer from Atlanta Ann Taylor, and you know that she's half crazy and that's why you want to hear her, and she brings you campaign live feeds from all the way in Iowa ....

9:10 PM -- And that is making our Jim talk about "the list of famous coloreds."s

9:10 PM -- Speaking of, this is our liveblogging of McCain's whiny old man attempt at a speech. Oh man, he is not good at this stuff. So he'll probably win -- after all, he's got both white skin AND white hair ... and maybe even an old vagina somewhere, in the folds of his neck.

9:14 PM -- And now, the National Review can heal, and start hating McCain again: "Not to offend those who might be offended, but this speech is a mash and tough to digest. You have to get through the self-congratulatory praise of independence and commander-in-chief pose from the Senate, then you have to try to follow the inconsistency of some of his big-government ideas vs. his anti-big-government rhetoric, and his inconsistency even on his supposed strength — the surge in Iraq vs. closing GITMO and conferring additional rights on the detainees. I am also put off by some of the anti-Bush stuff. Distancing himself from Bush is one thing, but he almost exclusively (as best I can tell) criticizes him, giving Bush little credit (tax cuts, Supreme Court appointments and yes, the surge, which Bush ordered not McCain)."

9:16 PM -- BREAKING NEWS FROM ANDREA MITCHELL IN NEW YORK: Hillary wants to meet privately with Obama, immediately, in private, so she can kill him talk to him about what to do, and if he'll give her MILLIONS OF DOLLARS OF YOUR MONEY, but she doesn't want to concede, "or embrace him."

9:18 PM -- Oooo, so Hillary wants the veep offer, AND she wants to be veep, just in case, you know, he gets killed next June.

9:28 PM -- Here comes Hillary, and there is Terry to introduce her, and nobody wants to hear him on The News, and that means our Jim will soon have a new liveblogging!

9:33 PM -- Hey Hillary just said South Dakota has the "last word" in this race. What about Montana? COUNT ALL THE 57 STATES.