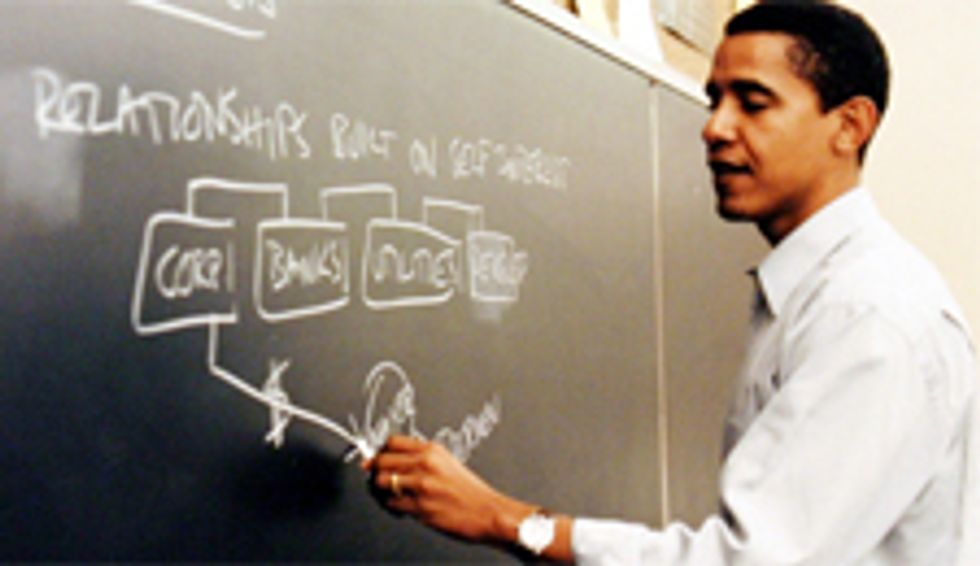 Barack Obama savagely attacked both Jesus and Steve Jobs by giving some commencement speech on Sunday at Hampton University. Obama told the graduates that iPads were just dumb gadgets that distract people from learning the terrible truth about everything. He's right, of course, but is a college-graduation speech a time for facts? No! Stick to dumb platitudes, Barack!

"With iPods and iPads; Xboxes and PlayStations," Obama said, "information becomes a distraction, a diversion, a form of entertainment, rather than a tool of empowerment, rather than the means of emancipation."