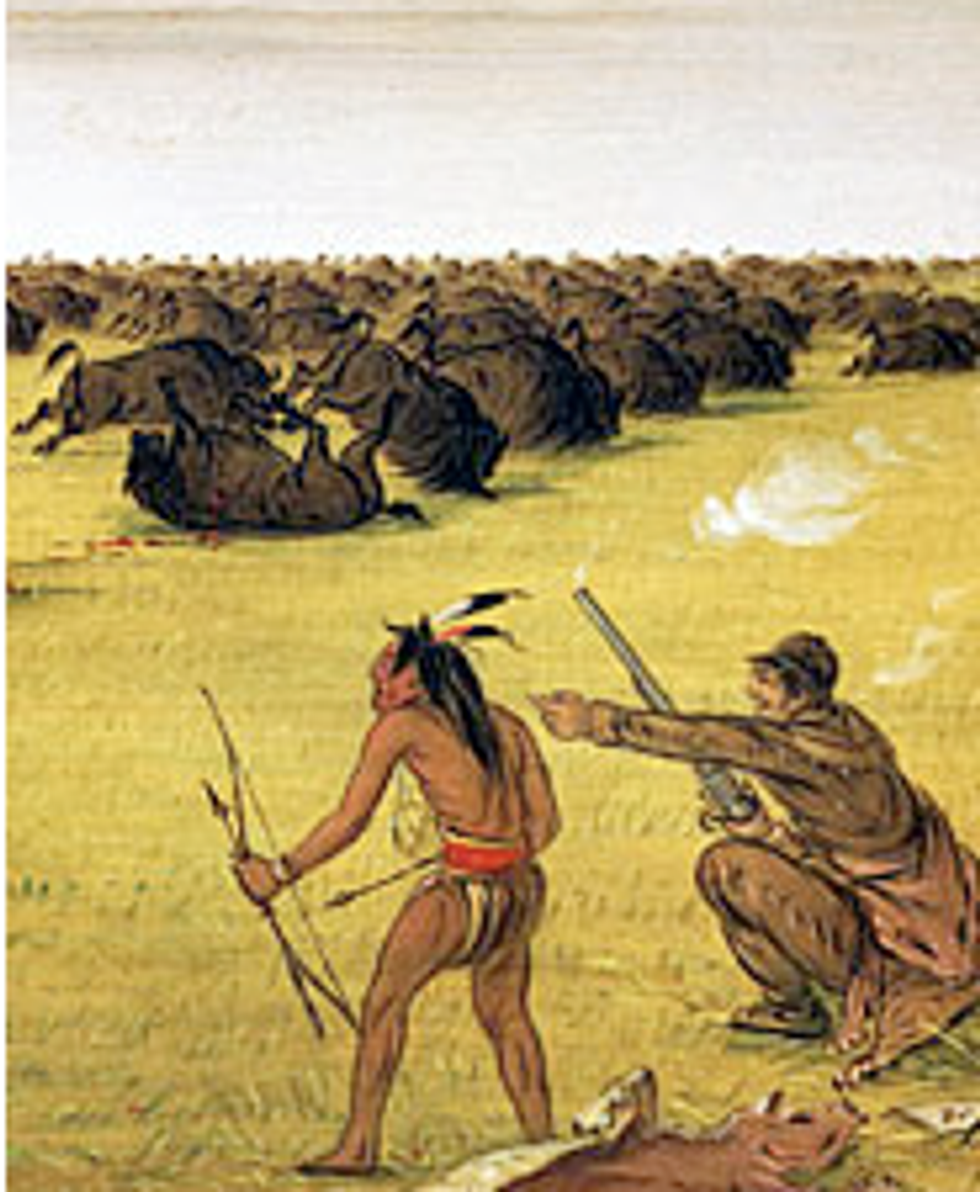 So the Obamas are replacing a lot of the landscapes and marble busts and whatever in the White House with new art that they actually like. For example, this thing over there to the right depicting two very different people who are united by their shared interest in murdering a buffalo. TheTimes, the British one, calls this a "cultural revolution." This is true! Very soon all families in America will be required to own several Rothkos, or the equivalent in buffalo murder landscapes. Anyway, let's skip pretending we're not going to do this and just go ahead and extrapolate Barack Obama's policy initiatives based on the First Lady's selection of interior decoration.

All the journalists are so stoked to be able to use these theoried-out college words! "Create a dialogue." Mmm.