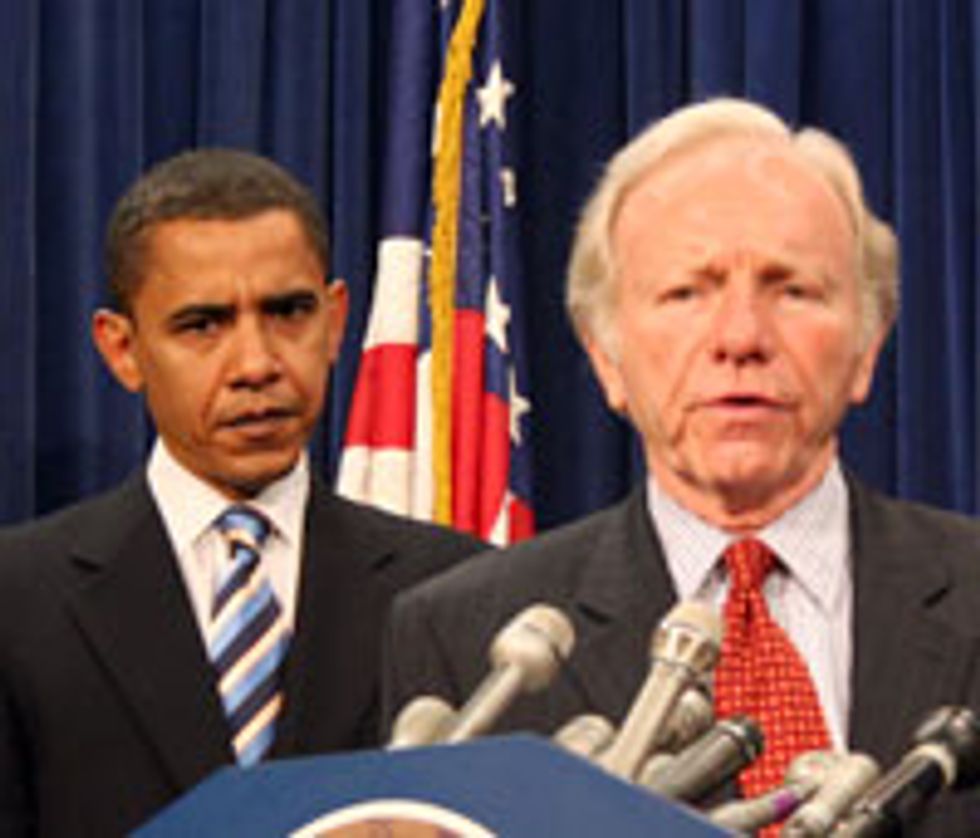 OH THAT BARACK, he has decided to play the Bigger Man: "President-elect Barack Obama has informed party officials that he wants Joe Lieberman to continue caucusing with the Democrats in the 111th Congress, Senate aides tell the Huffington Post." And because Joe Lieberman cannot help the situation in any way by, say, resigning his committee chairmanship honorably, this means probably very little will change. Fine. Let the baby make his fuss and have what he wants and he'll come off all the worse in public perception. On the other hand, Hill staffers are urged to take turns leaving flaming bags of poo on Lieberman's front stoop, nightly. Although Joe will probably enjoy eating them... GRRRR can't win with this guy. [HuffPo]