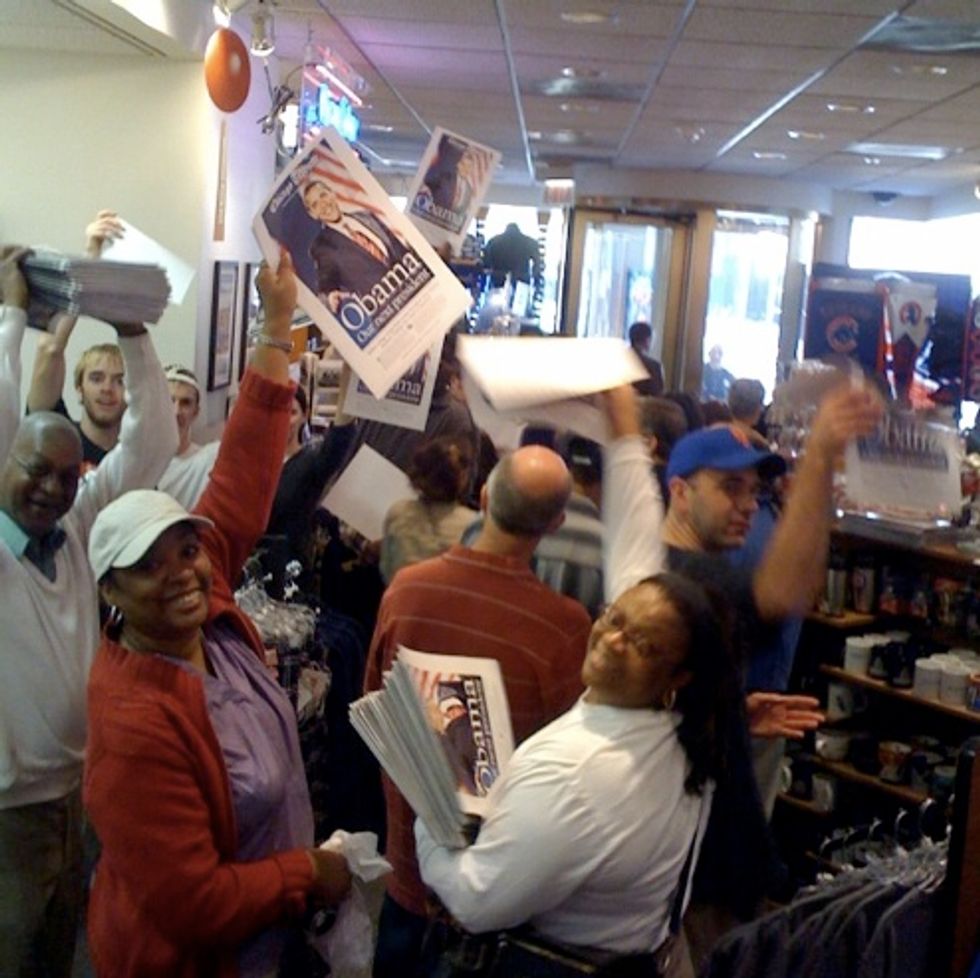 Wonkette fishwrapper operative "Alicia" writes to us about the unusual demand today in Washington for wads of cheap paper covered in ink: "The Washington Post sold out of its run this morning. They apparently are doing a second run because right now there is a line around the block to buy more editions of today's paper. The line goes up 15th and has wrapped around M Street." The year is 2008, and people are waiting in long lines to buy a daily print newspaper that is available for free on the Internet.

It's the same situation in Chicago, too. Wonkette newspaper office loitering operative "James" sent us the picture above with this note: "Crowds of people in Chicago Tribune lobby, buying copies of the newspaper that declared Obama the winner. Tribune had to print extra copies." Do you get that? People are waiting in public for new newspapers to be printed in Chicago, too. It is a national phenomenon.

This is what Americans do whenever anything historical happens. On 9/11, for example, many a New Yorker's first reaction to skyscrapers collapsing everywhere was to search day and night, hither and yon for a copy of the New York Times.

But within days, these souvenirs inevitably always find themselves dusted and crumpled in dark, mildewy corners of our American Basements. This is a true fact. The stench of the Denver Post your editor bought the morning after Obama's convention speech, for example, has begun emanating into the kitchen.