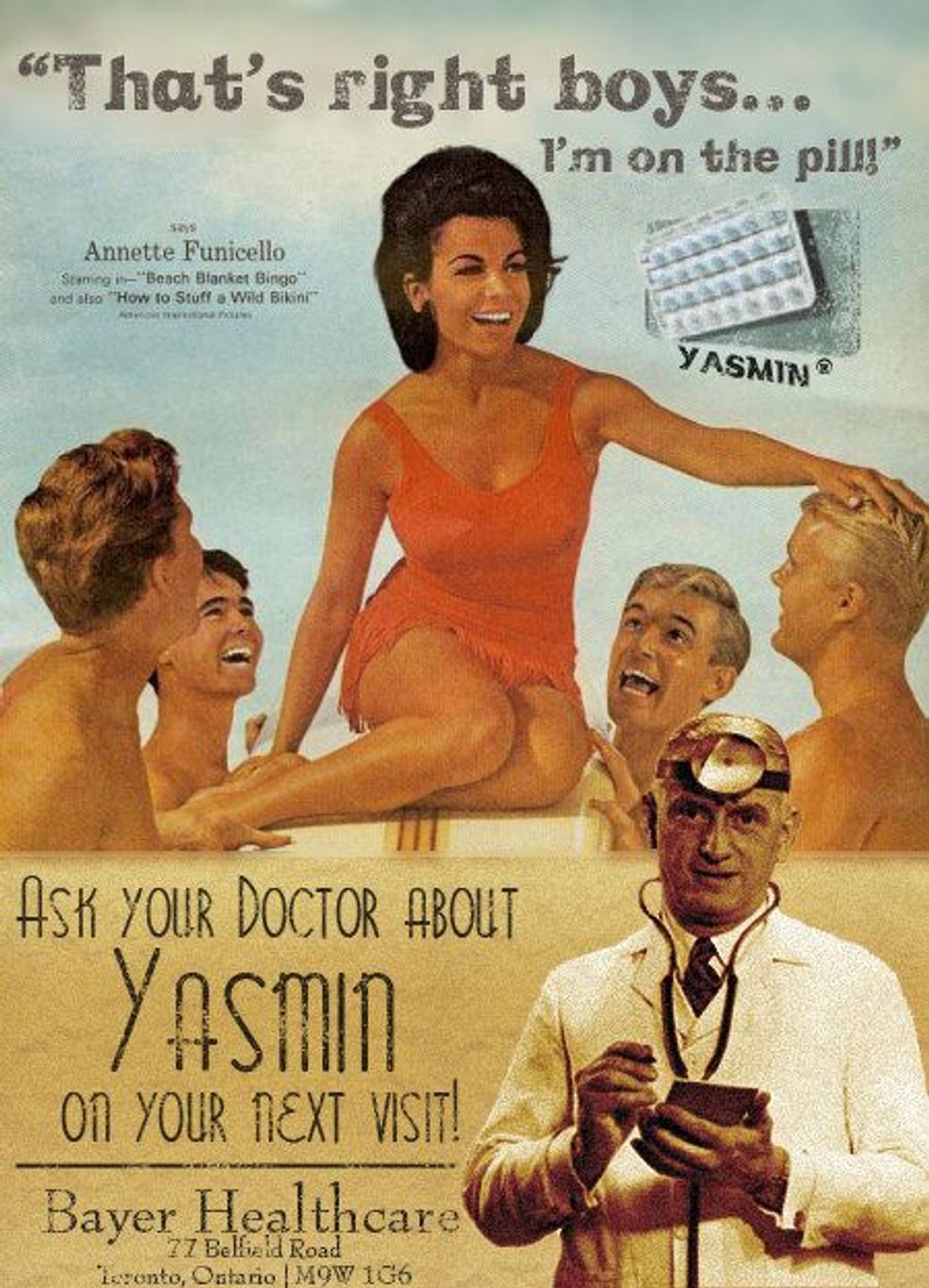 You know how Republicans are definitely NOT trying to take away anyone's birth control? In fact, they're the ones who actually want to make it easier for women to get it, by making it available over the counter so women can pay for it themselves, out of pocket, and no one's religious liberty feeling will be hurt -- unlike lady-hating Obama and those other so-called women's groups like Planned Parenthood, because they are the REAL sexists.

Naturally, the judge who heard the case laughed and laughed and said it was RIDICULOUS and sent the Wielands home with nothing, not even chastity belts. However, since the Supreme Court found a little-known codicil in the Constitution that says disliking birth control very a lot is a First Amendment right (yep, still mad about that), they're back because like all good Republicans, they simply can't take "no, go away, stop asking" for an answer when it comes to fighting Obamacare. Their fancy-pants attorney from the slightly-to-the-right-of-Rick-Santorum Thomas More Society -- a law firm that will happily represent you for free if you are also "dedicated to restoring respect in law for life, family, and religious liberty" -- says the Hobby Lobby decision proves that the Wielands were right all along to demand that Obama stop force-feeding birth control to their daughters, and now they are appealing the judge's laughter because they really, REALLY do not want their daughters to have access to birth control.

“The employees are to Hobby Lobby what the daughters are to Paul and Teresa Wieland,” attorney Timothy Belz said, and no, we cannot even imagine what that's supposed to mean, except that maybe the Wielands have also invested in a retirement plan that makes millions off of the very same drugs to which Hobby Lobby -- and the Wielands! -- so sincerely, religiously object. Or maybe they pay their daughters above minimum wage to do their chores?

Belz explained it to the appellate judges with this perfectly reasonable parable:

[It's] as though the federal government had passed an edict that said that parents much provide a stocked unlocked liquor cabinet in their house whenever they’re away for their minor and adult daughters to use, and Mormons came in and objected to that. It is exactly the same situation.

When one of the judges made the bizarre observation that perhaps it was up to parents, and not the government, to make their children follow their religious beliefs, Belz had the perfect answer to that too.

“Well, we all have high hopes for our kids, that is true. We all expect and want them to obey us, they don’t always …”

So because the Wieland daughters might hypothetically decide they do not want to be good Catholic schoolgirls after all and might hypothetically rebel against their parents' wishes that they not use birth control, the government should step in and send those girls to their rooms and take away their allowance.