Barry Killed All The ACORNS! 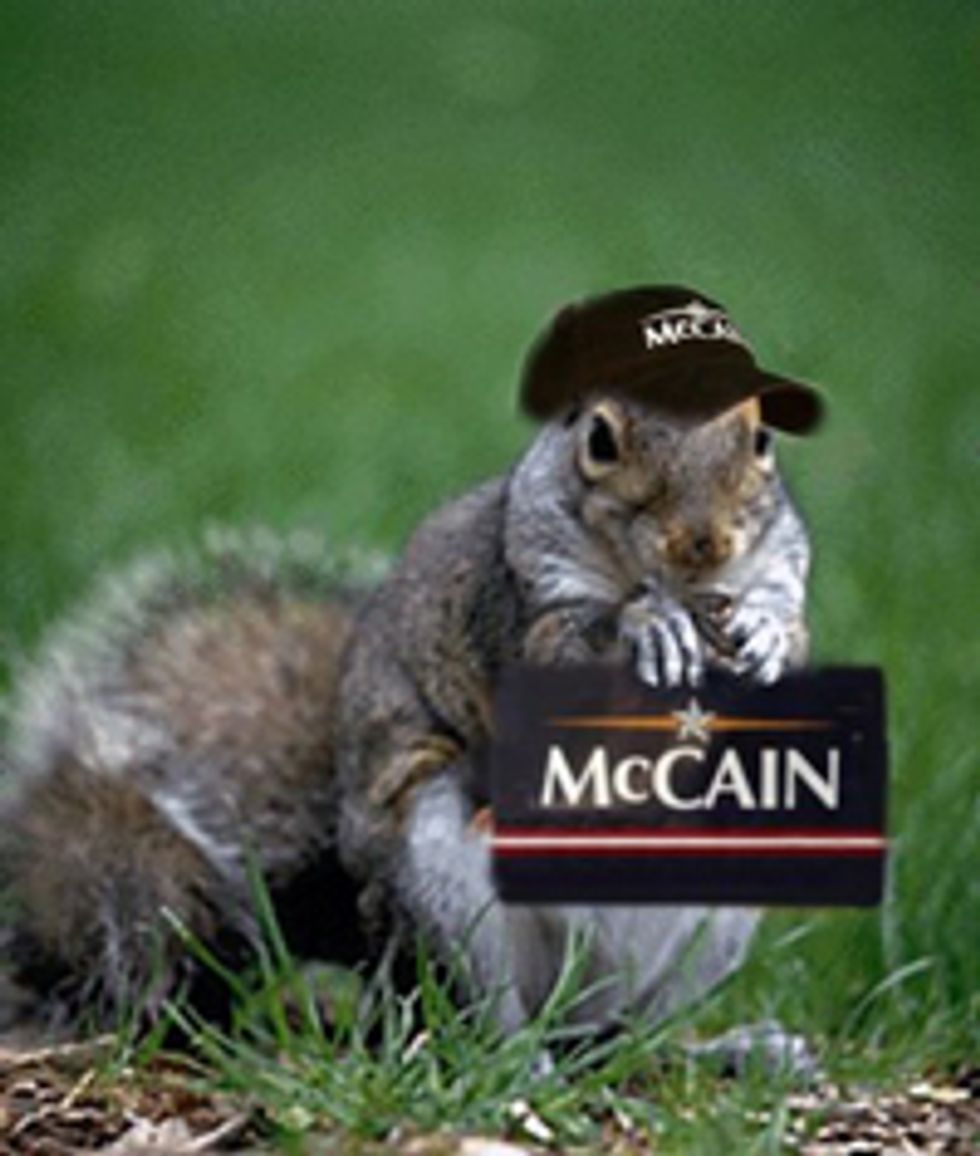 He is the most POWERFUL MAN IN AMERICA, forcertain. Not only did Barack Obama make the socialist slumlord community organizing frauds ACORN magically disappear several weeks before he stole the election from honorable Juan McCain, he has made every acorn in the nation vanish. Do not mess with Barack Obama.

In far-flung pockets of northern Virginia, Maryland, Pennsylvania, West Virginia and other states, scientists have found no acorns whatsoever.

"I can't think of any other year like this," said Alonso Abugattas, director of the Long Branch Nature Center in Arlington, Virginia.

... "WHAT IS GOING ON?" posted a resident of Maplewood, New Jersey. "Now we are finding dead squirrels! SHOULD WE ALL BE CONCERNED?"

Yes! Yes, you should be very concerned. Number one, check the area for Dick Cheney. (He is often spotted lurking in bushes near vulnerable mammals.) Number two, check the area for Barack Obama. He enjoys "disappearing" his oldest and dearest friends, from William Ayers to Jeremiah Wright, and now he will stop at nothing to eliminate Acorns.