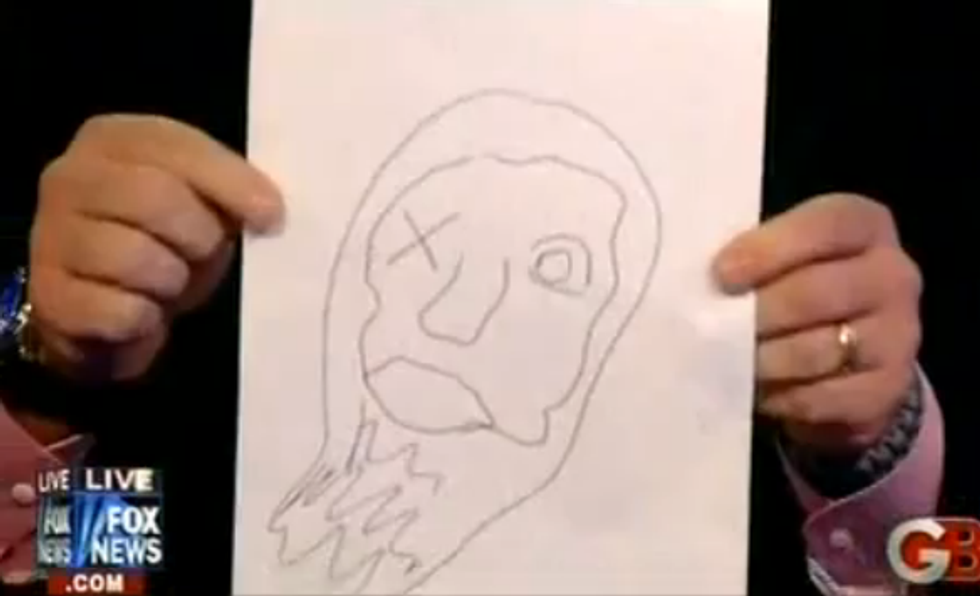 According to Chuck Todd, who has been working so hard he's been wearing his glasses and pajamas since Sunday night, President Obama isnot going to release any photographs of Osama bin Laden's ugly dead face. Sure, many of us would like to see for ourselves that this guy was actually shot in the head, but at times like these, it's important to remember the deceased for how they lived, not how they died. So Obama will release photos of the happier moments in bin Laden's life, from his first t-ball game, to wedding his first wives, to the first time he received a shipment of arms from the Reagan administration, to the first time he murdered an American civilian.

This one was good too:

POTUS: "we don't need to spike footballs" POTUS said OBL is not a "trophy" as read by @PressSec right now.

No, sorry, he is a trophy. Has Obama not been paying attention the past 10 years?

WONKETTE CHALLENGE: Have your children draw pictures of what they think Osama bin Laden's corpse looks like. We'll post the best ones here tomorrow! And then send them to the angry people on the streets of the Middle East. [Twitter/Flickr]