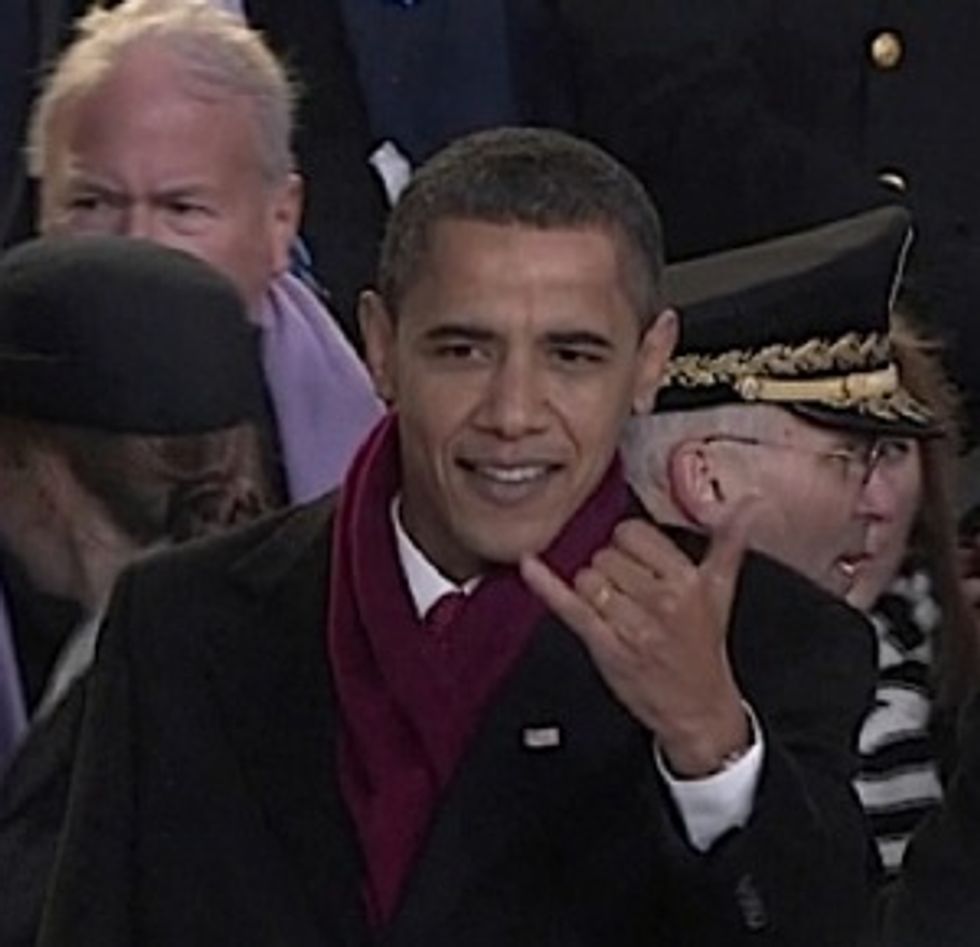 1. First, in keeping with Galesburg customs, Barry will perform a rendition of Ike and Tina Turner's "Nutbush City Limits," replacing the word "Nutbush" with "Galesburg," because you always open with your local material.

2. Next, Barack will release a hot fart on the Lincoln Chair. Oh you don't know what the Lincoln Chair is? It is a chair where Lincoln once sat, and it is on the campus of Knox College, and your authoress knows this because the children of Knox College told her so when she visited them earlier this year to speak about the mental healths, which is a thing she does. (They also told her about Flunk Day, an annual event wherein school is canceled and a carnival is held and human chess is played and also a professional Lincoln impersonator walks the campus. Knox College is like the Hall of Presidents, but actually magical, and with excellent liberal arts offerings.)

4. Okay so then Barry will go back to Knox College and actually start his speech. What will he say? Probably "My fellow Americans" and then something about standing on the edge of something (like GLORY!), or at the peak of something, or in the valley of something, or maybe he will just fart again.

5. He will say, "I will fix your economies with my charm, my wit, and my very own ROYAL BABY!" Cue Michelle walking onstage, throwing open her tasteful jacket, and proudly rubbing her baby bump. (Would you die? You would so die of happiness.)

6. Then something about the future, but also the past, but also now, and then the hope, always the hope.

7. At this point, hot 12-year-old former Obamar speechwriter Jon Favreau, who probs pulled down all the tang back in the District of C., will look at the ginormous flatscreen TV in his well-appointed fuckshack and say, "I would've written something so much better than this ball of shit."

8. Half-time show! Obviously it will be Smashmouth doing "Walkin' on the Sun."

9. Aaaand we're back! Time for one or more of these things to be mentioned: America, jobs, making things, manufacturing, industry, Detroit (sadz!), Galesburg (happiez!), what divides us, what brings us together, money, Wall Street, Main Street, Republicans, Democrats, we the people, Maggie's impending post-African traumatic stress haircut on "The Newsroom," a joke about how the Spice Girls are now all "Old Spice" hahaha, John Hurt as Doctor Who, John Maynard Keynes, trickle-down economics, middle-out economics, hard-dick economics.

10. At this point he will bust out a jet pack and Rocketeer into the heavens while Smashmouth takes the stage again to jam out to "All Star."

How does your authoress know with such clarity and precision exactly what will occur today in Galesburg? She read it in the entrails of the deer she slayed last night, that's how. So go forth and watch your speech and fap to your Muslin hero-man, you slobbering liberal dogs. This time tomorrow we will all be rich! Excelsior!