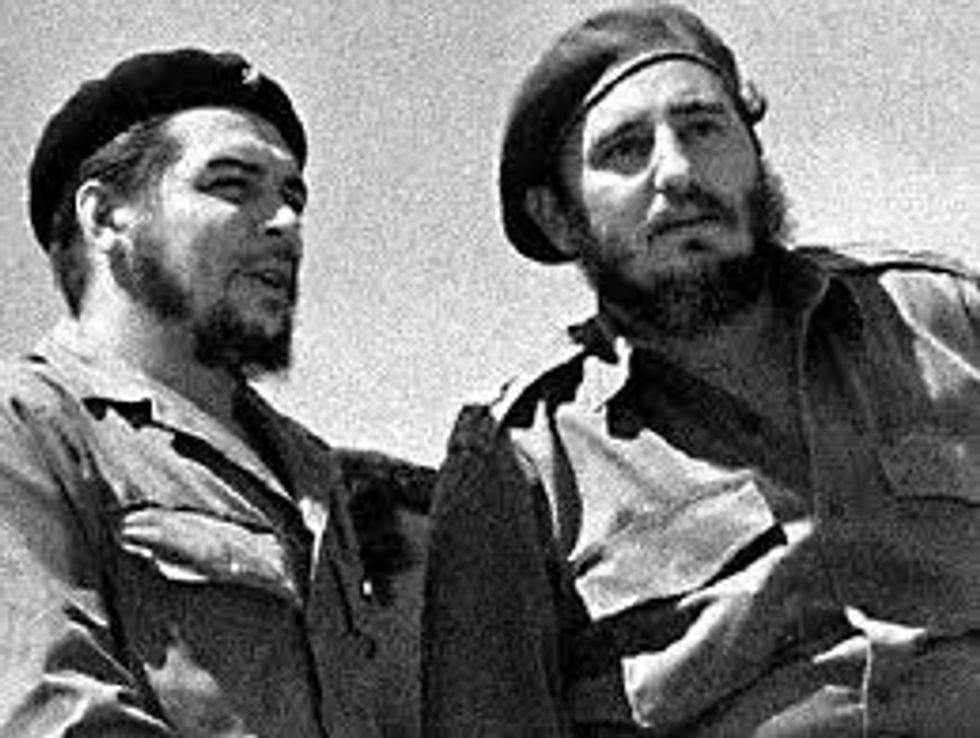 So let's see what didOzzie Guillen say about ruthless bloodthirsty dictator Fidel Castro? That he should execute more people and have more political prisoners, right? And that Miami Cubans are bullshit? Something like that? Let's have a look!

Usually defiant in the face of criticism, Guillen has instead sounded remorseful and said he's had difficulty sleeping since a Time magazine online story that ran Friday quoted him as saying, "I love Fidel Castro."

Later in the story he added, "I respect Fidel Castro. You know why? A lot of people have wanted to kill Fidel Castro for the last 60 years, but that (expletive) is still here."

Really? That's it? And he has been suspended for five games because that is the same as loving Hitler? Well ... huh.

Your editrix was once a 27-year-old bleach blonde being plied with cocaine by old Frenchmen in Los Angeles time machine French restaurant Taix, when she started in a-chatting with two sharp-suited Afro-Cubans who in turn immediately started in with how Castro kills you if you don't vote for him. She was pleasantly surprised to hear that Castro even bothered with elections, and said she thought that sounded terribly democratic of him, and then they huffed off all butthurt because she was kind of being a disingenuous (but hilarious!) dick. Then the Salvardorean bartender leaned over and murmured "Miami Cubans are bullshit," and bought her a strawberry margarita. And then he bought her another.

Anyway, viva Fidel! And he will, because as the CIA and the Bacardi family know, that old fucker just cannot be killed! [USAToday]