Be Very Afraid: The Only Witness To Death Of Breitbart Has 'Vanished' 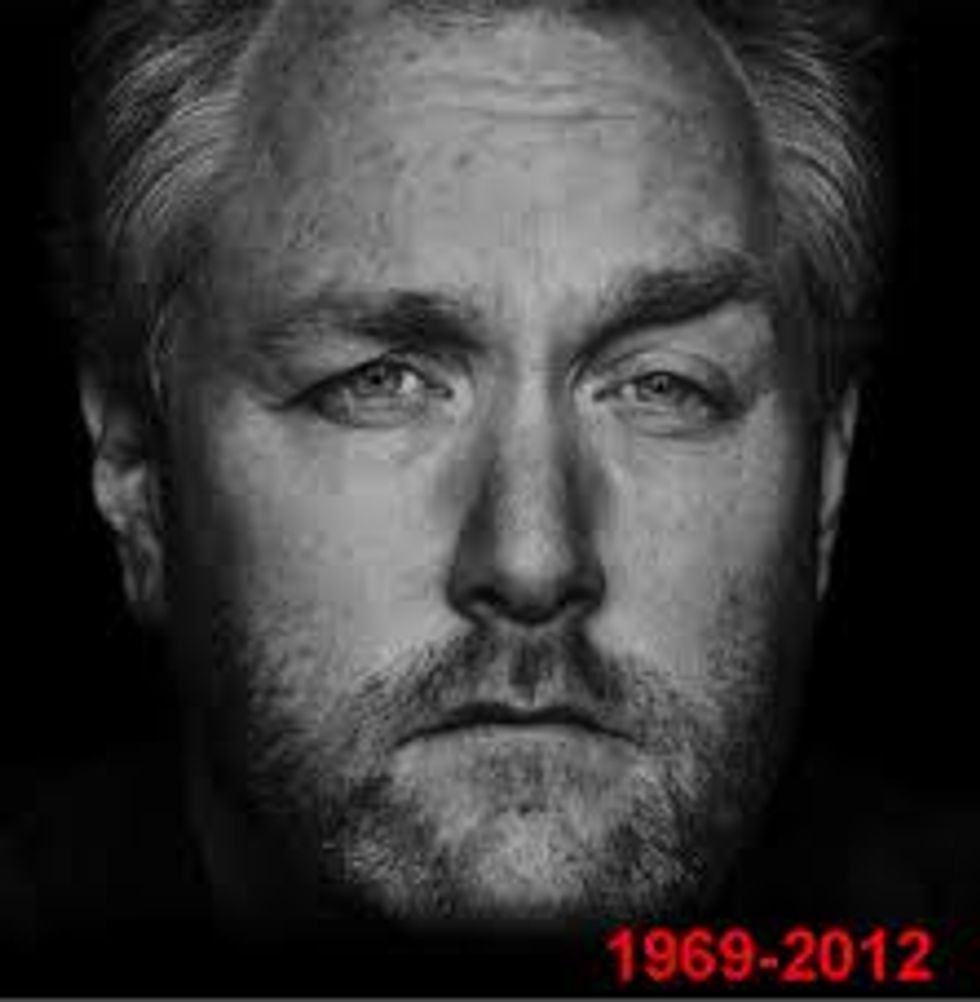 Well, that seals it. Barack Obama's body count is now almost as high as the murderousClinton Crime Family's! Whom is he capping? (That is gang talk, because Barack Obama is a Chicago thug.) Anybody and everybody who might have led to the Ghost of Breitbart releasing something way awesomer about Bill Ayers than the sad dud "Vettening" he posthumously laid.

WingNutDaily, having first brought us the news of the mysterious death by maybe-poisoning of a coroner's tech who may or may not have worked on the case of Dead Breitbart (he didn't), now has another link in this case of murder most foul, and it really ties the whole room together. What's the latest SCOOP? They couldn't find the "sole witness" to his death, because he might have moved. That is a mysterious "vanishing" indeed!

Lay it out for us, WND, in your investigative masterpiece "NOW A WITNESS TO BREITBART'S DEATH VANISHES!"

After recruiting the assistance of private investigators, WND found that [Christopher] Lasseter, the 26-year-old witness who saw Breitbart drop dead, is no longer residing at his last known address in California.

After determining that Lasseter lived with his parents, Thornton, age 64, and Elaine, age 56, at a Los Angeles address, the investigator visited the residence in-person to see if he could make contact.

During the visit, the investigator reported, no one picked up the phone when he dialed the Lasseter apartment number outside the building. But he was greeted by a voice recording that identified different people at the apartment by first name, with none of the names on the recording being Christopher, Thornton or Elaine.

The investigator concluded Christopher Lasseter had “hunkered down” in what seemed to be an attempt to avoid further questioning.

He was unsure Lasseter was still residing at the address and considered it possible that Lasseter had moved.

That is veeeery suspicious, WND. But you got anything else, just to make sure the whole Case Of How Barack Obama Will Not Stop Murdering Breitbart Witnesses is airtight?

In addition, at the Conservative Political Action Conference in Washington, D.C., just three weeks before Breitbart’s death – where he promised to unveil “damning” new video evidence of Barack Obama’s radical past that would change the election – Breitbart gave WND details of his upcoming revelations.

He claimed to WND that he had a video showing radical Weather Underground terrorist Bill Ayers and Barack Obama at Harvard planning revolution in the United States. But the video, aired just after he died, was of Obama introducing a radical Harvard professor, and the general response was flat..

Andrew Breitbart would never promise a scoop he did not have, so it must have been somehow stolen after he was murdered, and then a "photographic" tech who did not work on his body was murdered for what he knew (nothing), and that this third guy is murdered too most likely, or else in hiding for fear of his life, from Barack Obama. But is there perhaps another opinion?

Filmmaker Steve Bannon, appointed executive chairman of the Breitbart News Network after Breitbart’s death, has insisted to WND that the media mogul died of natural causes and to suggest anything else is irresponsible.

“Breitbart had an enlarged heart,” Bannon told WND. “He had been hospitalized for the problem last year and told to lose weight that he did not lose.”