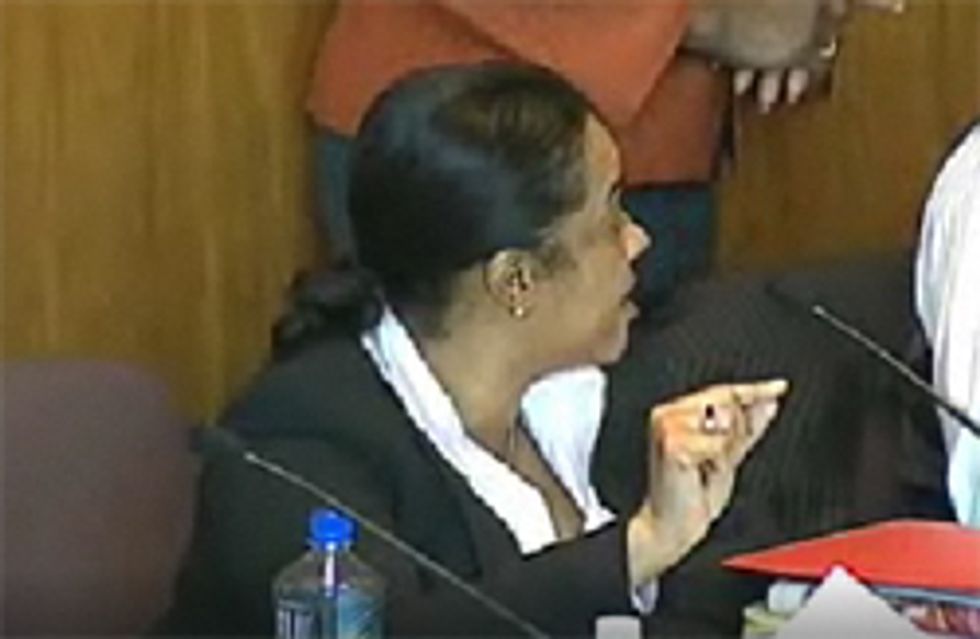 Well, people of Detroit, it appearsyou did not pray hard enough for Monica Conyers, and now she may have to go to jail for a while. The Detroit City Council President Pro Tem and completely insane violent creep Mrs. Conyers, wife of US Representative John Conyers, pleaded guilty to conspiracy this morning in connection with a glamorous case involving the disposal of sludge. She's accused of taking a bribe from the sludge people in exchange for voting in favor of their contract.

Everything this woman does is an outrage. To wit:

The document does not cite the specific amount of the bribes, but previous court documents have said that Conyers, identified by the feds as Council Member A, took at least two bribes of $3,000 each, among other bribes.

Jesus christ, let's hope she got more than $6,000 out of the deal! Conyers cast the deciding vote in the award of a contract worth ONE POINT TWO BILLION DOLLARS. Taking a mere 6K for that kind of work undercuts other hard-working politicians who just want fair market value for their bribes.

Also, Monica Conyers overflows with so much rancid hate that she doesn't just take it out on innocent eighth-graders and her fellow Councilpeople. She also despises reporters:

After pleading guilty, Conyers left the courtroom through a back door and got into a public elevator on the Fort Street side of the federal courthouse.

“Can someone get her out of here?” Conyers asked after declining to comment on her plea.

This woman has bag of vinegar where her heart should be.

Anyway, she might have to spend five years in prison now. John Conyers is still a very nice man, though!