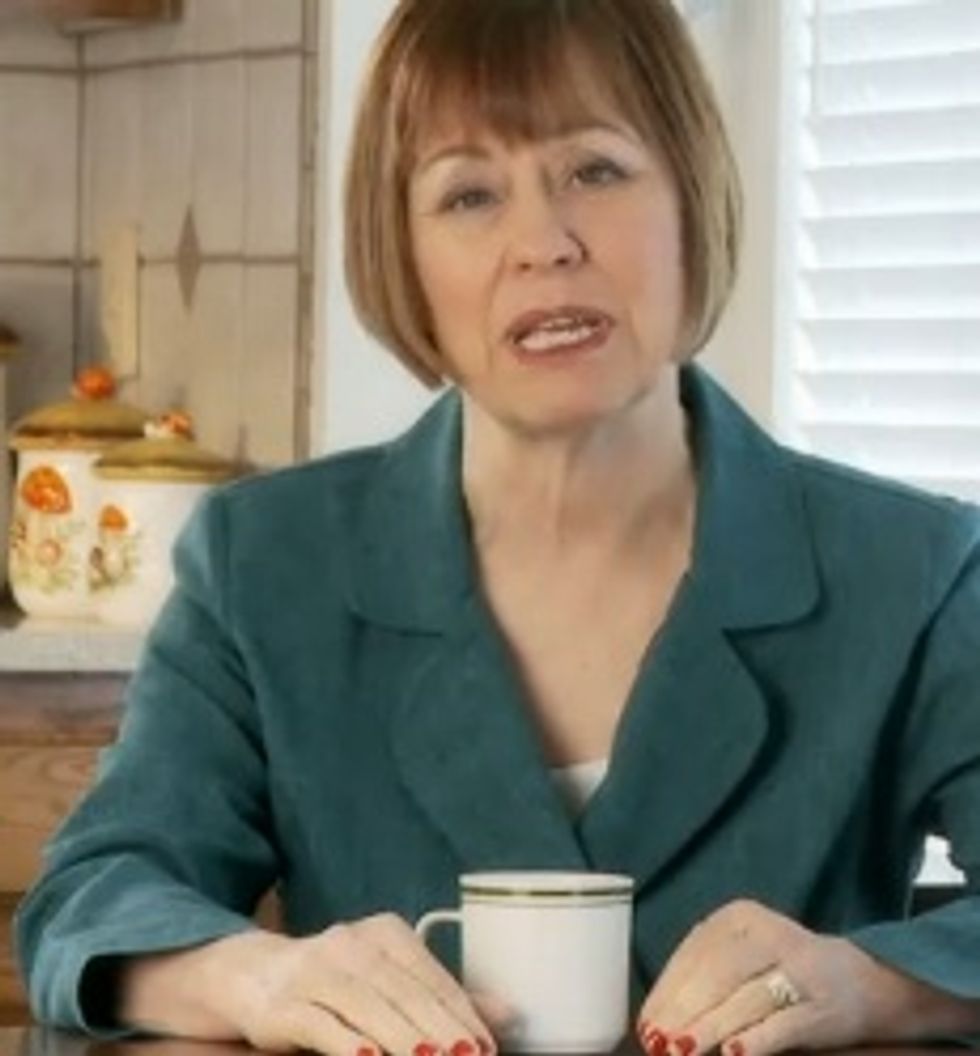 It's notall bad news (or good news) today! Crazy second-amendment-remedy granny Sharron Angle has a new YouTube posted on the YouTube! And that is simply ... weird? Comforting? Baffling? Let's go with "comforting," because when radiation rains down upon the American West this weekend, and kills everyone, we can at least know that some things stayed the same right up until the very end. Plus, Sharron Angle is probably evidence of nuclear fallout not totally killing you. She's alive, right? Damaged and crazy, but still technically alive. Until the Japanese Fallout arrives, anyway ....

She's apparently running for Congress. Doesn't say for which district, but the NYT presumes she means "Nevada’s Second District, which is being vacated by Representative Dean Heller, who narrowly defeated her in a 2006 run for the position. Mr. Heller is now running for the Senate seat left open by John Ensign, the embattled senator who recently announced that he will not run again." And also she will cause a "messy primary," and then a Democrat will win this House seat long held by Republicans. Second amendment solutions!

Preach it, Sharron! Tell it to us old-school, because you are apparently an old school teacher: