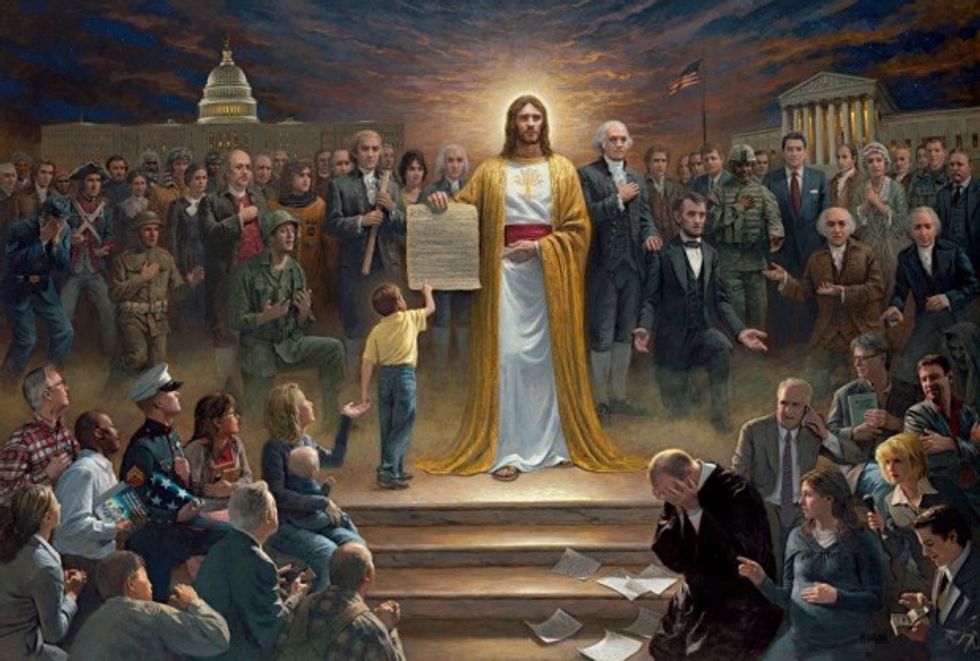 Here's a fun moment from the very end of an interview with neurosurgeon and Jesus Man Ben Carson on "Meet the Press." Chuck Todd passed along this query from Facebook user Victor Roush: "Simple question: Does the Bible have authority over the Constitution?" This is NOT a simple question, though, it's a really tough question! After all, this is a guy who's only running for president because God forced him to against his will, and who copied all his answers on a chemistry final from Jesus.

So Carson, not about to fall for the Liberal Media's tricksy tricks again, like that time when Chuck Todd tried to make him choose between religion and science, explained that the nuances of that question were far too great for the allotted time:

That is not a simple question by any stretch of the imagination! [...]

I think probably what you have to do is ask a very specific question about a specific passage of the Bible and a specific portion of the Constitution. I don't think you can answer that question other than out of very specific contexts.

As any fool knows, the Constitution is a pretty difficult thing, because sometimes it applies to you, and sometimes it doesn't.

It was pretty smart of Carson not to say something wild like "The Constitution is the civil law and the Bible is moral law for Christians," because that would have been controversial. Best to hedge a bit, because you never really know then the Bible might have a higher calling for you over the mere law of the United States. For instance, what exactly does Jesus have to say about the quartering of troops in private homes, or the regulation of interstate commerce, and are there subtle differences between Leviticus and Second Corinthians on how the census should be used to determine legislative district boundaries? At least one thing is clear, which is that Thou shalt have no laws Before the Second Amendment, and that the president shall from time to time speak to the Multitude on the State of the Union, amen.