Ben Quayle Gets Parents To Send Out E-mails Defending Him, Allegedly Once Ate Cockroach 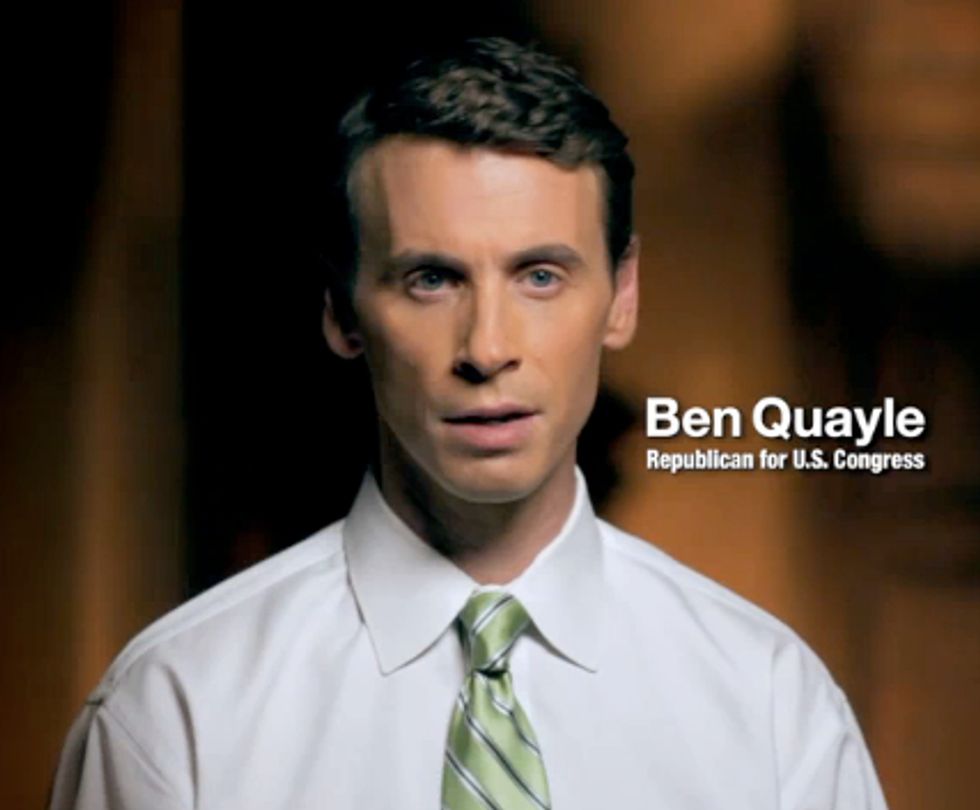 Ben Quayle has had a tough primary season, making headlines for hisweird automaton campaign ad and stealing children and for once making comments on a website called "Dirty Scottsdale." That latter thing has been used in attack ads by one of his opponents, which apparently hurt his feelings, as his parents have had to come to his rescue and send out separate e-mails defending him to supporters in advance of today's primary in AZ-3. "I have never in my 35 years of politics seen such an ugly, slanderous assault in the closing days of a campaign against a fellow Republican," wrote Dan Quayle, being careful to include the words "against a fellow Republican." But, more importantly, Wonkette operative "Derek T." has written us with an account of a time Ben Quayle ate a chicken-fried cockroach in school.

I was amused to see that Ben Quayle is running for congress somewhere (Arizona, apparently). Lord knows what he has to do with that state (hint: even less than Harold Ford has to do with TN/NY/etc.). I went to school with Quayle at St. Albans here in DC. I didn't really know him -- he was just another bland white kid -- but I do have a funny story for you:

At St. Albans everyone ate lunch together in a big wood paneled lunch room, where the names of all the graduates back to like 1905 are written on the wall in gold paint. We had chicken nuggets every once in a while. One day we were having chicken nuggets for lunch and Ben Quayle chomped down on one and it was actually a breaded and fried roach, not a chicken nugget. I don't think it was intentional on anyone's part, just one of those things that happens in food service, but it happened. Ben Quayle ate a fried roach. At his tony prep school in DC.

There you go. Congress may well have its first cockroach-eating Internet-commenter. [Salon]