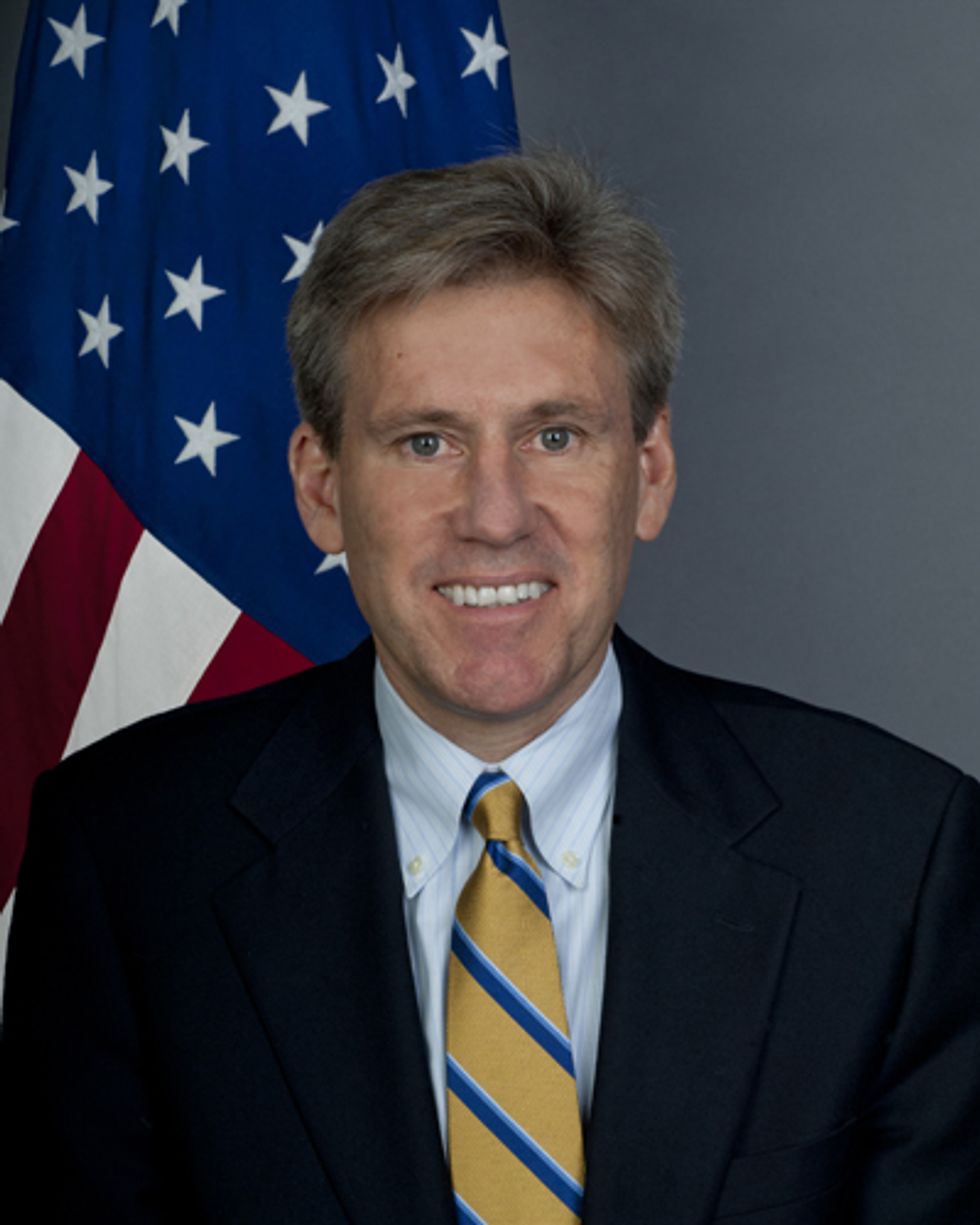 Now that the Republicans and Democrats have released their reports on what precisely happened in Benghazi, and the Republicans sadly failed to come up with any kind of smoking gun that conclusively shows that Hillary Clinton personally conducted the attacks wearing a pantsuit in bed with Huma while she Snapchatted with Sidney Blumenthal, this conversation is over, right? Hahaha, you precious naïve darling, of course not. The Republicans have announced they still want to do ONE MORE INTERVIEW, and then that will be the last we ever hear of it. Maybe. Probably. LOL just kiddin', the GOP is gonna keep mainlining that Benghazi crack until it kills them dead.

[wonkbar]<a href="http://wonkette.com/603495/house-republican-benghazi-report-fails-to-convict-hillary-clinton-of-murder-again"></a>[/wonkbar]Know who would actually like the conversation to be over, at least as it pertains to using the deaths of four Americans to derail Hillary's presidential run? The family of Ambassador Chris Stevens, one of those four Americans, they would like it to stop, please. The New Yorkerhas an interview with Dr. Anne Stevens, sister of the late ambassador, and it's a fascinating read.

Dr. Stevens acknowledges that the lack of security at our embassies around the world, and specifically in Benghazi, was a prime culprit in what happened, but for some reason she doesn't blame Hillary or Leon Panetta. Let's find out why:

Perhaps if Congress had provided a budget to increase security for all missions around the world, then some of the requests for more security in Libya would have been granted. Certainly the State Department is underbudgeted.

OHHHHH. And who in Congress slashed funding for embassy security? HMMMMM, that is a puzzle, we sure wish the internet could fill us in! Oh! It can! In 2012, Republican Rep. Jason Chaffetz admitted his lovely GOP counterparts had slashed funding, because, quote, "You have to prioritize things." Guess it wasn't really a "priority" until there was a useful, Hillary-hatin' reason to make it one.

Dr. Stevens says that her brother knew all that going in, and that he took the risks anyway because he had such a passion for the place and the people of Benghazi.

But, Dr. Stevens, what about how Obama and Hillary lied to everyone when they said it was a YouTube video attack, and not a normal terrorist attack? Isn't that the BIGGEST LIE EVER TOLD? The GOP sure seems to think so!

I could understand why that conclusion would be made, because it was right after the attack on the U.S. Embassy in Egypt. But, frankly, it doesn’t matter that that was the thinking, that night, about why the attack occurred. It’s irrelevant to bring that up again and again. It is done purely for political reasons.

Remember when Hillary got in big trouble for saying, "What difference does it make?" whether it was the video, or a planned terrorist attack? Well, this is Chris Stevens's sister, asking the same question. Quick, Trey Gowdy, launch a two-year investigation into why Ambassador Stevens's sister just made you look like a very small, creepy man!

We won't spoil the whole interview for you, and encourage you to click on over to learn more about Chris Stevens, who he was as a person, and why, even with the risks in Benghazi, he "probably would have done it again." Oh, and his sister weighs in on what he might have thought of the 2016 election.

[wonkbar]<a href="http://wonkette.com/603506/gop-benghazi-press-conference-basically-just-trey-gowdy-stepping-repeatedly-on-own-dick"></a>[/wonkbar]Trey Gowdy wants you to Read The Report and come to your own conclusions on what happened in Benghazi -- and you should read it! and the Dems' report too! -- and we would simply add that all the Republican members of the House Select Committee on Benghazi should read the interview with Dr. Stevens, and come to their own conclusions on whether they are all fuck-up assholes who need to STFU.