Bernie Sanders Surging In New Hampshire Poll, So You Should Buy This Mug 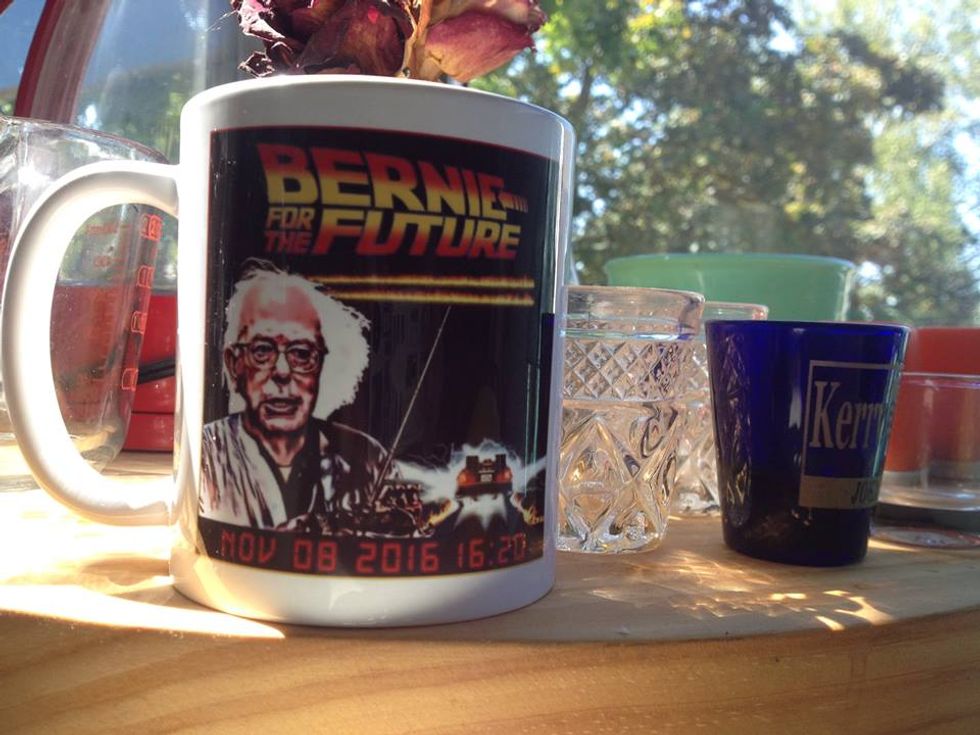 Bernie Sanders continues to be the under-the-radar, populist wild-haired guy from the Democratic wing of the Democratic Party, drawing enormous crowds (a record-stomping 28,000 in Portland, Oregon, on Sunday: 19,000 inside a sportsball arena, and the proverbial "over 9000" in an overflow area). He's even ahead of Hillary Clinton in New Hampshire in a poll released Tuesday evening. The Franklin Pierce University/Boston Herald poll shows Sanders leading Clinton 44-37 percent among likely Democratic primary voters, which is the first time Bernie has actually outpolled Hillz in the Granite State.

So-far-hypothetical candidate Joe Biden got 9 percent, while Martin O'Malley, Lincoln Chafee, and Jim "Would It Help If I said I'm Joe Lieberman?" Webb polled under 1 percent each.

And yes, it's just one poll, and Bernie is from next-door Vermont, and the sample size -- 442 voters -- isn't necessarily the bestest ever. It's also August, when people are more likely to be wildly optimistic about outsider candidates who draw enormous crowds in cities full of progressives. And because it's August and we love our Bernie so much, we would just like to point out that we have these lovely Bernie Sanders Coffee Mugs, so you can tell the world, or at least your cat, that you have Bernie's Back for the Future while you sip your morning coffee. And don't forget the T-Shirts, too! Just don't spill coffee from your Bernie Mug onto your Bernie tee, or you may create a time paradox that not even Doc Brown could unscramble. Or a stain.

We would tell you a lot more about how awesome Bernie Sanders is, but our draft has been taken over by Black Lives Matter.