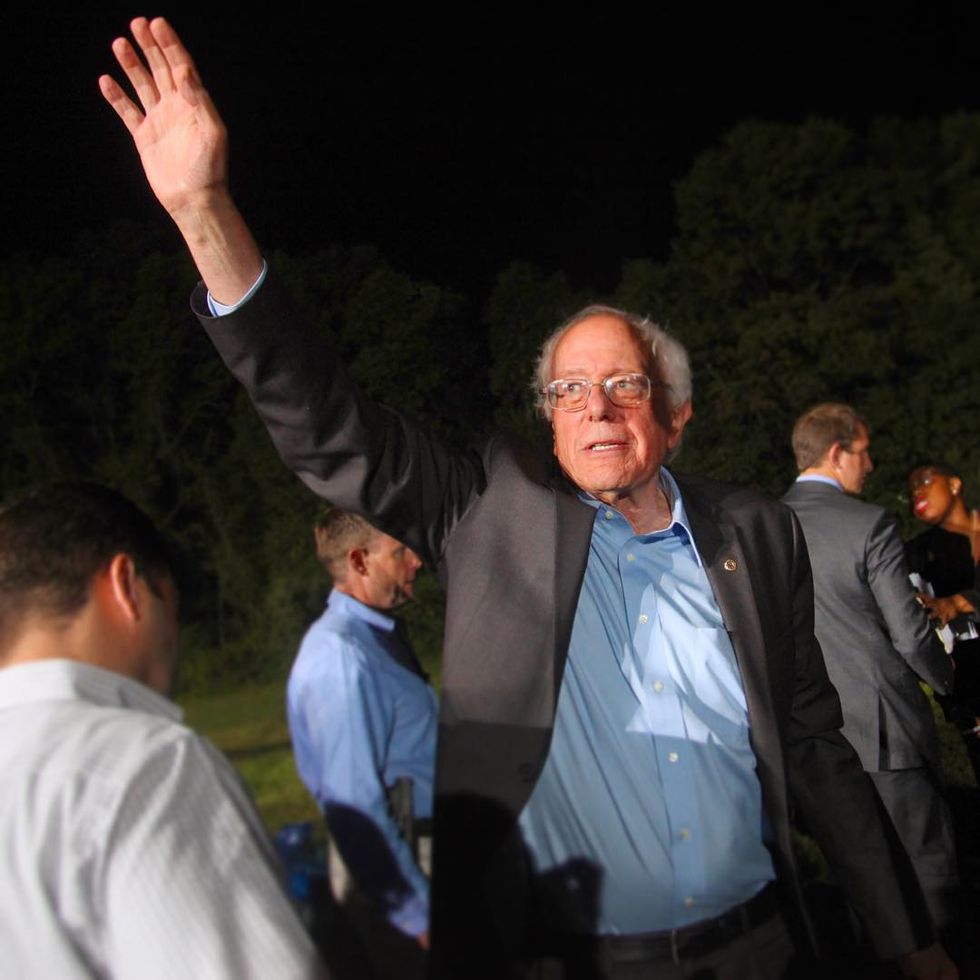 One late summer evening your Wonkette ventured to Manassas, Virginia, to see the hordes gather for a Mr. Senator Bernie Sanders for President rally. Said rally took place at the Prince William County Fairgrounds (yee-haw) a.k.a., a grassy field. It was the same site where, in 2008, then-candidate Barack Obama's once spoke to a crowd of 90,000 optimistic believers, of the great hope and change he would deliver. (Also, rainbows and unicorns, too.) Though this crowd was somewhat smaller, just a few thousand seekers of hope and change (and also rainbows and unicorns), the enthusiasm matched Obama's rally on that crisp night so many moons ago.

As Sanders spoke, not from a Teleprompter but from his very own elven magic soul, the crowd hung on every word. He championed universal healthcare as a right, free college, saving Social Security and the planet! And ending corporate greed and income inequality! And creating millions of wonderful jobs! The People cheered and waved Bernie signs in the air. When he spoke of creating the best childcare system in the world, milk flowed freely from the breasts of lactating mothers.

The beloved candidate left the stage as Neil Young's "Keep on Rockin' In the Free World" blasted through the speakers and happy rally-goers jumped fences and crashed through gates to snap a selfie with their beloved leader. (We think Kaleidoscope's "The Sky Children" would have better suited this crowd.)

"We're all going to college soon. No tuition! That's frickin’ awesome!" said one lad who was clearly too young to vote -- in the real election, though not in the Wonkette Primary, where it is not only legal but highly encouraged that you vote early and often.

"Bernie Sanders is not a Johnny-Come-Lately. He is a viable candidate and the primary candidate in the Democratic party," said a veteran who believed President Bernie will prevent the otherwise imminent privatization of the Veterans Administration. When asked about a Biden run, he added, "Joe Biden is the people's favorite. Everybody loves him! I say, Joe Biden Vice-President For Life."

And then a flying white unicorn swooped down from the moonlit sky and whisked the silver-tongued senator from Vermont away. But if you listened closely, you could hear the thundering footsteps of the ginormous Clinton political machine approaching, poised to swat dear Bernie out of the sky ... unless maybe the pope can protect him with an endorsement when he's in DC next week. What do you say, Francis?