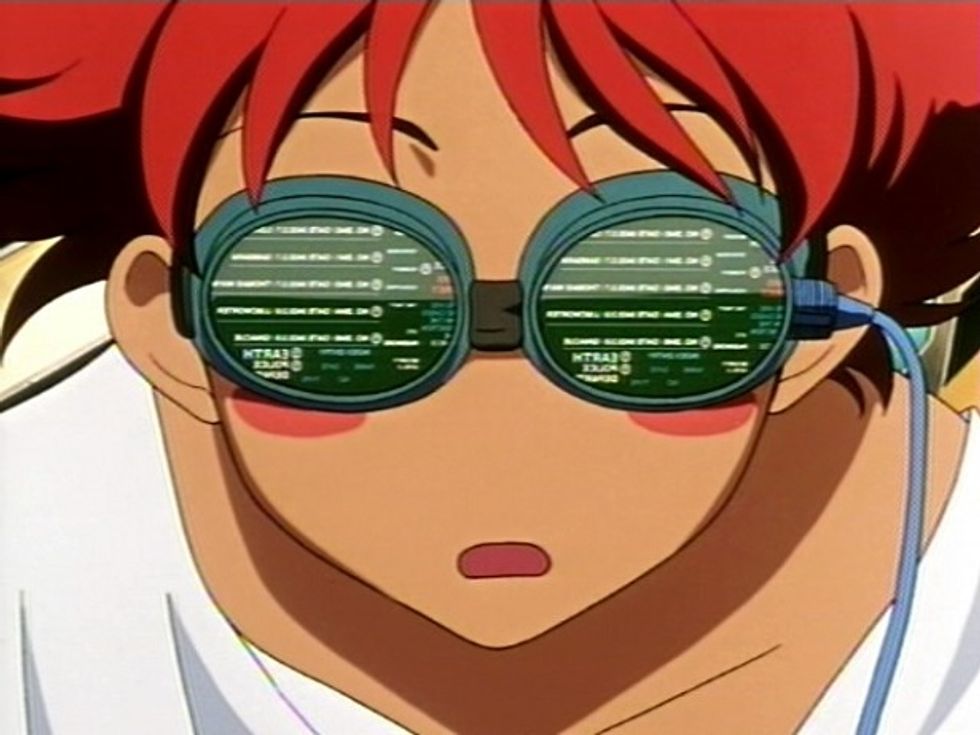 Education Secretary Betsy DeVos is a woman on a mission: She wants to make American public education worse while piling up big profits for people running private "alternatives," because if somebody's making a buck, then you know our children is learning. One of her favorite schemes for transferring education dollars from public schools to private hands is the virtual charter school, where kids can sit at home behind a keyboard and a monitor and get all the education they need without any indoctrination from Marxist teachers. Or, for that matter, without a hell of a lot of learning, either, according to a Politico story on the exciting vistas of online schools in Pennsylvania, where DeVos successfully got the state to shift tax dollars to cover students' enrollment at "cyber charter schools," as they're called there. Also, could you please not make too much of a fuss over DeVos and her husband owning a chunk of one online educational outfit, K12 Inc.? They're both already filthy rich, so that probably only amounts to pocket change.

Besides, says DeVos, such schools offer lots of opportunities that kids in rural areas just couldn't get. In Pennsylvania, more than 30,000 K-12 students are enrolled in virtual charters, and among the opportunities they offer are a 48% graduation rate, which you'd almost never see in a brick-and-mortar school district. Even more impressive, not a single cyber charter school meets Pennsylvania's "passing" standards. Many of the state's virtual schools have lower performance in math and reading, according to state assessments of rural schools. But what they lack in achievement, they make up for in depriving students of the chance to interact with other kids their age. Politico notes that many cyber-students do take part in athletics and other activities at local schools, so they're not altogether isolated; no word on whether they're experimenting, like one under-funded Idaho district, with online P.E. classes.

Obviously, there are a few bugs to work out, so the best approach is to pull more kids out of government schools and send that money to the online versions.

Some students really do well with the online classes, especially if they're self-motivated or have parents who can spend time supervising their learning and helping them with questions. Others, maybe not so much:

Success in these schools depends on a child’s ability — or a parent’s enforcement — to stay on task with no teacher in the room, researchers say [...]

Pennsylvania school districts with less-educated parents appear more likely to send higher percentages of students to virtual charters, according to research by Bryan Mann, an education professor at the University of Alabama who studied virtual charters while at Penn State.

In some cases, Mann said, kids may have been bullied or had trouble learning in a regular school environment, but it can turn out that "the only other option they have is something that’s not right for them, either." Yeah, but at least it's popular with many parents, who are happy their money is going to a program they like, not to the godless secular schools.

Wouldn't you know it, some of the biggest critics of the online schools are people running those failing public schools, which are for losers since they don't bring any return on investment:

Amanda Hetrick, superintendent of the Forest Area School District in Tionesta, Pa., said too often the kids are unsuccessful in virtual charters.

Hetrick said her district recently paid for one student to attend his senior year at a virtual charter school three times.

“It wasn’t a good choice for him," she said [...] "To be successful in online learning … you really have to be in a position where you have discipline or someone who is willing to sit with you and make sure you’re on task, similar to what teachers do, holding their attention on task in a classroom.”

Spoken like an advocate of government dependency. Since when was it adults' job to ensure that kids have guidance and coaching as they learn, huh? Best to let them fail so they learn life is hard.

Just how shitty are a lot of these online charter schools? Bad enough that advocates for charter schools like the National Alliance for Public Charter Schools are calling for them to be fixed.

“If traditional public schools were producing such results, we would rightly be outraged,” the alliance said. “We should not feel any different just because these are charter schools.”

Oh, but there's so much MONEY to be made! While the online charters are required to be nonprofits, says Politico,

Yes, that's the same K12 Inc that DeVos has a stake in. No big that she didn't list it on her federal disclosure forms, it's probably not much income at all. Think of the children's success instead, won't you? Besides, even if there are some rough spots here and there, the virtual charters really are opening exciting opportunities for learning.

You want proof? Even in the most rural areas, high school kids know who Pepe the Frog is, and they want to Make America Great Again. A lot of them have even picked up foreign languages, or at least can complain about the Lügenpresse.

Yr Wonkette is supported by reader donations. Pleas CLICK HERE so we can educate YOU about all the horrors of life in the Trump era.