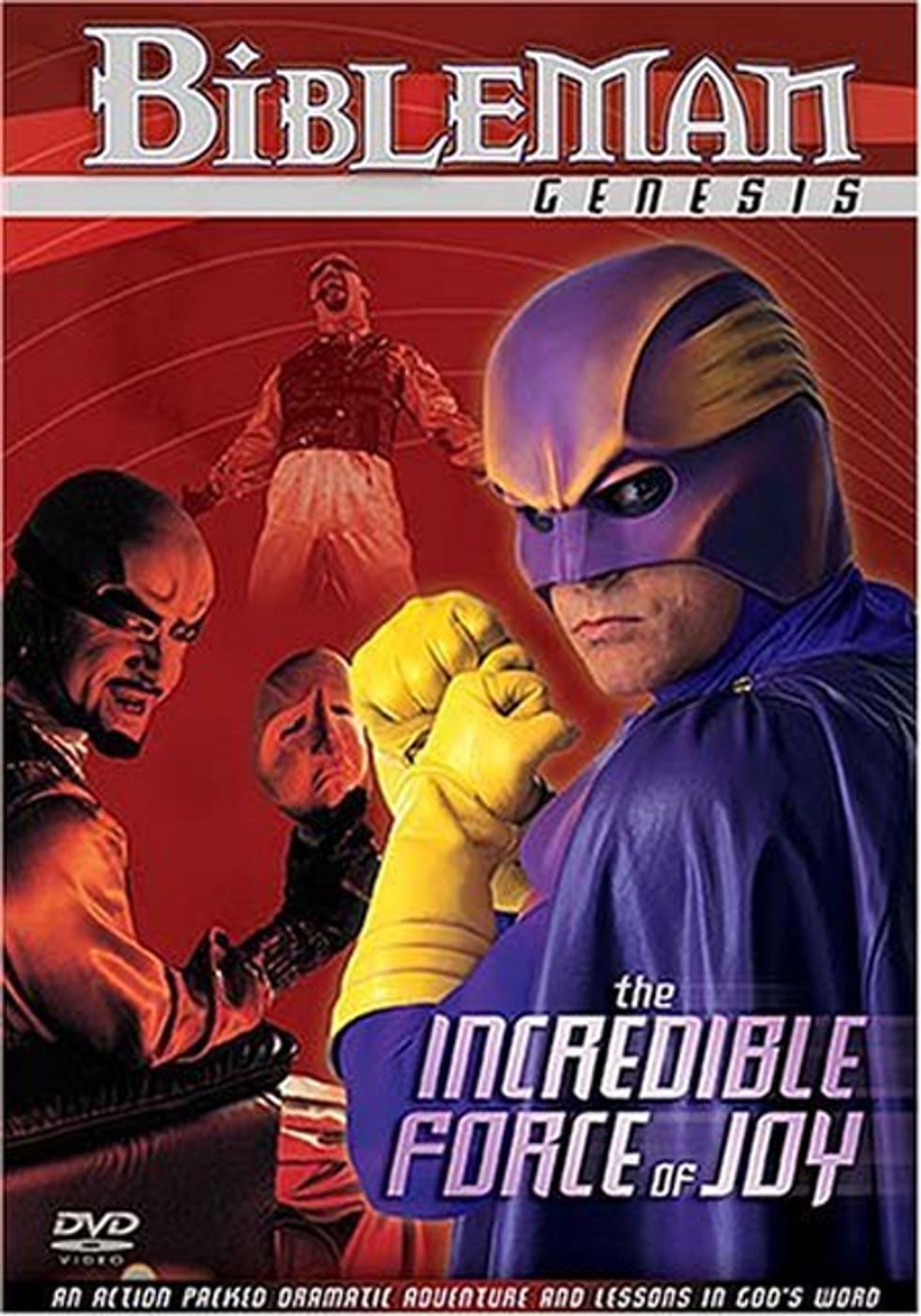 Cry for the poor oppressed Christians of Grundy County, Tennessee, will you please, O Wonkers? Lo, they are sore afraid, and most put upon, for an HERETIC is amongst them, using arcane magicks (the Constitution of the United States) and consorting with Devilish Forces (the Freedom From Religion Foundation) to withhold from the public schools the Word Of God! Which is to say, some old evangelist fart calling himself "the Bible Man" won't be allowed to hold taxpayer-funded revival meetings at the elementary schools anymore, because of some stupid thing about it being unconstitutional. Happily, it all worked out for the best because the good Christian townspeople have figured out the identity of the troublemaking atheist mom who complained to the FFRF, and they've been threatening her with violent retribution, seeing as how God Himself hasn't gotten around to smiting the godless bitch yet. But they know that's what He'd want.

(Also, excuse us, reporter lady at 26 seconds in, it's not so much that the Bible Man's message is unconstitutional as that having it as part of the school day is. Yes, even if the heathen children eventually find out they're allowed to go do something else while the good kids get their souls saved.)

You see, the Bible Man, whose secular government name is Horace Turner (and who also seems to have no web presence of his own -- darned if we've found so much as a photo), has been visiting public schools and ministering to the children of Tennessee and Alabama for some 40 years, with dioramas of Baby Jesus and sermons telling schoolchildren that "Jesus died on the cross for our sins," and the assemblies were completely voluntary for all the kids to attend (not that sitting out a God Meeting would ever cause a child in Tennessee to suffer consequences). And nobody ever ever complained about it until this one evil atheist lady -- who for some reason wants her hell-bound anti-Christian identity kept private -- contacted FFRF, and they sent a very mean, threat-filled letter to the Grundy County Schools, full of arcane mumbo-jumbo about "Supreme Court cases" and the highly questionable claim that "it is well settled that public schools may not advance or promote religion," even though everybody knows that the United States of Christian America is a Christian Nation founded on the Bible. Just look at the deviltry in their threatening letter!

Shortly after receiving the letter, Grundy County schools promptly suspended school visits from the Bible Man, and of course the good citizens of the county were OUTRAGED, taking to Facebook with loving Christian warnings of retribution for the parent who put an end to their beloved Bible Man's school ministry, like this loving suggestion that maybe some arson was warranted (naw, not really, it is just a joke, dumb lady! OR IS IT? Haha, you won't know until it's too late!):

But if she won't come forward and identify herself, how can we start a GoFundMe for her? Sorry, we forgot, the town's Christians are the victims here -- please give generously.

The school system's interim director, Dr. Willie Childers, clarified for local TV station WRCB that the schools don't want to get rid of Bible Man, but that, OK, when it comes right down to it, maybe they do have to comply with the Constitution, or at least with what the unelected heathens on the Supreme Court for the last 50 years say they have to do:

"At the last board meeting, there were several concerned citizens wanting to make sure that Bible Man or Mr. Turner will continue to be in Grundy County," said Childers, who hopes the school will adopt a "club schedule."

An after-school club would be a constitutionally permitted way for kids to get their precious Bible Time inside a school building -- which apparently is much better than getting it in a church or at home -- without it necessarily being a sanctioned school activity.

And for all the wingnut cries that just one "anti-theist whiner" took away a beautiful tradition and forced Atheist Tyranny on the schools, this isn't the first time Mr. Turner's school-based preaching has gotten him in trouble -- the FFRF also tried to get the beloved old fellow's presentations barred in the schools of Jackson County, Alabama, where in 2012 the school board held a vote and decided -- to rapturous applause -- that the Constitution doesn't say anything against it, no matter what those leftists on the Supreme Court think.

For that little stunt, Alabama state Sen. Shadrack McGill turned out to explain that he just plain didn't think there's any such thing as separation of church and state anyway:

“I don’t believe you keep God out of state. Church represents the body of Christ, Christ being the head of that body. No, I don’t believe in that separation,” said Sen. McGill.

After all, those words don't appear in the Constitution that Jesus wrote for us, and so neither does the concept, either.

Needless to say, rightwing blogs that complain about Barack Obama's disregard for the Constitution are aghast that one person (plus, OK, the threat of a costly, unwinnable lawsuit) can force people to stop doing an illegal thing that they've been doing for decades. What has this country come to?