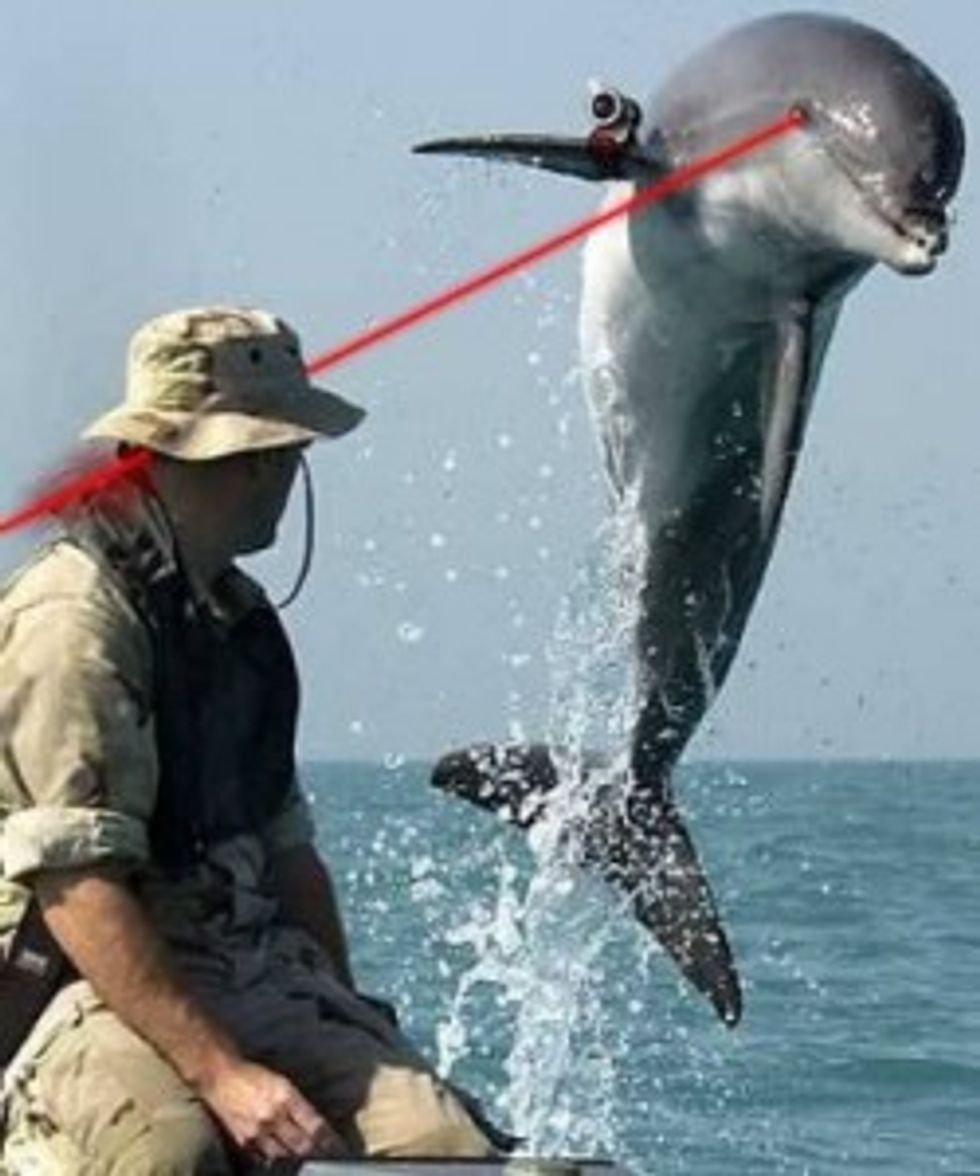 Not long ago Buzzfeed super sleuth Rosie Graybrought us news of ginger sock puppet Josh Trevino taking bribe money from the Malaysian government and passing it on to rightwing reporters in exchange for stories favorable to the Malays. So much was weird about this story, starting with the idea of writers from places like the Washington Times and the Daily Caller penning positive stories about a nation that strongly supports Palestine, has never formally recognized the state of Israel, runs a court system based on Sharia law parallel to its civil court system, and all sorts of other stuff that wingnuts oppose with a fervor unless someone dangles bags of sweet, sweet cash in front of them. It’s quite a conundrum: grab the cash or spend thirty seconds on Google? We know what we would do, if only someone would dangle some bags of sweet, sweet cash in front of us.

Now Gray is back with another scoop about yet another band of writers trading their integrity to pen favorable stories about another government seemingly at odds with their political leanings, this one in the Ukraine. And in exchange for this propaganda, the writers involved received…nothing? [Ed note: Ginger nightmare Josh Trevino also claimed for the better part of two years that he had received nothing. Therefore, because Josh Trevino is a huge nightmare liar, it would be irresponsible not to speculate.]

The bloggers involved, none of whom regularly cover Eastern European politics, say they were pitched by a public relations firm to write the stories, but that they weren't compensated for them…The public relations push appears to be part of a lobbying effort in Washington, D.C. on behalf of the Ukraine through a related organization, not the government itself.

So your story is that a public relations firm got some bloggers to write favorable stories in the American press about a foreign government they knew nothing about? Pardon our naivety, but is that not what public relations firms are supposed to do? Sure, we have gone after Lanny Davis for being a whore up to his elbows in blood money, but that is his job.

Is there something strange about the Ukraine we don’t know about? Is the country run by a madman who boils his enemies alive in oil or cavorts with weird retired NBA stars who also have a reality show to promote?

Gray reports that Viktor Yanukovych “is widely seen as a close ally of Russian president Vladimir Putin's [which] makes his placement in conservative media somewhat puzzling.” But Yanukovych has also sought closer ties with the European Union and tried to decentralize the Ukraine’s economy, which is good! But he has also been accused of jailing political opponents, particularly former president Yulia Tymoshenko, on trumped-up charges, which is bad! So what gives, wingnuts? What do you have to say for yourself, Ben Shapiro of Dead Breitbart’s Cornucopia of Bullshit?

(Shapiro) criticized Hillary Clinton for allegedly siding with the Ukrainian opposition despite its forming a coalition with far-right nationalist party Svoboda, and trying to "throw the election from current Prime Minister Viktor Yanukovich to his opposition."

"It's no surprise to see the woman who once hugged Suha Arafat shilling for a Ukrainian opposition that makes governing deals with reported Nazi knockoffs," Shapiro wrote.

"I have never been paid a dime by any political organization to write any piece whatsoever," Shapiro wrote in an email. "I was pitched the stories as I recall, but do not remember the source of the pitches. I found them newsworthy because they involved Hillary, Obama, and/or anti-Semitism."

Ohhhhh. You just wanted an excuse to slag on Hillary and Bamz for something, which is pretty much the main reason you even get up in the morning. Got it. How about you, Seton Motley, writer for American Thinker and Human Events?

"I'm pretty fortunate that I can write about whatever floats in front of me that I like…Should the mainstream media have to disclose in every story that they're being funded by George Soros?”

So the story here seems to be that a public relations firm hired by a group founded by a member of Ukraine’s ruling Party of Regions convinced some wingnut writers to pen a few blog posts favorable to a democratically elected, shady-but-not-necessarily-any-shadier-than-any-other-elected-government-in-a-nascent-democracy-in-a-former-Soviet-satellite-state regime, without paying those wingnut writers a dime? Cool scoop, Rosie.

Of course, maybe there is something here, since the same day Rosie broke this tale of corruption, several of the Ukraine’s death-dealing war dolphins with frickin’ laser beams attached to their heads reportedly wandered off into the Black Sea in search of some nookie. What better way to distract the world from finding out that a public relations firm in Washington might have actually been doing its job than to manufacture a crisis?

By the way, oversexed mammals armed with weaponry is the exact reason why we are opposed to arming students and teachers at our nation’s high schools and colleges, but that is a whole other story.