Bigot Twins' Hobo Dad Has Nothing Better To Do Than Heckle Gay Weddings, For Jesus 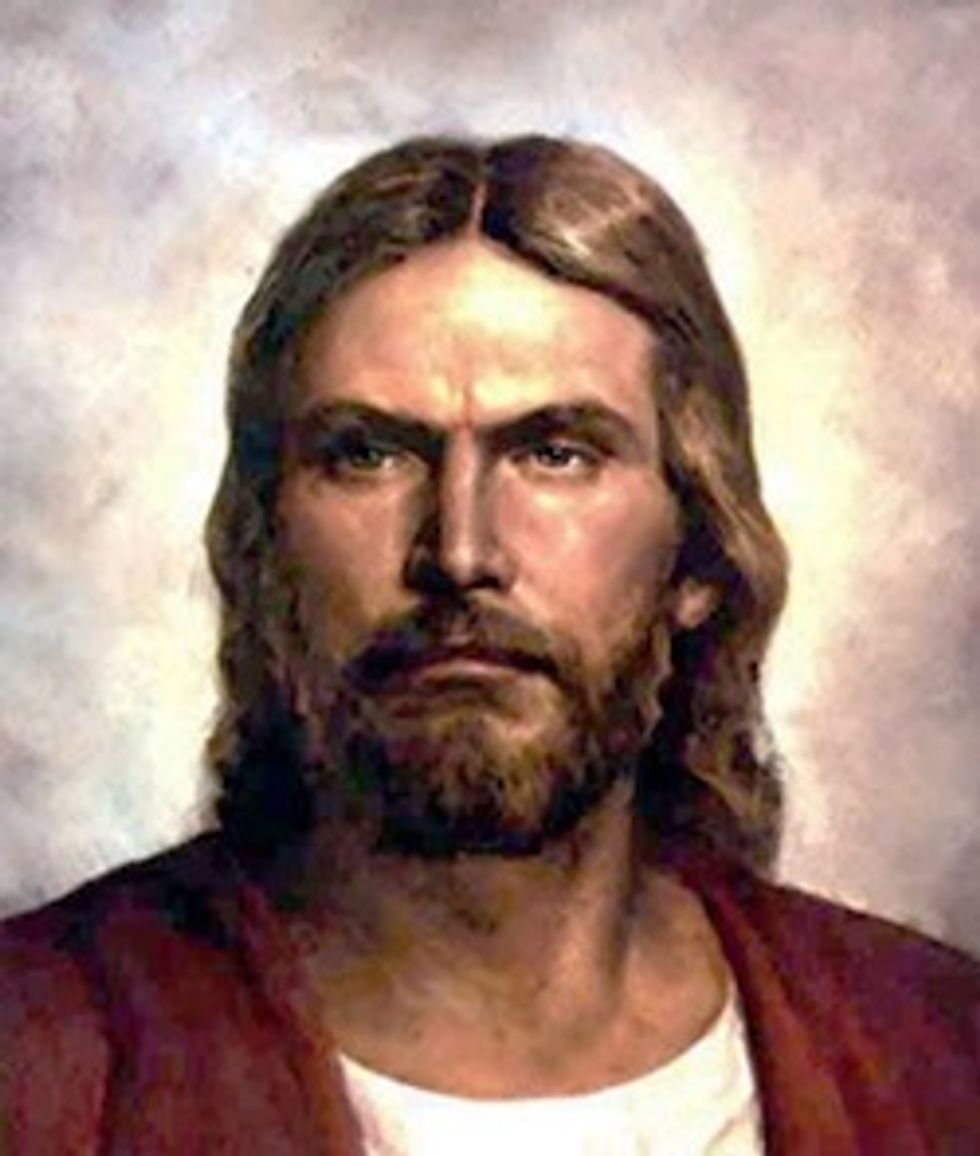 Remember when Jesus said all that stuff about queers putting their wangers in their butts and how you can't make a butt baby? We don't either, but some hoboconvicted stalker "street preacher" who is the dad of those sexy Aryan Bigot Twins sure does! And that is why he, Flip Benham, took time out of his busy day to heckle Adam and Steve while they got married at the Mecklenburg County courthouse in Charlotte, North Carolina.

Benham’s group, which in July disrupted a memorial service at a Unitarian Universalist congregation in New Orleans, “interrupted several couples’ weddings as supporters held up a large rainbow flag to block his view,” according to the North Carolina LGBT publication Q Notes. “Another protester waved a bible in the air as he screamed several profanities and vulgarities.”

Oh, they are terrific! Let's go back in time and remember their storming of the beaches at that Unitarian "church," yes?

[I]n New Orleans, some volunteers from the group invaded a Unitarian church service so they could set those godless Unitarian-Universalist heathens straight and let them know they were all bound for Hell. And they brag on their webpage about what a great job they did of witnessing to the sinners right there in that “Synagogue of Satan.”

You see, the group had been invited to speak to a whole bunch of fundamentalist churches in New Orleans, but they apparently figured that going where they were wanted was not at all what Jesus had in mind for them, so they went where they weren’t asked to go, too! Here’s their account of their creative ministering:

At the Unitarian Universalist “church” in New Orleans, Deanna Waller, Jay Rogers, Mary Claire, Ken Scott, Russell Hunter, Toby Harman and others presented the truth of the Gospel in this synagogue of Satan. As God would have it, the “church” was filled with students from a “social justice” training school. According to Rev. Flip Benham, OSA National Director, the team presented a “dynamic witness.”

Also, they started their shoutin' and a-hootin' during a silent remembrance of a person who died, because they are classy as fuck!

Of course, the Unitarians were totally intolerant about it, by asking them to please stop doing that.

She then invited the protesters to stay if they could join or observe the worship service respectfully, and if not, to take their protest outside the building. The congregation began to sing, and church leaders then began to lead the most vocal protesters outside, though a few chose to stay quietly through the remainder of the service.

They probably were just craving some lentils. (That is a funny joke about how if you go to a Unitarian potluck, half the dishes will be bowls of lentils. AM I RIGHT??? I am right. LOL Unitarians.)

Anyway, that's Flip Benham and Operation Save America. (OH, we forgot, they also like to threaten to murder abortion providers, for life.) Now they're stone cold heckling gay weddings and spouting "profanities and vulgarities" at them. Sounds like someone needs a better hobby.

In other news, I'm marrying a dude next month I met in September. We mix fibers, do sodomy (sometimes UPSIDE DOWN), keep the Sabbath unholy, and mocketh the Lord thy God. Plus, we are Christ-killers and Papists. What's a couple got to do to get heckled around here? Westboro, you feel like a road trip?