Bill Bennett Wishes Every Day Could Be 9/11 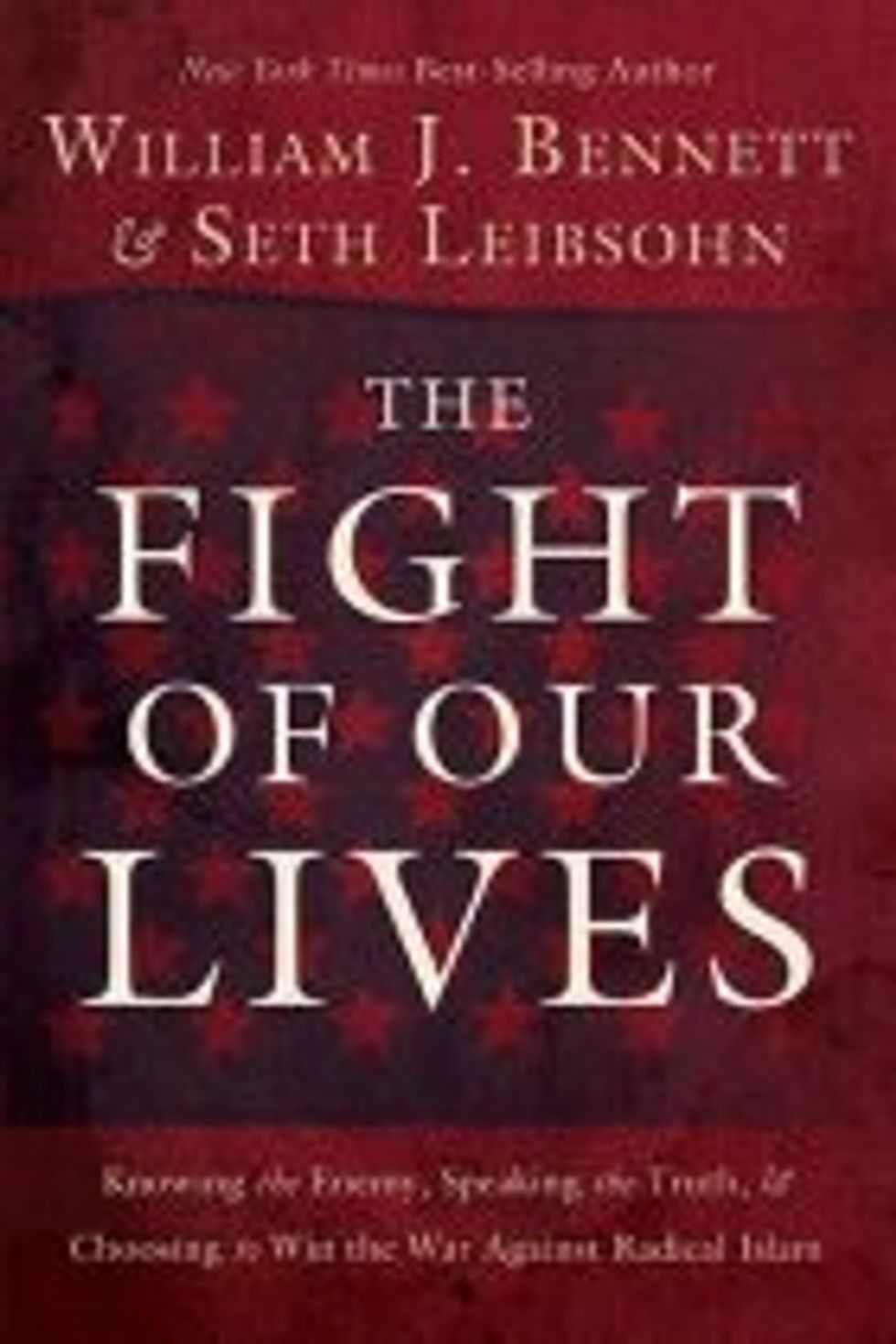 Bill Bennett -- or as he calls himself on his book jackets, "William J. Bennett"-- has shown over the course of his long career that he's mainly interested in three things: 1) holding back the tide of drug dealers eager to dine on your children; 2) reducing world literature to "And the moral of the story is..." formulas for encouraging good behavior; and 3) giving the Mooslims a good kicking. The way to give them a good kicking is through bombs and "moral clarity," which is shorthand for "America is always right, because our noted ally God says so." What is Dr. Bennett up to these days, book-wise?

Willy B. and his morning radio show producer Seth Leibsohn have just unleashed a blistering new scorcher of a hellacious flame-thrower titled The Fight of Our Lives: Knowing the Enemy, Speaking the Truth, and Choosing to Win the War Against Radical Islam. This isn't to be confused with Bennett's 2003 blockbuster Why We Fight: Moral Clarity and the War on Terrorism, though Bennett seems eager to recapture the magic of the '01-'03 era:

In early 2002, as our men and women were fighting in Afghanistan, polling for support of that effort showed public support exceeded 90 percent.

That was the high tide of Moral Clarity. Somewhere along the way, though, America lost its taste for victory inconclusive and bloody occupations of ornery lands. Bennett accordingly switches to sad face mode:

Fast-forward to the present. As of this writing, the latest polling reveals support for our Afghani efforts to be the minority position; some 58 percent of Americans oppose the war.

Your reviewer thinks that all the Afghan War needs is a little re-branding; rename the operation "Our Afghani Efforts" and public support should sky-rocket! It sounds as boring and inoffensive as your job at the Wal-Mart or insurance office or doomed stucco-subdivision construction company.

Lord Bill of Jalalabad and his deputy author are particularly hung up on the 2009 massacre at Fort Hood, which was, after all, committed by a Muslim. The mass shooting was a sign, Bennett says, that militant Islam is lurking behind every corner, even the corners here in America (like THAT one, right next to the Starbucks), and that consequently we need to bomb Iran (while not forgetting our oldie-but-goodie commitments in Iraq and Afghanistan).

Because the only way to deal with scattered religious fanatic losers like the would-be underwear killer, the Fort Hood shooter and that guy in Portland who wanted to blow up a Christmas tree is to unleash the full might of the United States Armed Forces against "Terrorism," i.e. use robot planes and cruise missiles to blow penniless goat-herders and Tehrani college students (and plumbers, and shopkeepers, etc.) to hell. Moral clarity!

Bennett has always enjoyed simplifying things that aren't known for being simple. In his most famous book he came to the conclusion that works of literature that raise tough ethical questions are actually much more like Michael Bay movies than works of literature that raise tough ethical questions. In his view they offer us "moral clarity," good guys vs. bad guys, right decisions versus wrong decisions and so on, much like a Bill Bennett book (this worth-reading article explains much better than your reviewer can).

For example: Bennett has written elsewhere about Macbeth as if it were a straightforward "Bad Dude and His Lady Get Their Asses Handed to Them" story. Which is exactly right, come to think of it, because at the end of the play an Apache helicopter shoots Macbeth to death and a B-52 drops a bomb on his castle.

The core of The Fight of Our Lives is Dr. Bennett's nostalgia for the days and months just after 9/11, when the entire nation was united in Moral Clarity:

After the attacks of September 11th, 2001, there was tremendous resolve in this country, just as there had been after Pearl Harbor...

We saw reports of people putting off their divorces, we saw an uptick in Bible sales, and we saw more and more people with addiction problems trying to get sober. We saw flag pins on lapels; we saw more flags on porches. We saw and heard better music.

What is he talking about here? We ask out of genuine historical curiosity, because we don't remember this "better music" part at all (we remember Britney Spears existing before and after 9/11, though perhaps the attacks did kill off Limp Bizkit) Also: "saw" music? Sounds a bit psychedelic, Mr. Former Drug Czar!

Anyway, point is: Bennett wants us to get back that enchanted time, bliss was in that war-dawn and all that. If you want to clear your morals and ward off springtime allergies of National Doubt and Angst, this is the book for you!

The Fight of Our Lives: Knowing the Enemy, Speaking the Truth, and Choosing to Win the War Against Radical Islam by William J. Bennett and Seth Leibsohn, Thomas Nelson Books, 208 pages, $13.59

Thanks to Wonkette operative "Kevin B."