Bill Cosby: Stop Smearing Me By Quoting All My Rape Words In The Newspaper! 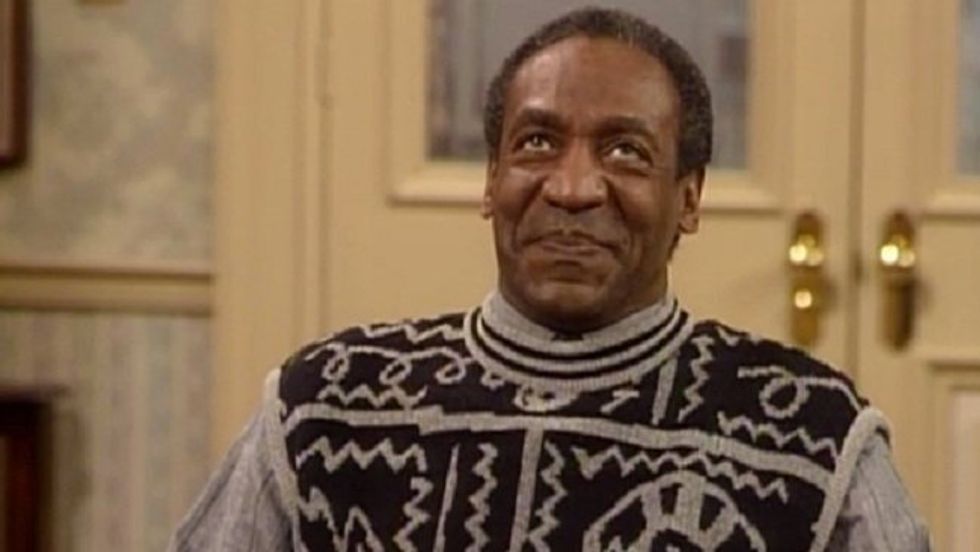 Ever since news broke early this month that Bill Cosby did drug women for the purposes of having sex with them, according to his own testimony, America has been reeling from shock over the idea that when a few dozen women accuse somebody of rape, that somebody is probably a rapist. Shocking, we know. Last week, the full deposition was released, which revealed a man who admitted to using rape drugs, his fame and money, and also some more rape drugs, for the purposes of "seducing" women who were rape-drugged at the time and, according to Cosby, might not have been in a position to give consent, which is rape.

All of this is to say that Bill Cosby, who said he is "a pretty decent reader of people and their emotions in these romantic sexual things, whatever you want to call them" (the word is "rape"), is the real victim, and why must one of his victims, Andrea Costand, smear Dr. Huxtable so much, by having his rape words released to the public?

Comedian Bill Cosby filed legal papers on Tuesday calling for court sanctions against a woman accusing him of sexual assault, saying she breached their confidentiality agreement in the leak of his full deposition from a 10-year-old civil case.

Cosby, 78, made the filing in the US district court in Philadelphia in opposition to recent motions by Andrea Constand, a former Temple University employee who has alleged the comedian tricked her into taking drugs before he sexually assaulted her.

And besides, Cosby and his lawyers say, it's not like the deposition showed anything beyond a Good Time 1970s guy, havin' a good time with some ladies what he had drugged, somebody else is the real rapist, and it is the media:

“Reading the media accounts, one would conclude that Defendant has admitted to rape,” the document said. “And yet Defendant admitted to nothing more than being one of the many people who introduced Quaaludes into their consensual sex life in the 1970s.”

The memorandum goes on to call Constand’s request to open the entire Cosby settlement to public scrutiny an “obvious attempt to smear” the performer and says she should be sanctioned for leaking the nearly 1,000-page deposition transcript to the New York Times through her “own hired court reporter”.

The lawyers went on to write, "There are countless tales of celebrities, music stars, and wealthy socialites in the 1970's willingly using quaaludes for recreational purposes and during consensual sex," but WEIRDLY ENOUGH, they did not cite all the examples (SO MANY, WE'RE SURE!) of how all those celebrities, rock stars and socialites did Quaalude sex in the '70s and were subsequently accused of rape by 40 some-odd ladies, huh, guess they just aren't very good at writing lawyer words.

They should include that next time they're defending a celebu-rapist, could come in handy.