bill kristol iraq pt stupid is as stupid does war 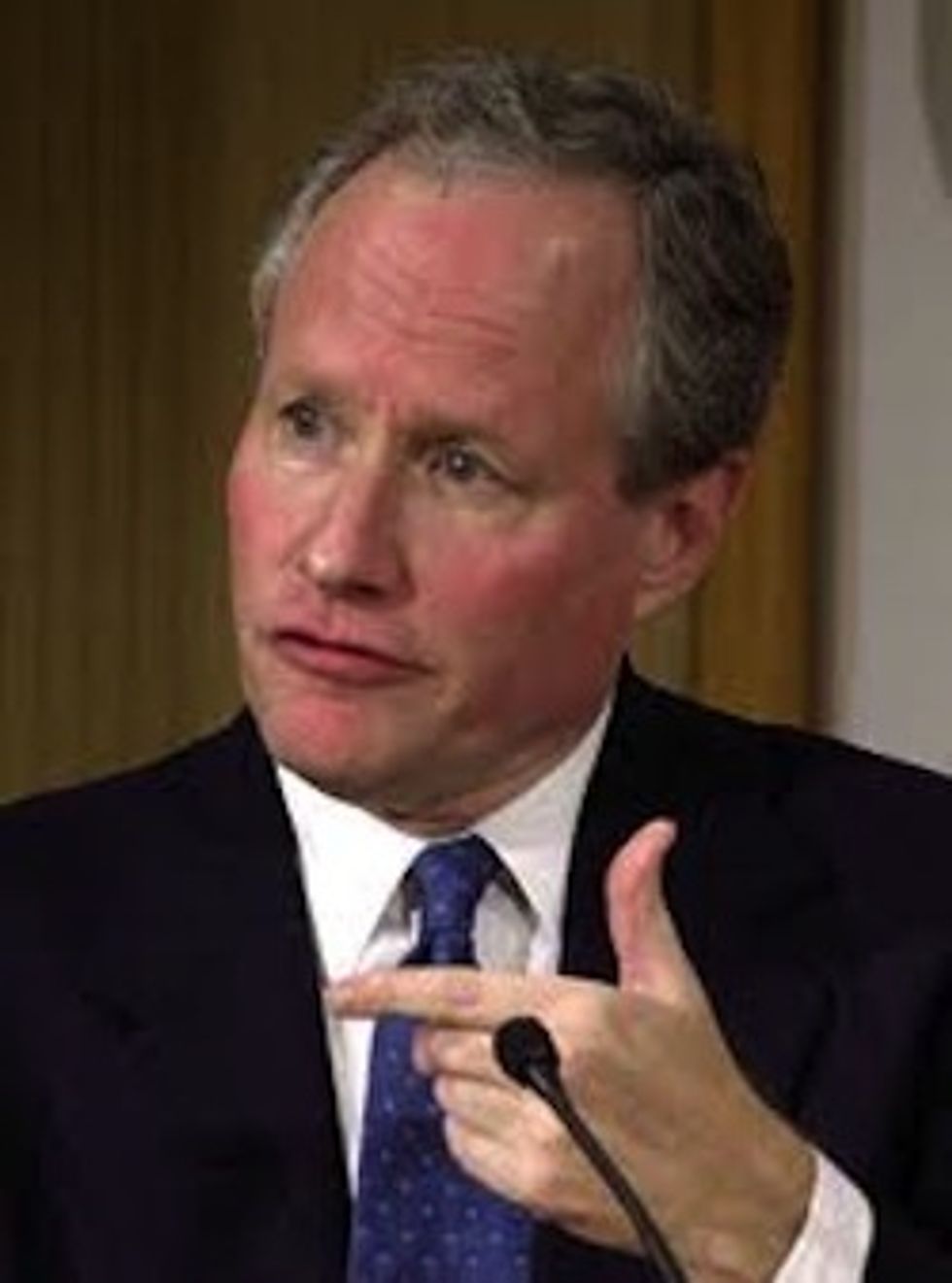 There is no problem that cannot be solved by more war. Sure, that may sound kind of dumb to you, but you are not Bill Kristol, the spittle-filled sack of stupid who has never been right about a thing ever in his entire lifetime. You think that's hyperbole? It took him until 2013 to figure out Sarah Palin probably does not have a political future.

Kristol loooooooooves him some war. War is great. It is the best. Since he was first spawned from Satan's butthole, he has never heard of a war he didn't enthusiastically cheer (even if he didn't actually serve in any of those wars, because it's so much easier to write columns about how other people should serve in a war you desperately want, isn't it?)

Kristol doesn't care if pansy-ass whiny Americans are maybe a little tired of war. Oh no. You know what the cure for war-weariness is? It is more war!

So American war-weariness isn’t new. Using it as an excuse to avoid maintaining our defenses or shouldering our responsibilities isn’t new, either. But that doesn’t make it admirable. [...]

In fact, the idol of war-weariness can be challenged. A war-weary public can be awakened and rallied. Indeed, events are right now doing the awakening. All that’s needed is the rallying. And the turnaround can be fast.

See, that's all we need. Just a little more war to perk us right up and give us our second wind like it's 2 AM and we're drunk and just want to stumble home but Kristol knows a guy who knows a guy who can score us an eight ball to keep us partying until dawn.

Kristol's rallying cry is a departure from his standard drumbeating. See, he usually has a specific list of countries he'd like to bomb. Not that long ago, he was insisting we do some war on Syria so we can do some war on Iran. Apparently, he's just phoning it in this week, since he doesn't even bother to list countries he'd like to bomb. Maybe it's oh all of 'em Katie, as his long-time crush would say. Any old country will do, so long as we can get all fevered up over warring on someone. Maybe Eurasia or Freedonia or Atlantis. Whatever, he doesn't care. The country we do war to does not even matter. The point it simply to get our war on so we can get over our war-weariness. It's like a hair-of-the-dog sort of thing.

No doubt the irony of begging for any old war this week is lost on Kristol. See, kids, this week marks the 11th anniversary of that time we invaded Iraq because shits and giggles. We haven't talked about that much, because it's such ancient history, and besides, it worked out so well for everyone. We were greeted as liberators, with flowers and candy and suicide bombs. But pffft, whatever. Kristol loved the shit out that war too. We're sure he still masturbates to grainy footage of our epic Shock and AweTM campaign that was, Kristol insisted, going to last no more than "two months." And except for being completely wrong about that, he was completely right. And it only cost us $2 trillion! What a fiscally conservative bargain!

So whatever hesitations you might have about more war, get over it. Kristol's got some quotes from Shakespeare and some fond memories of Reagan, and this time -- this time, boys and girls -- he knows he's right. War is just the thing we need to "awaken us from our unworthy sleep." So strap on your codpiece and get your war on today.

[The Weekly Standard via TPM]