Bill Kristol Has Learned The Real Lesson Of Ferguson 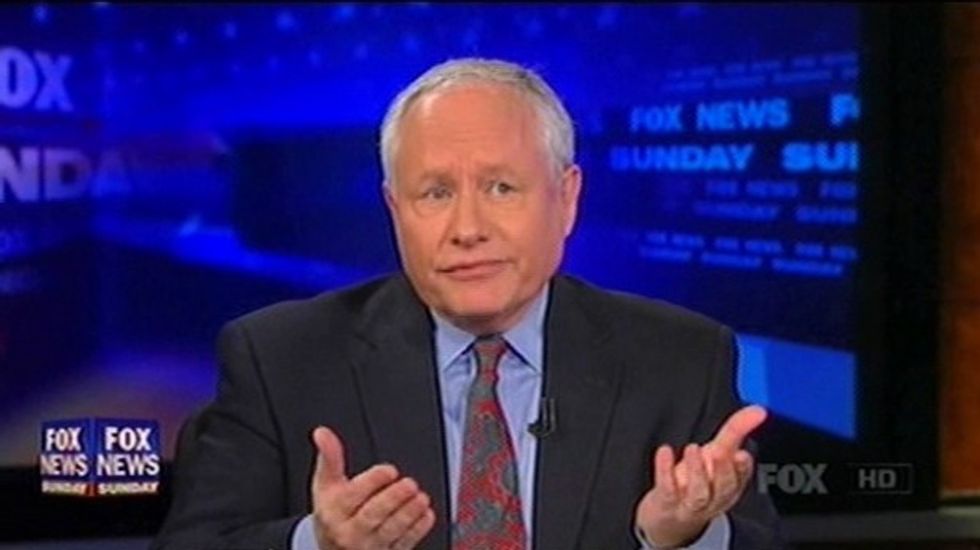 Ever since Bill Kristol got himself a Twitter account, we've been enjoying his condensed doses of S-M-R-T. Like that time he admitted he's kind of stupid, or his wish that Richard Nixon would come back and save us. But now, having waded a bit into the technological ocean, Bill Kristol is ready to suggest some bold new initiatives to use tech -- like maybe to fight crime!

Sure, it doesn't make a lick of sense. But it participates in the same stream of logic whereby it was OK for the CIA to use torture because terrorists kill civilians, so why the hell not? Now let's see if the criminals will agree to this commonsense solution.